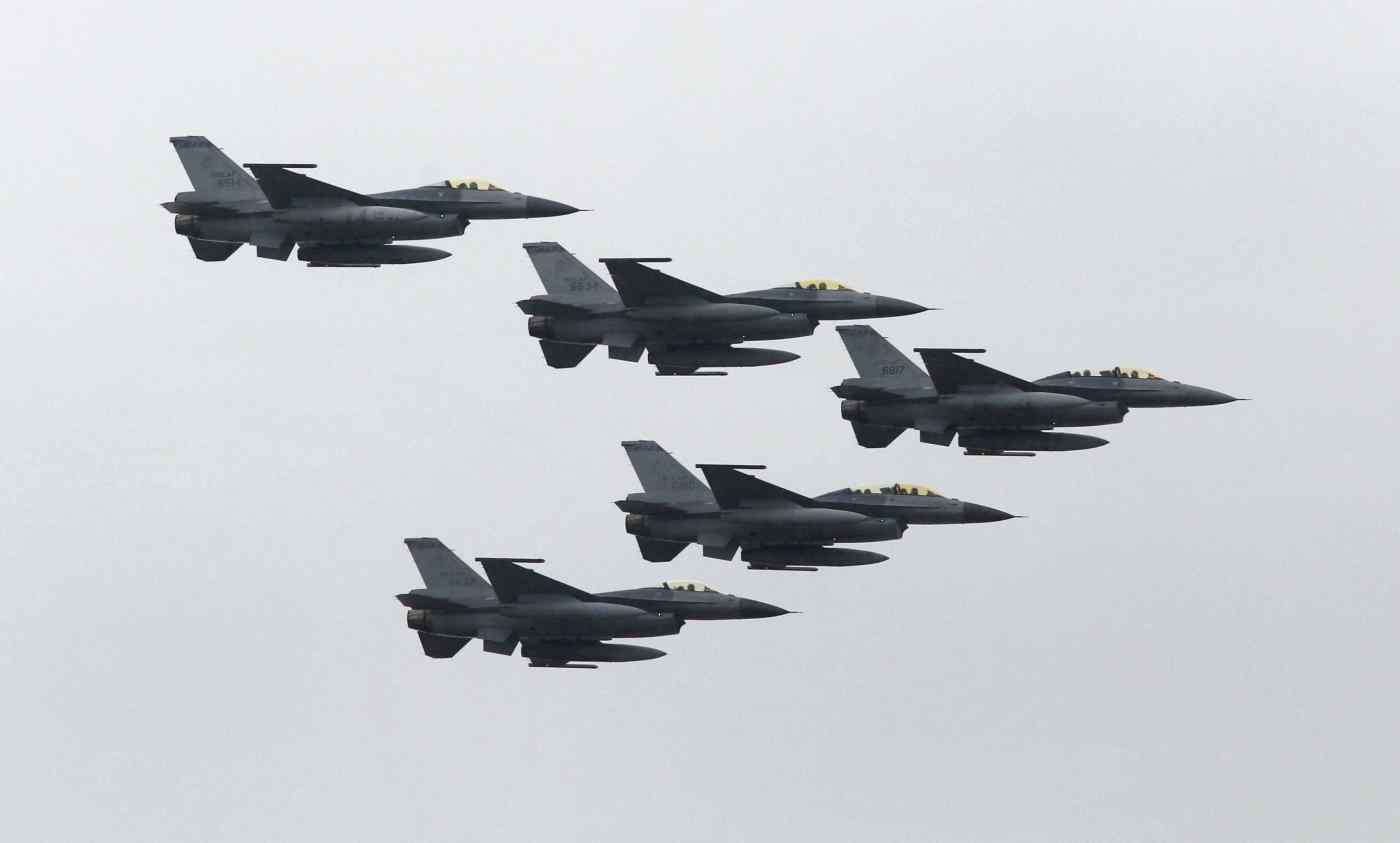 TAIPEI -- Taiwan has asked the U.S. to sell F-16 fighter jets, the Ministry of National Defense said on Wednesday night. The news could trigger a protest from Beijing, which positions Taiwan as its "core interest."

Taiwan media reported that the island will buy 66 F-16V jets. Following the reports, the ministry issued a statement saying that it had conveyed to the U.S. through diplomatic channels that it would need to buy new fighter jets to beef up its air defenses.

China has stepped up its military pressure on Taiwan since 2017, with its military flying missions around the island.

Meanwhile, the U.S. Navy dispatched two vessels in February to the Taiwan Strait to counter China's maritime expansion in the region. Sale of the F-16 fighters could further ramp up tensions between Washington and Beijing.

The ministry, however, denied reports that the new jets could cost up to $13 billion, adding that it will wait for the U.S. to respond before beginning talks, as prices for the aircraft vary.