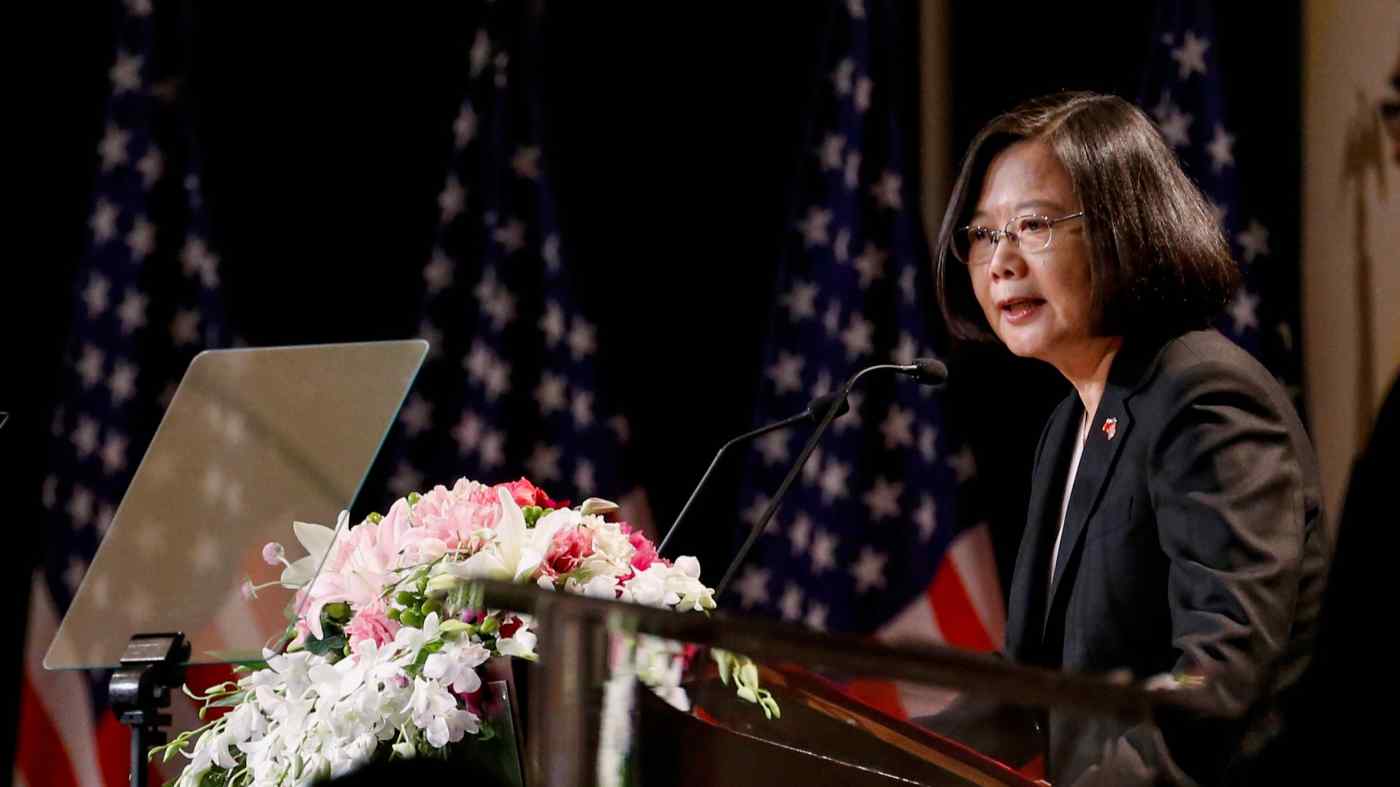 The government of Taiwanese President Tsai Ing-wen is making a move in a part of the world where China has been stepping up its diplomatic reach.   © Reuters
July 3, 2020 13:35 JST | Taiwan
CopyCopied

TAIPEI (Reuters) -- Taiwan said on Friday it will re-open its de facto consulate in Guam, a strategically-located U.S. island with a large U.S. military base in the Pacific, a part of the world where China is stepping up its diplomatic reach.

China is challenging U.S. influence in the Pacific, a region that the United States has considered its back yard since World War Two. Last year, China whittled away at Taiwan's allies in the Pacific by winning over Kiribati and the Solomon Islands.

Taiwan's Foreign Ministry said the re-opening of its Taipei Economic and Cultural Office in Guam, after its closure in 2017 for budget reasons, was a response to closer Taiwan-U.S. relations and the strategic importance of the Pacific region.

"Reestablishing TECO in Guam will facilitate economic and trade cooperation and exchanges between Taiwan and the greater western Pacific region, deepen Taiwan's relations with its Pacific allies, and increase multilateral exchanges," the ministry said.

China considers Taiwan its own territory with no right to state-to-state ties. Four of Taiwan's remaining 15 diplomatic allies are in the Pacific - Palau, Nauru, Tuvalu and the Marshall Islands.

The small developing nations lie in highly strategic waters, and the United States and its friends like Australia have become increasingly concerned by China's moves to expand its footprint there.

Taipei and Washington have no formal diplomatic relations, but the United States is Taiwan's strongest supporter on the international stage, which is another source of tension between Washington and Beijing.

Taiwan President Tsai Ing-wen went to Guam in 2017 on her way back from visiting the island's Pacific allies.