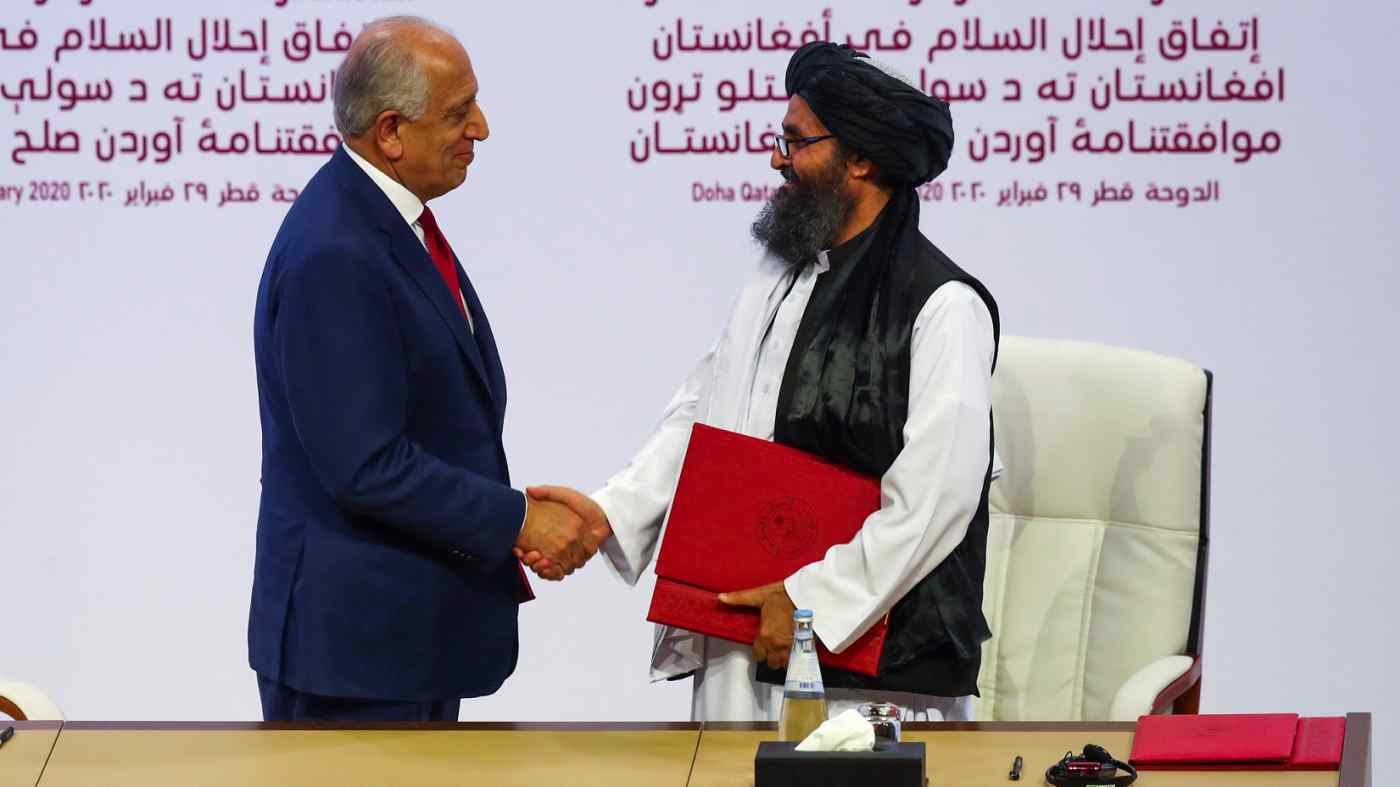 Mullah Abdul Ghani Baradar, leader of the Taliban delegation, and Zalmay Khalilzad, U.S. envoy for peace in Afghanistan, shake hands after signing an agreement at a ceremony between members of the Taliban and the U.S. in Doha, Qatar on Feb. 29, 2020.   © Reuters
TAHIR KHAN, Contributing writerFebruary 3, 2021 16:14 JST | South Asia
CopyCopied

ISLAMABAD -- Amid growing distrust over the future of peace talks with the administration of new U.S. President Joe Biden, Taliban leaders have called commanders back from their winter break earlier than usual, a leader of the group told Nikkei Asia.

In winter, roads are blocked and mountains are covered with snow in parts of the war-ravaged country that slows fighting and the Taliban usually allow many of its commanders to put down their weapons. The long break lasts until a "spring offensive" is declared, normally in late April or early May, which marks the beginning of the annual fighting season.