Japanese companies think Thailand could sweeten the pot a bit 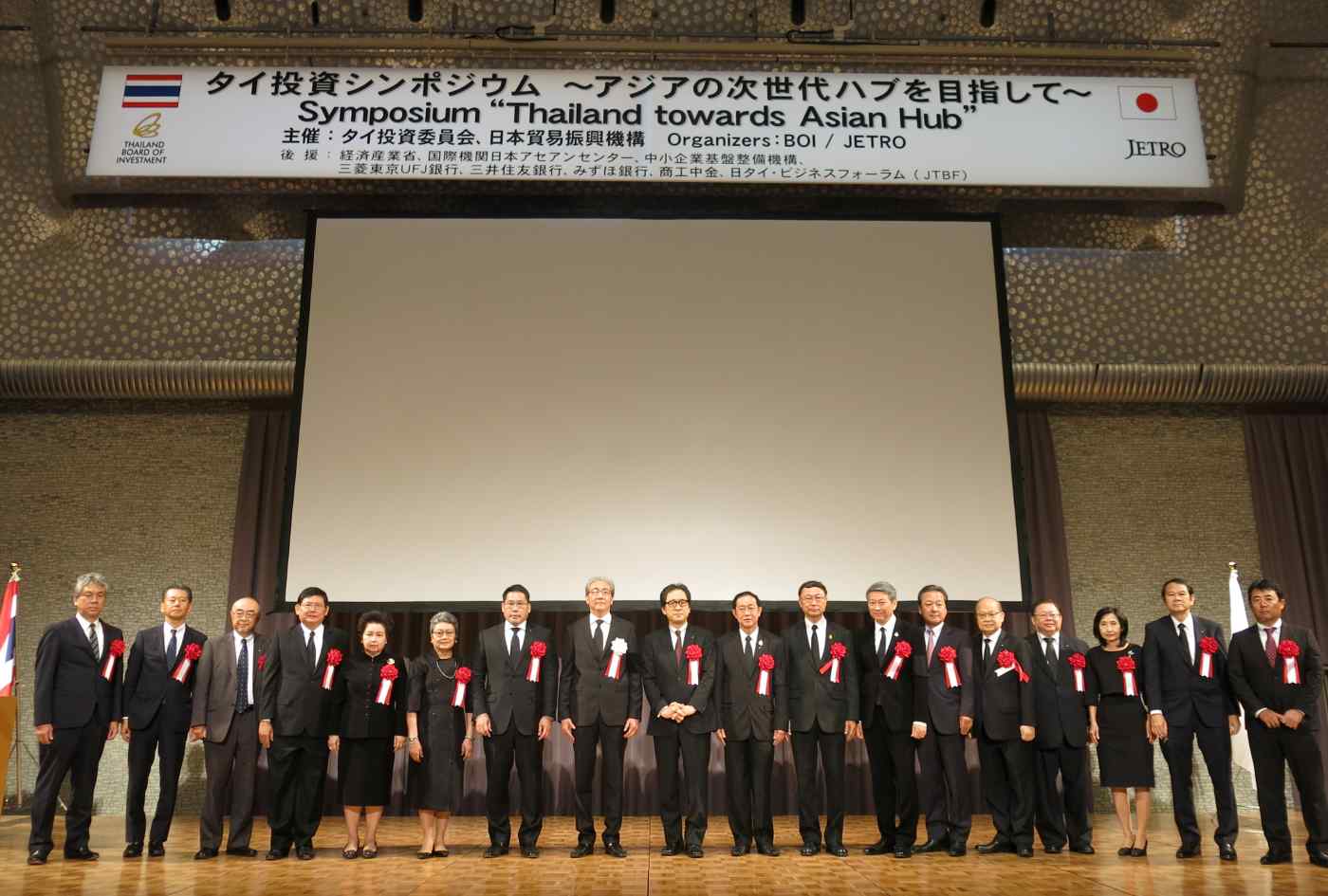 TOKYO -- With his country's economy "at a critical juncture," Deputy Prime Minister Somkid Jatusripitak and three other Thai ministers had a tall order to fill here on Wednesday: Convince Japan Inc., already Thailand's largest source of foreign direct investment, to put even more money into the country.

Thailand's economy was booming not so long ago. But today it is struggling to escape the middle-income trap. Under the moniker of Thailand 4.0, the country is seeking to pivot away from labor-intensive industries and toward high value added sectors.

"Our economy has relied on industries providing low value-added, cheap goods," Somkid said in a keynote speech to 1,000 attendees, including Japanese executives and investors. "Thailand is determined to develop the next generation industry."

The symposium was organized by the Japan External Trade Organization and Thailand's Board of Investment. Three other Thai ministers -- Suvit Maesincee, minister attached to the Prime Minister's Office; Uttama Savanayana, minister of industry; and Pichet Durongkaveroj, minister of digital economy and society -- were also on hand.

Thailand has remained under a military-dominated government since a coup three years ago, but a general election is expected to be held next year. In the meantime, Uttama said, the government "will accelerate reforms" and lay the foundation of the Eastern Economic Corridor.

Spearheaded by Thai Prime Minister Prayuth Chan-ocha, the corridor has a budget of 1.5 trillion baht ($44 billion), with the money coming from public and private infrastructure funds. Thailand hopes to attract information technology, robotics, biomedicine and other high-tech industries to the corridor by doling out business and tax incentives.

Thailand is seeking Japan's cooperation on the flagship project. Earlier on Wednesday, the Thai industry minister and his Japanese counterpart, Hiroshige Seko, signed a memorandum of understanding to accelerate Japanese investment. The two sides will provide support to Japanese investors and exchange investment information.

"Through this, we have the Japanese government supporting companies with the most cutting-edge technology willing to invest in our EEC," Somkid said. "This will transform the Thai manufacturing industry [and fit it] to the digital age." 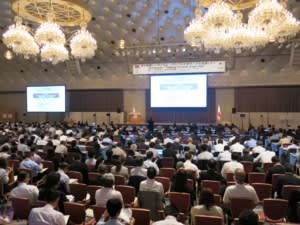 A symposium touting Thailand as an investment destination attracted around 1,000 audience members in Tokyo on June 7. (Courtesy of JETRO)

Uttama said the industrial zone will be the most advanced in the region.

According to a survey in which JETRO Bangkok queried 48 major Japanese companies with investments in Thailand, 53.6% of the respondents said they see the corridor as strategically important to their businesses. Close to 80% said they consider the corridor's inducements to be effective.

But JETRO Chairman Hiroyuki Ishige has some misgivings, like the country's aging population and a relatively unskilled workforce. He said he is not "necessarily optimistic" about Japan continuing to be Thailand's top source for foreign direct investment.

"Thailand is at a critical juncture," Ishige said, wondering whether the country's industries -- and its economy -- can move forward. "Regarding the ECC, Japanese companies are looking for clearer plans and effective policies, with stronger commitments form the government," he said.

During a panel discussion, Yasuo Tanabe, a Hitachi vice president, requested better incentives from the Thai government for participation in public-private infrastructure projects.

He used Hitachi's high-speed railway project in the U.K. as an example. The British government, Tanabe said, took on the "ridership risk" -- essentially assuring that the railway would not lose money even if it failed to attract enough passengers. "Without a stronger commitment from the host government," Tanabe said, the private sector "will not be able to finance projects."