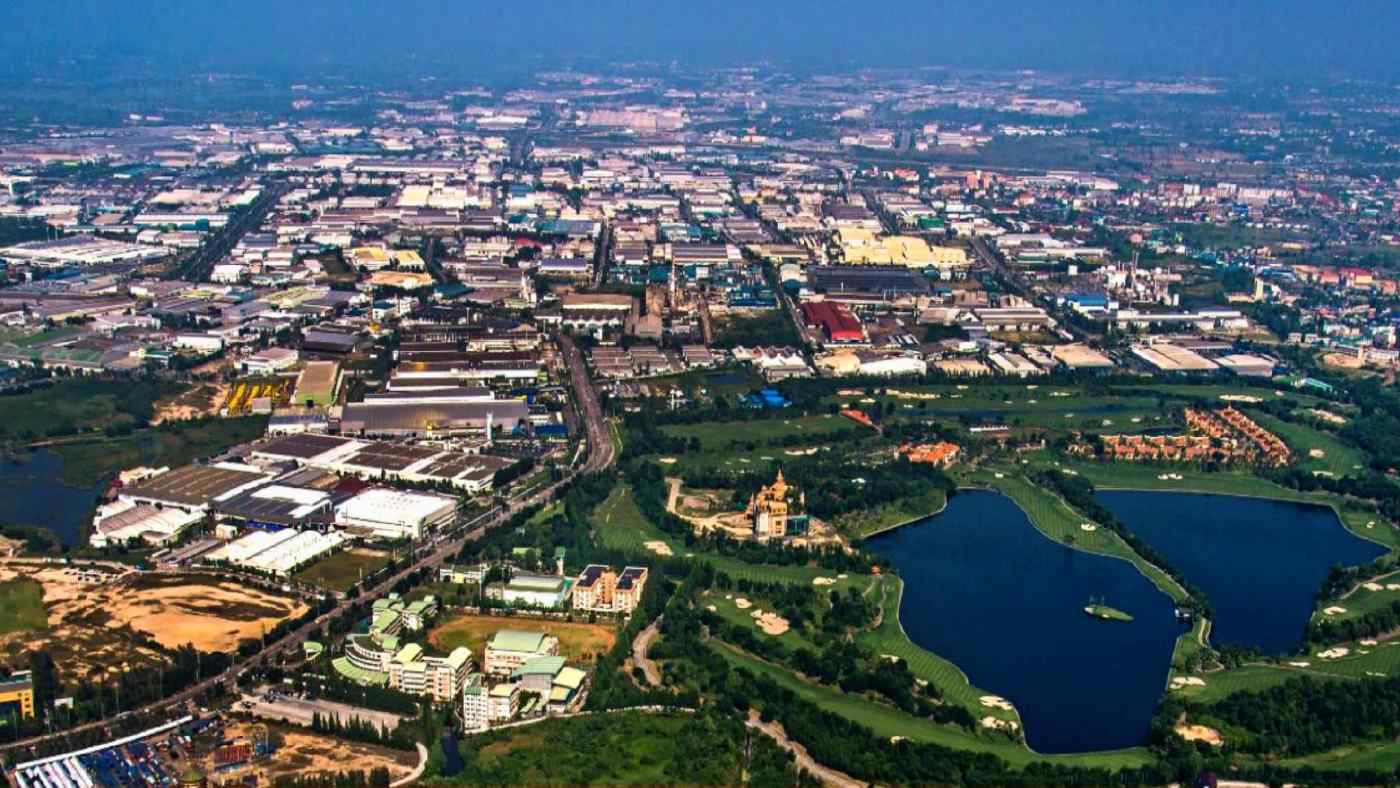 TOKYO -- Japan and China are set to agree on promoting roughly 50 private-sector, third-country infrastructure projects this week, setting in motion the first joint deal of building a smart city in Thailand as early as this year.

Japanese Prime Minister Shinzo Abe and Chinese Premier Li Keqiang will affirm both governments' commitment to the joint projects when they meet in Beijing on Friday. The two countries see third-country infrastructure as a cornerstone of their growing economic cooperation.

The Japanese prime minister will also attend a forum on infrastructure investment in the Chinese capital that day. Roughly 1,400 company representatives from both countries will also be in attendance to ink deals on the 50-plus projects.

China hopes that working with Japan will be a boost to its Belt and Road Initiative, which has come under criticism for forcing emerging countries to take on excessive debt. Japan, on the other hand, sees cross-border partnerships as helping Japanese companies that have often struggled to compete with Chinese rivals offering lower bids for projects

The Thai smart-city project epitomizes the arrangement Abe envisions. The Yokohama Urban Solution Alliance, Chinese construction company JSCC and Amata, Thailand's largest builder and operator of industrial parks, will work together to upgrade an industrial park in the province of Chonburi. They will sign a memorandum of understanding to begin construction as early as this year.

The Chonburi project is just one of the smart-city projects cropping up across the Association of Southeast Asian Nations. The trend has created business opportunities for Japanese companies in a range of fields, including environmental technology, housing, autos and public transportation.

The projects will include more than 10 deals in finance. The Japan Bank for International Cooperation will set up a joint financing framework with the China Development Bank. With Japan ending official development assistance to China, finance partnerships could provide a new model for Sino-Japanese cooperation going forward.

Mitsui Sumitomo Insurance and China Pacific Insurance will enter into a comprehensive tie-up on operating in third countries. Chinese nonlife insurers have been slow to secure the necessary licenses to do business abroad, making the broader reach of their Japanese counterparts appealing.

In the auto industry, Panasonic will team with an affiliate of Chinese search giant Baidu to provide in-vehicle systems for next-generation models. JXTG Nippon Oil & Energy plans to sign a memorandum of understanding with Sinopec to build hydrogen filling stations for fuel cell vehicles in third countries.