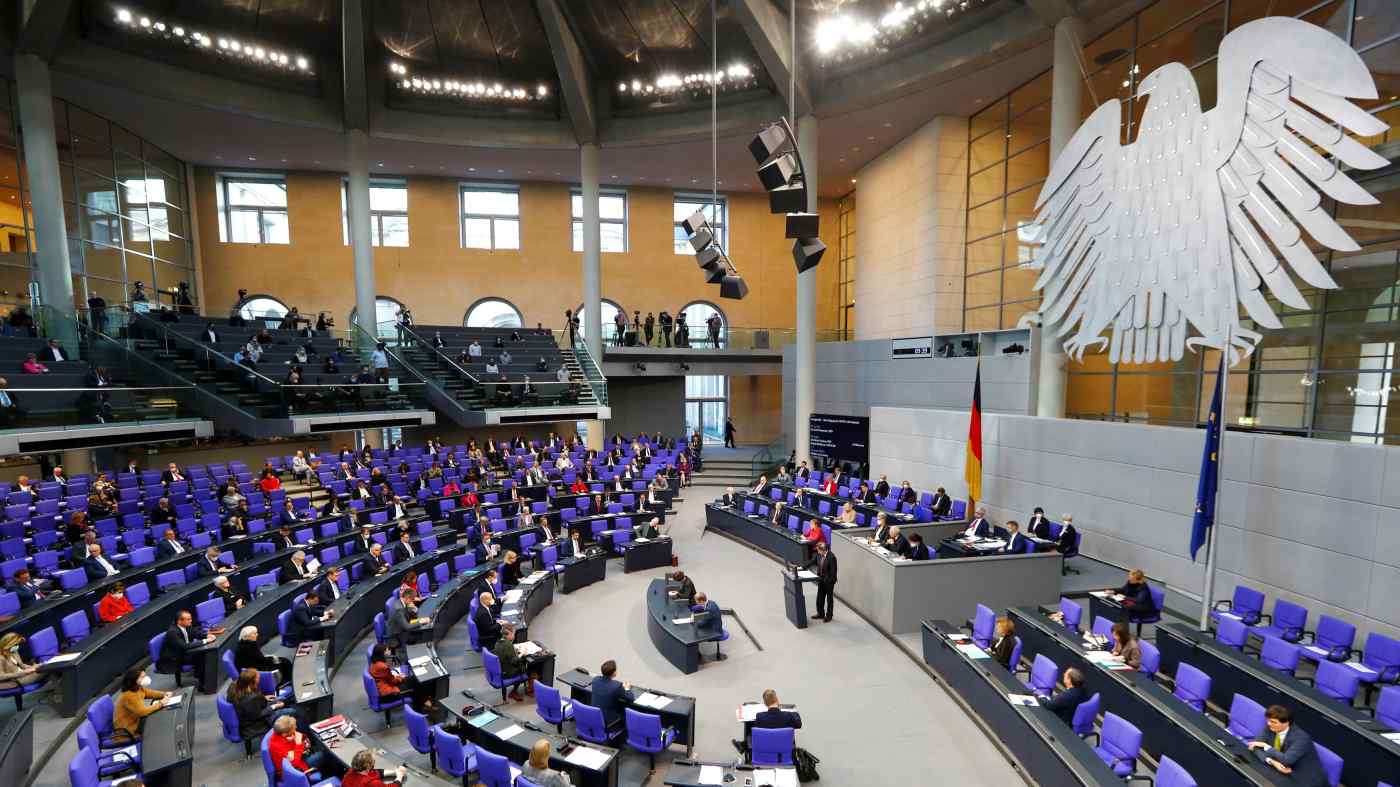 Germany's parliament, the Bundestag, is preoccupied with the COVID-19 crisis -- but also mulling one of the longest visits of an uninvited head of state in history.     © Reuters
JENS KASTNER, Contributing writer October 30, 2020 15:00 JST | Thailand
CopyCopied

HAMBURG, Germany -- A letter submitted by Thai pro-democracy protesters to the German Embassy in Bangkok on Oct. 26 that requested the German government disclose King Maha Vajiralongkorn's arrival and departure records has raised difficult questions for the Berlin government.

The Thai king has almost permanently resided in Germany since he acceded to the Thai throne in 2016. The students have been attempting to determine whether the king was involved in Thai affairs of state while living on German soil -- in violation of the law. The issue has also been raised in the German parliament, and the government's hands-off stance questioned.