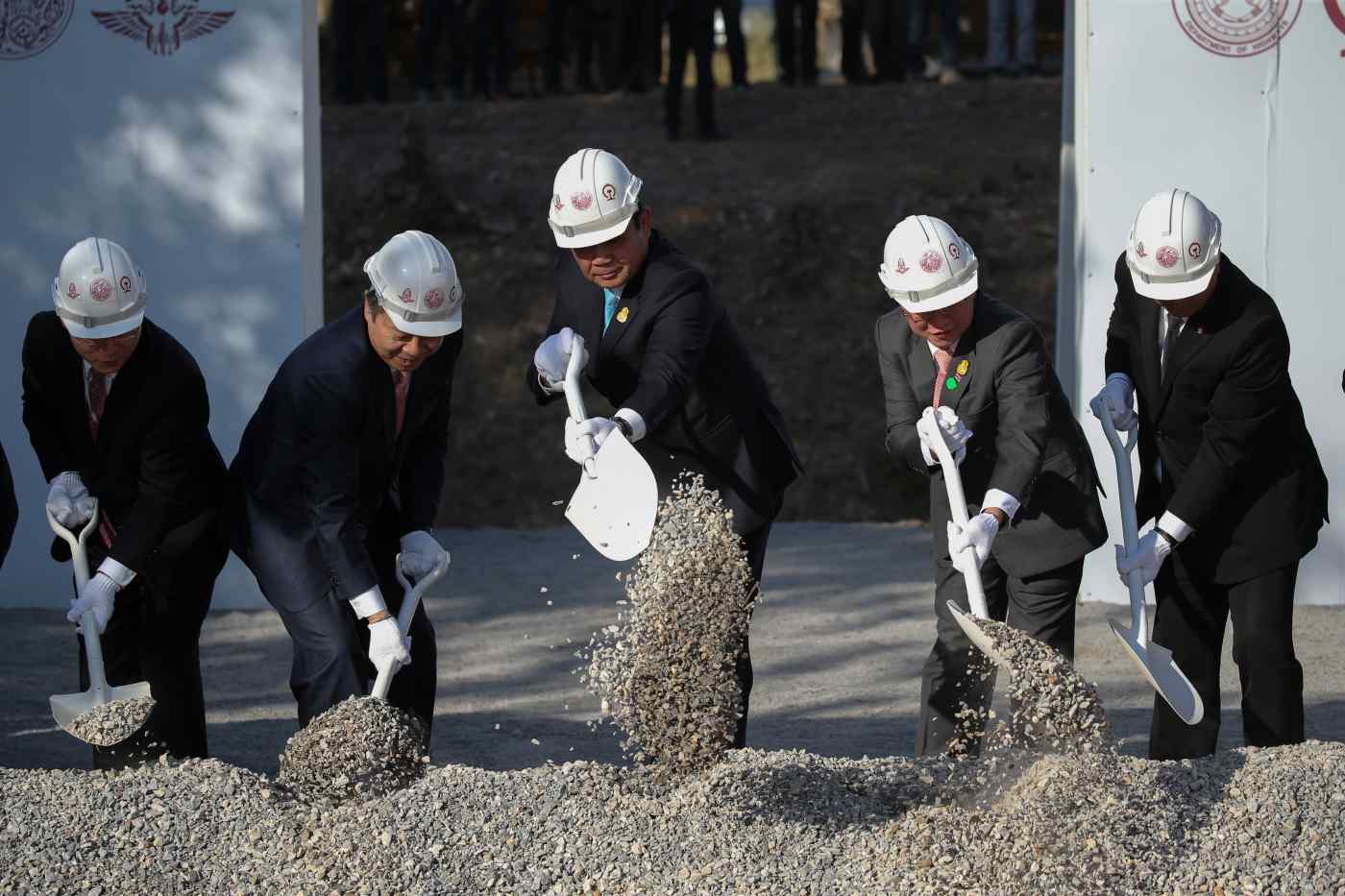 BANGKOK -- Thailand is welcoming 500 Chinese companies over the weekend and expecting to sign more than a dozen bilateral contracts that will link its Eastern Economic Corridor special economic zone to China's Belt and Road Initiative.

The move may benefit China, which is in midst of a trade war with the U.S., as investing and manufacturing in Thailand would allow the products to sidestep the additional tariffs against Chinese products imposed by the Trump administration.

Stanley Kan, chairman of the Joint Foreign Chambers of Commerce said, "It is the [opportunity] that Chinese investors are seeking: a place outside China to produce with higher competitiveness to counter the effects of the trade war and also to become more competitive in global markets."

Thai Industry Minister Uttama Savanayana said these memorandums of understanding will cover a wide range of operations that would make the EEC the center of next-generation industries and also allow linkups with special economic zones in Cambodia, Laos, Myanmar and Vietnam, jointly known as CLMV, through China's Belt and Road rail infrastructure.

"[MoUs will link] what we have produced in the EEC to be distributed to the Southern China region, which is a major market with a large number of consumers," said Uttama.

He said there are 17 MoUs ready to be signed this weekend. They cover cooperation in the digital economy, technology transfers, fifth-generation technology development and next-generation automobiles.

During the visit, businesses from both sides will be matched and a seminar will be held to give further details on how Thailand hopes to attract more Chinese investors to its EEC. In particular, Thailand is keen to draw Chinese investment in the 1,500-km high-speed rail link between Bangkok and the Chinese southern city of Kunming.

The construction of the first phase, spanning 252.5 km from Bangkok to Nakhon Ratchasima, started in December last year. The whole construction project is expected to be completed by 2023 and will cut travel time between Bangkok to Kunming to just 13-14 hours.

But Uttama stressed that inviting in the Chinese does not mean that Thailand will be completely dominated by China.

"We have a clear law to govern the EEC and if Chinese investment does not match EEC law, they cannot invest there," Uttama said. "This is a clear law and policy that will protect us from being dominated and this is not the issue of domination. It is the plan to grow together, not only Thailand and China, but also the whole region."

For China, it could help ease the pain of the trade war.

A senior official at the Ministry of Commerce who is helping draft the MoUs said the documents will facilitate cooperation and new investment, and could also help Chinese companies manufacture products in Thailand that would be able to enter U.S. markets more smoothly compared to Chinese-made products.

"The EEC will be a good production center for new industries, benefiting Chinese and other foreign investors. They can produce here and enter both the U.S. and other markets, with new infrastructure linking the EEC with China's Belt and Road," said the official.

This will be the second time that Thailand is opening up to such a big group of foreign businessmen: It welcomed 600 Japanese companies in September 2017 to the EEC in hopes of bringing in foreign direct investment.

Foreign chambers are also keen for Thailand to open up more for foreign investment, particularly from China, according to Stanley Kang, chairman of the Joint Foreign Chambers of Commerce.

"It's not a time to think whether China would have too much influence in the region. It's the time to tap into profit from what China is building," said Kang, referring to the BRI. "That would help create a multi-production base in the region. It's not only for Thailand, but also for the whole region."

China ranks as Thailand's third-largest investor after Japan and Singapore. In 2017, total Chinese investment in Thailand was worth 27.5 billion baht ($838 million). But China is Thailand's biggest trade partner, exchanging $73.7 billion of goods and services in 2017.