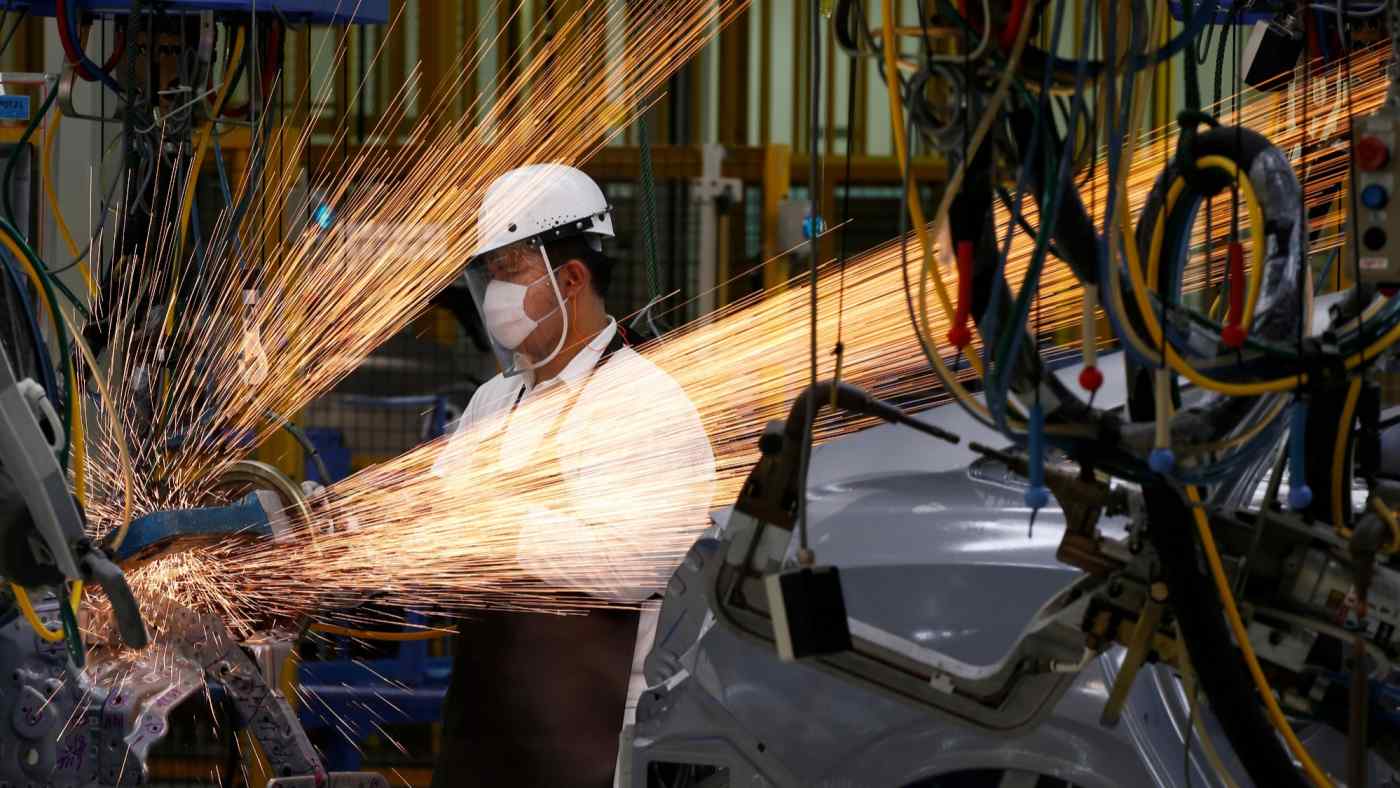 BANGKOK -- Foreign direct investment in Thailand plunged last year amid the coronavirus pandemic, data released Thursday shows, but spending from Japan increased, allowing it to top China as the leading investor in the Southeast Asian country.

Foreign companies applied to make roughly 213.1 billion baht ($7.14 billion) in direct investments, a 54% drop, Thailand's Board of Investment reported. The number of applications dipped 3% to 907 filings.

Yet applications from Japanese companies rose 10% by value to about 75.9 billion baht. Japan became the leading investor once again, accounting for 36% of the total.

In one of the biggest projects, Mitsubishi Motors is spending 18 billion yen ($172 million) to install equipment for manufacturing electrified vehicles at a plant in eastern Thailand. The application was approved in April.

China fell to second place with applications totaling 31.4 billion baht, down nearly 90% from 2019. That year, Chinese companies rushed to relocate production capacity to Thailand, seeking protection from the U.S. trade war. That shift made China the top investor for the first time ever in 2019.

In terms of sectors, the medical industry received roughly 22.2 billion baht, or 2.6 times the amount in 2019. The Board of Investment announced tax incentives last April for companies that make medical equipment, pharmaceutical products and nonwoven fabric for masks.

"The coronavirus outbreak represented both a challenge and an opportunity, and while the overall economy registered a slowdown in 2020, businesses that can continue to expand during the crisis, such as the medical sector, witnessed an increased number of investment applications," said Duangjai Asawach, secretary general of the Board of Investment.

Regarding this year's plans, Duangjai said investments in growth sectors that boost Thailand's competitive advantage will be encouraged. She identified medical, high-tech, digital and infrastructure as target industries.