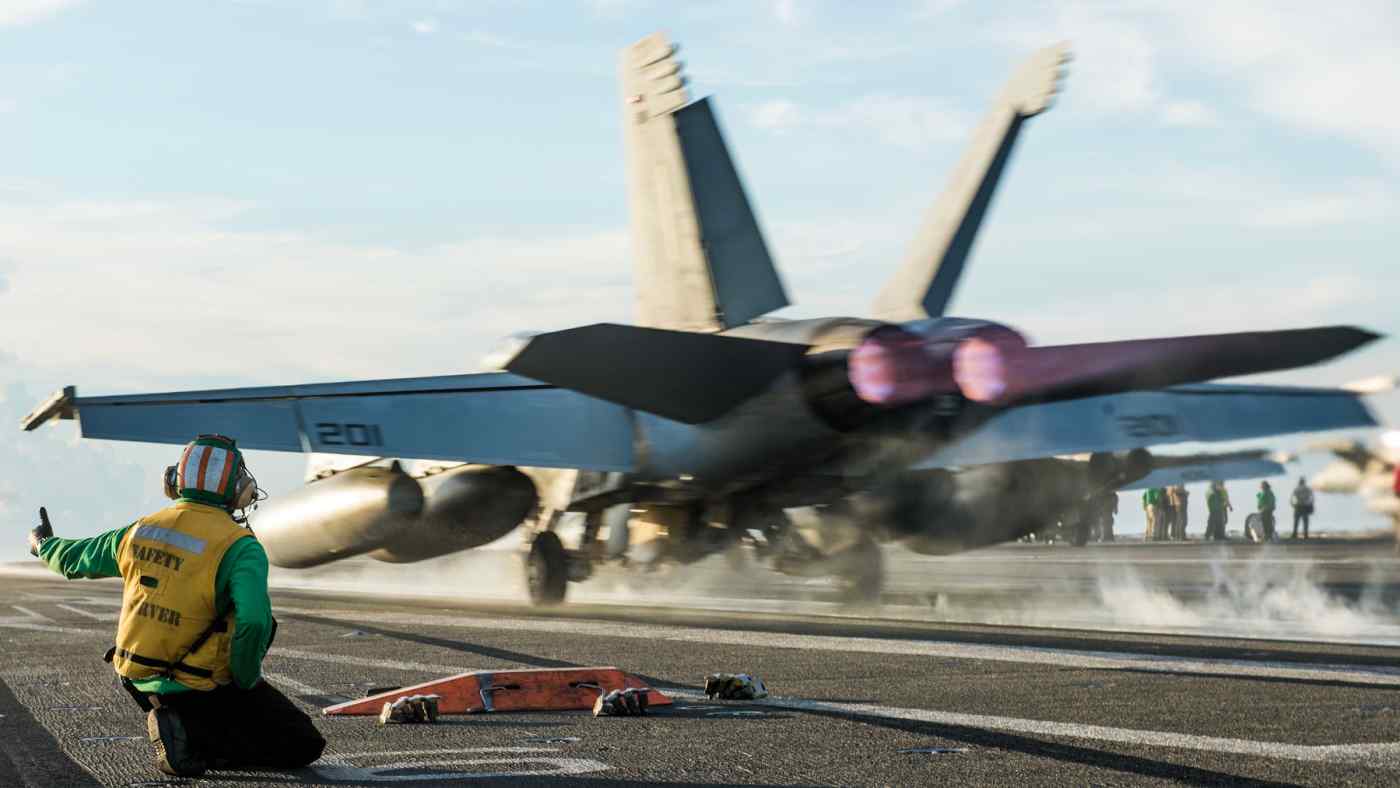 A sailor signals an F/A-18E Super Hornet to launch from the flight deck of the USS Ronald Reagan in the Philippine Sea. (Photo courtesy of the U.S. Navy)
TSUYOSHI NAGASAWA and SHOTARO MIYASAKA, Nikkei staff writersJuly 5, 2020 03:53 JST | China
CopyCopied

WASHINGTON/TOKYO -- Facing what a Trump administration official recently called "the most significant geopolitical challenge since the end of the Cold War" in the Indo-Pacific theater, the U.S. military will embark on a realignment of its global posture.

Several thousand of the troops currently posted in Germany are expected to redeploy to American bases in Guam, Hawaii, Alaska, Japan and Australia.