Tokyo goes it alone in support of Myanmar and Cambodia 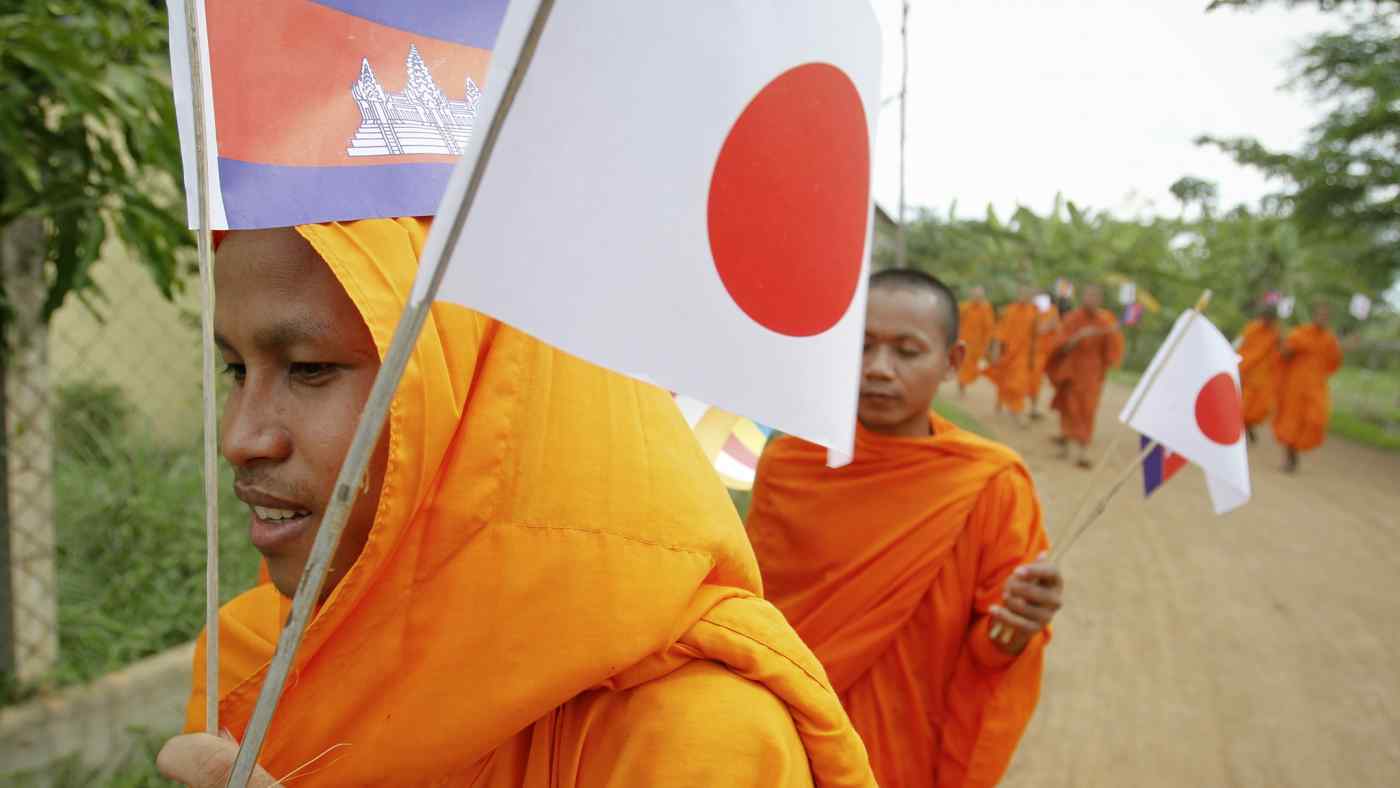 TOKYO -- Japan is digging in deeper in support of Myanmar and Cambodia even as the U.S. and Europe ramp up criticism of human rights violations, choosing to preserve its influence in the region by playing an alternative to China's economic might.

Japanese Foreign Minister Taro Kono was the lone voice advocating assistance for the Myanmar government when representatives from the U.S., U.K., France, Japan and other countries met on Sept. 24 on the sidelines of the United Nations General Assembly in New York. They were there to discuss Myanmar's human rights violations against the Rohingya minority.

"Myanmar's democratization has only just begun," Kono said. "The international community should support the Myanmar government so it does not return to military rule."

Widespread violence against the Rohingya has drawn condemnation across the world. A U.N. fact-finding mission in August said Myanmar's top generals must be prosecuted for genocide, while the U.S. State Department on Sept. 24 criticized its military for a "well-planned and coordinated" campaign designed to drive the Muslim minority out of its home in Rakhine State.

Yet instead of denouncing de facto leader and State Counselor Aung San Suu Kyi for her failure to address the crisis, Kono has met with her three times this year. He became the first foreign ministerial official to visit Rakhine in January, and announced about $20 million in humanitarian assistance. Japan is also taking part in an independent commission set up by the Myanmar government to investigate the situation.

Kono said in April he would convince Suu Kyi to act on the crisis, during meetings with other foreign ministers from the Group of Seven. "It was completely us against the other six," a Japanese Foreign Ministry official said. Policemen block off protesters denouncing the persecution of the Rohingya in front of the Myanmar Embassy in Tokyo on Sept. 8.   © Reuters

Japan has also broken ranks with the Western allies on Cambodia. Prime Minister Hun Sen forced the country's leading opposition Cambodia National Rescue Party to dissolve in November 2017, and the West responded by withdrawing election assistance. But Japan did the opposite, pouring in 800 million yen ($7.1 million at current rates) in grant aid, which was used to pay for about 11,000 ballot boxes and 40 collection vehicles.

Japanese Prime Minister Shinzo Abe met with both Suu Kyi and Hun Sen in early October on the sidelines of the Mekong-Japan Summit Meeting in Tokyo. "Our public and private sectors will provide maximum support for the democratic development of Myanmar," he told Suu Kyi.

The recent overtures toward Myanmar and Cambodia go against Japan's usual diplomatic strategy of supporting human rights and the rule of law to present a united front with the West against countries like China. But as Beijing's clout in Southeast Asia grows, Tokyo has been forced to try a different tack.

"China acts as an advocate for Myanmar and Cambodia in the U.N.," a Japanese diplomatic source said. China has vetoed a Security Council resolution criticizing Myanmar's handling of the Rohingya crisis, and also taken steps to curb critics of Cambodia's authoritarian regime.

Beijing showers the Southeast Asian nations with economic assistance in order to keep them on its side. Myanmar connects the Chinese mainland to the Bay of Bengal, and is a key overland link in Beijing's Belt and Road infrastructure initiative. In addition, Cambodia is so close to China that it urges other countries not to bring up Beijing's military buildup in the South China Sea.

Meanwhile, Japan relies on sea lanes passing through both countries' waters to import crude oil and liquefied natural gas. The region is crucial for Japan's economy and national security.

"If Japan withdrew from the region, Myanmar and Cambodia would only increase their dependence on China," a Japanese government source said. Tokyo is taking a political risk by standing by these countries, given it has little chance of outdoing Beijing in economic assistance. Even with Japan's efforts, the countries still lean toward China.

Western envoys are said to occasionally visit Japan's Foreign Ministry to question its approach. "Even if the West frowns on us, that's still better than letting China become the sole winner," an official at the ministry said.