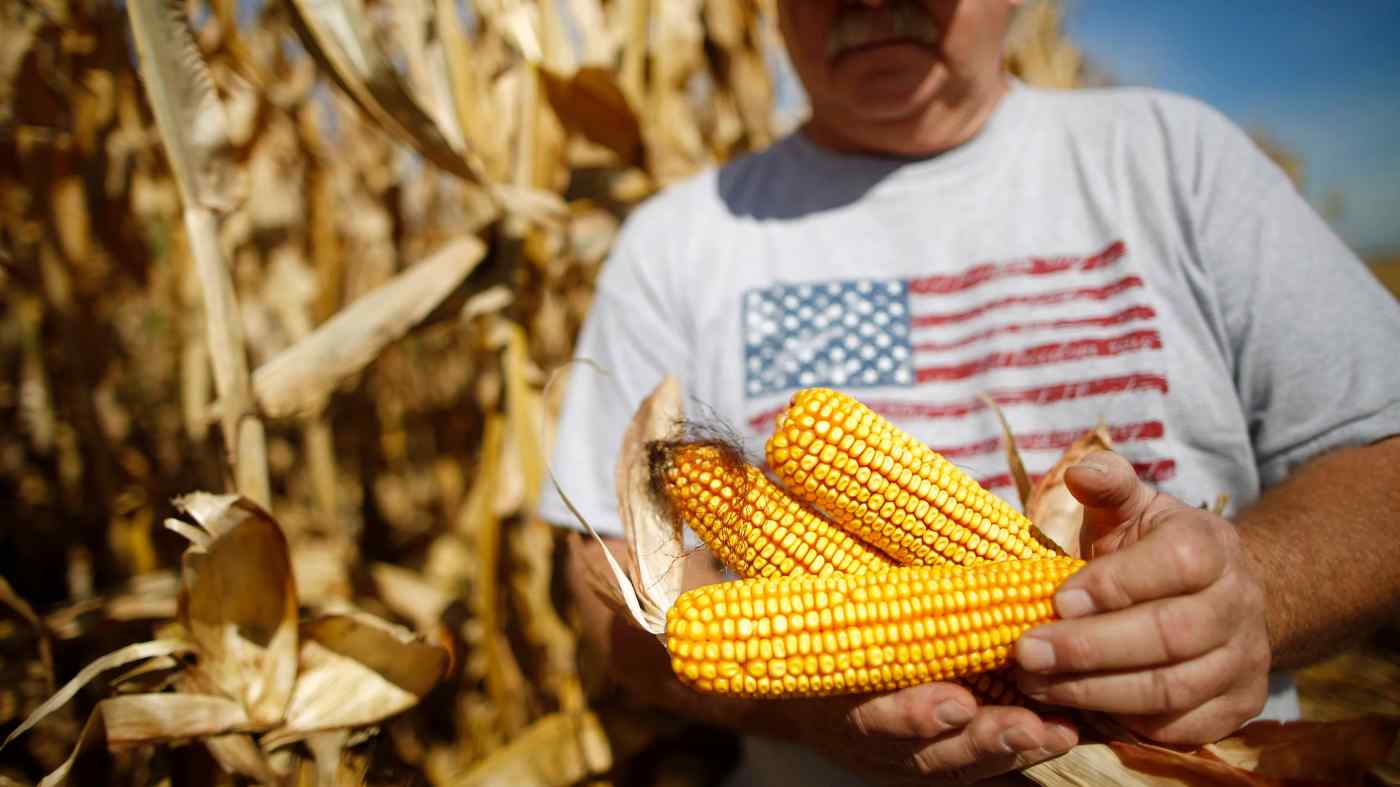 TOKYO -- Japanese Prime Minister Shinzo Abe's talk last month of moving up imports of U.S. corn has raised eyebrows in Japan's agriculture industry, as the pest problems cited by Tokyo have little to do with the type of corn America supplies.

Corn is used in two types of animal feed: concentrates and roughage. Concentrate corn is high in carbohydrates and protein, while roughage corn is more fibrous.

Japan relies almost wholly on imports for concentrate corn, buying about 11 million tons a year, with mostly just the kernels used. The bulk of this comes from the U.S., which accounted for more than 90% of last year's supply, while much of the rest is sourced from Brazil.

But the rumored potential shortages from pest damages involve green corn used in roughage. This is harvested before it is mature and fermented in silos -- ears, leaves, stalk and all -- before being fed to livestock with other preserved crops such as pasture grass. Japan produces about 4.5 million tons of this type each year, with livestock farmers often growing their own.

Japan's first infestation of the fall armyworm, which is devouring corn crops worldwide, was discovered in July. The pest has since spread to a total of 62 communities as of late August, according to Japan's Ministry of Agriculture, Forestry and Fisheries.

The ministry last month announced that it would subsidize storage costs for Japanese companies that purchase American corn ahead of schedule.

But even if the damage were to spread, it would hit roughage corn, and corn kernels do not make up a big portion of roughage feed. "There's no need to import American corn right now, earlier than we planned," said a source at an animal feed maker.

The price tag on American corn adds to their reluctance. Japanese companies currently can source Brazilian corn for about $10 less per ton, thanks to ample harvests there and a weak real.

"We've already secured what we need for the time being from Brazil," said a source at one manufacturer.

"Feed makers don't increase procurement unless there is actual demand," said a source at a major trading house. "Can we really buy American corn ahead of schedule when we don't know where it will go?"