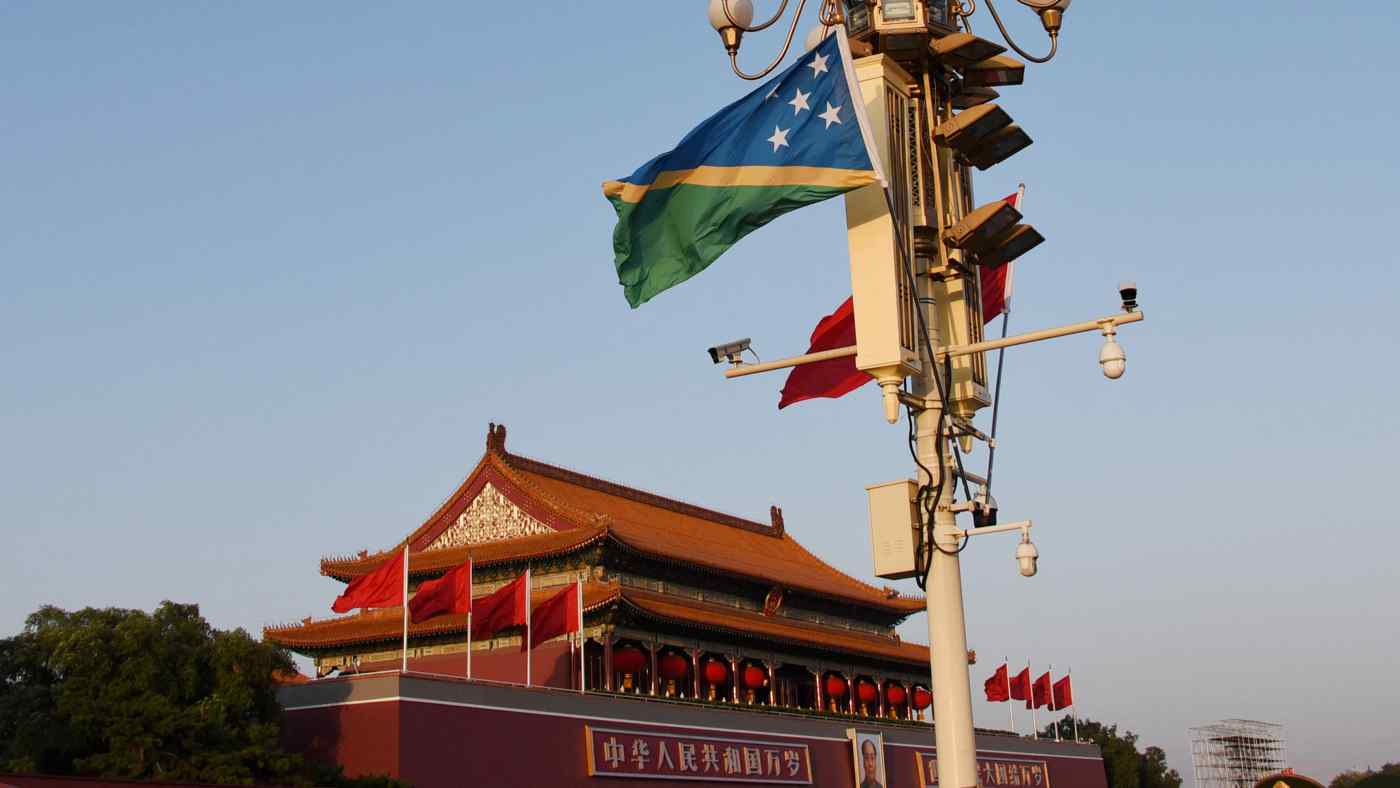 WASHINGTON (Reuters) -- White House Indo-Pacific coordinator Kurt Campbell and the State Department's top official for Asia will travel this week to the Solomon Islands, the White House said on Monday, amid concerns that the Pacific Island country is making a security pact with China.

Campbell and Assistant Secretary of State for East Asian and Pacific Affairs Daniel Kritenbrink will lead a delegation that includes Department of Defense and U.S. Agency for International Development officials to three countries: the Solomon Islands, Fiji and Papua New Guinea, the White House National Security Council said in a statement.

The team will also stop in Hawaii to "consult with senior military officials and regional partners at United States Indo-Pacific Command," it said, without giving dates for the trip.

State Department spokesperson Ned Price said concerns over China would be among the subjects discussed with Solomon Islands officials.

U.S. policy toward the region was about ensuring countries understand the benefits of engagement with Washington and "not about China or any other country," Price said at a regular press briefing.

"We'll leave it to them to contrast what we offer from what other countries, including rather large countries in the region, might offer," he said.

In February, the United States announced it would open an embassy in the Solomon Islands, part of an effort by the Biden administration to commit more diplomatic and security resources to the Indo-Pacific to counter China's drive for greater influence.

The Solomon Islands said in March that it was creating a partnership with China to tackle security threats and ensure a safe environment for investment in what would be a major inroad for Beijing in a region that U.S. allies Australia and New Zealand have for decades seen as their "backyard."

After a regional backlash, the Solomon Islands said it would not allow a Chinese military base there.

But U.S. officials remain concerned that the broad nature of the proposed agreement with China leaves the door open for the deployment of Chinese forces on the Solomon Islands, Price said.

"We believe that signing such an agreement could increase destabilization within the Solomon Islands and will set a concerning precedent for the wider Pacific island region," he added.

Australian Defense Minister Peter Dutton has said that China hopes to gain a military foothold in the Pacific Islands, including a "military port" in Papua New Guinea.

China offered to redevelop a naval base in Papua New Guinea in 2018 but Australia's closest northern neighbor decided to have Australia develop the base instead.