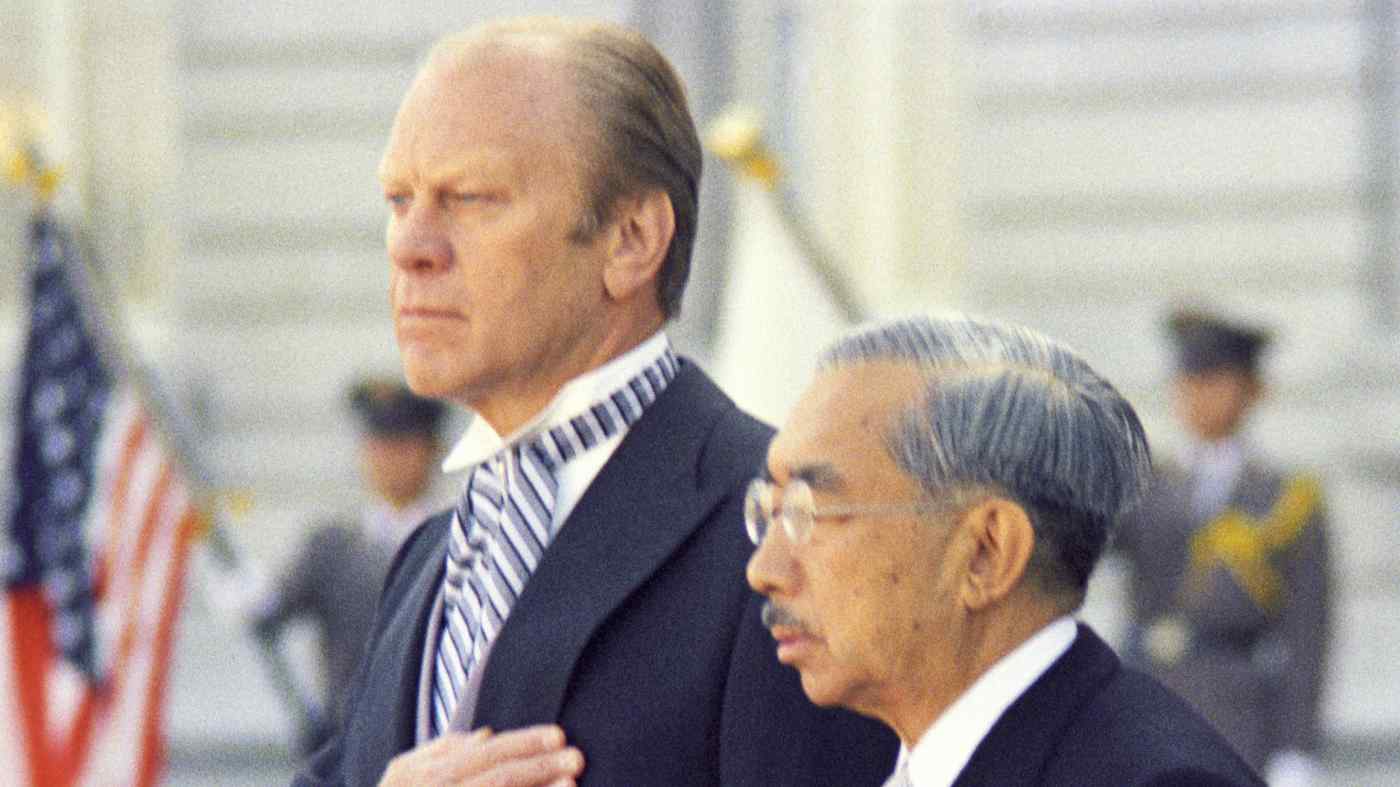 TOKYO -- U.S. President Donald Trump wraps up a four-day visit to Japan on Tuesday as the first state guest of the Reiwa era. He is the seventh U.S. president to visit Japan as a guest of the nation.

Presidential visits can offer intriguing insight into Washington's diplomatic concerns and its thinking about the relationship with Tokyo. The two countries have often found themselves in something of a paradox. They have often been at odds over trade and other economic issues while remaining closely aligned on security matters.

One striking element of Trump's latest visit to Japan is not the flurry of showy activities, like the golf outing with Prime Minister Shinzo Abe, but rather the fact that Trump traveled straight to Japan and will return straight back to Washington without any other stops. When presidents visit Japan, the itinerary almost always includes an international conference or visits to other countries.

When former president Barack Obama visited Japan as a state guest in 2014, he stopped by during an East Asian tour that also brought him to South Korea, Malaysia and the Philippines. The six past U.S. presidents who were welcomed as state guests in Tokyo also visited South Korea before or after traveling to Japan.

Personal relationships between Japanese and American leaders have waxed and waned depending on the individuals and the international context around them. Even when leaders were able to establish a friendly personal rapport, external events often shaped the relationship.

In 1960, then Prime Minister Nobusuke Kishi, grandfather of current Prime Minister Shinzo Abe, went to the U.S. and agreed with President Dwight Eisenhower that the president would pay a return visit to Japan. But a wave of opposition in Japan to a proposed revision to the U.S.-Japan security treaty thwarted the plan.

Hayato Ikeda, Kishi’s successor, delivered a personal letter asking Eisenhower to visit Japan, but the request was not granted.

In 1974, Gerald Ford became the first sitting U.S. president to visit Japan. In that year, Japan overtook Germany as the world's second largest economy, after the U.S. But Ford’s trip was overshadowed by a financial graft scandal involving Prime Minister Kakuei Tanaka. Shortly after Ford’s visit, Tanaka stepped down as premier.

Jimmy Carter’s 1979 visit to Japan was more successful. Carter decided to boycott the 1980 Moscow Olympics in response to the Soviet invasion of Afghanistan in late 1979. Prime Minister Masayoshi Ohira agreed to join the U.S.-led boycott. Ronald Reagan became the third president to visit Japan as a state guest when he came in 1983. The close personal ties between Reagan and Prime Minister Yasuhiro Nakasone came to be known as the "Ron-Yasu" relationship in Japan.

That personal relationship helped Japan navigate the trade friction that strained U.S.-Japan ties in the 1980s. But while tension dominated the economic relationship, Nakasone greatly stepped up Japan’s cooperation with the U.S. on security matters.

Next was President George H.W. Bush, who made the trip in 1992. Campaigning for reelection, Bush pressured Tokyo to address the trade imbalance between the two countries, including a demand that Japan open its rice market.

Bill Clinton came to Japan in 1996, squeezing in a jog around the Imperial Palace in Tokyo in between diplomatic events. He and Prime Minister Ryutaro Hashimoto agreed to vacate Marine Corps Air Station Futenma, in the middle of a crowded city in Okinawa.

George W. Bush came to Japan but never as a formal guest of the nation. With the ongoing wars in Afghanistan and Iraq, it was difficult for him to stay abroad for long. Prime Minister Junichiro Koizumi, who fully supported the decision to invade Iraq, built a close personal tie with Bush.

In 2006, Koizumi visited the U.S. as a state guest. Bush treated him to a flight on Air Force One to Memphis, Tennessee. There they saw Graceland, a mansion once owned by Koizumi’s favorite singer, Elvis Presley. Economic relations have mostly defined the context for American presidential visits to Japan, and the two countries have argued over trade and other issues. But these disagreements have never seriously shaken the alliance.

Trump's latest visit to Japan, which once again highlighted his good chemistry with Abe, suggests that while gaps remain between the two countries on trade, the security alliance remains in healthy condition.