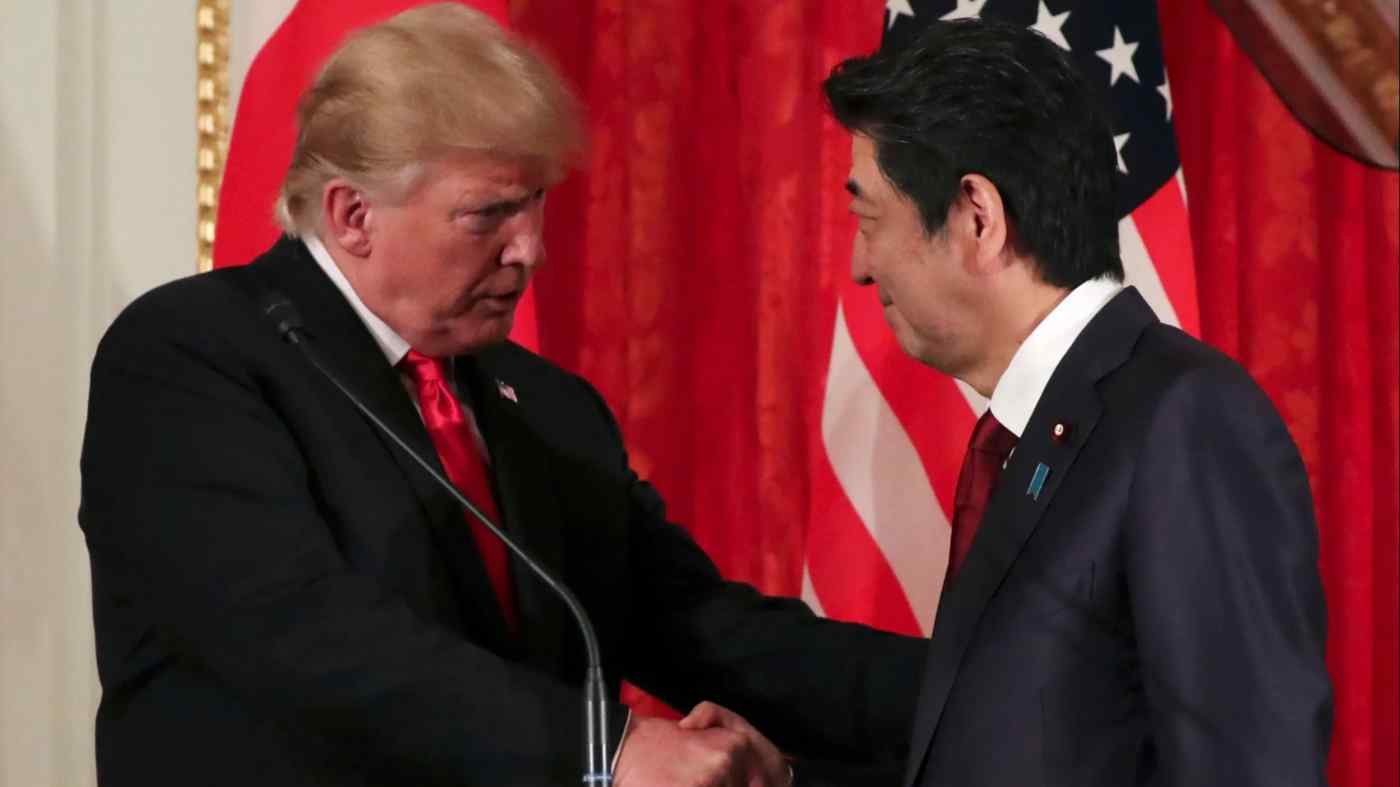 TOKYO -- The relationship between the U.S. and Japan "has never been better than it is right now," President Donald Trump said here Monday prior to the summit with Prime Minister Shinzo Abe, though the ties will be tested by the bargaining in trade talks that now appear to have an August deadline.

By providing Trump the red carpet treatment during his state visit, the Japanese side succeeded in demonstrating the closeness between the two leaders. Trump, the first state guest of Japan's Reiwa era, was all smiles when greeted by cheering sumo fans Sunday at Ryogoku Kokugikan sumo hall in Tokyo.