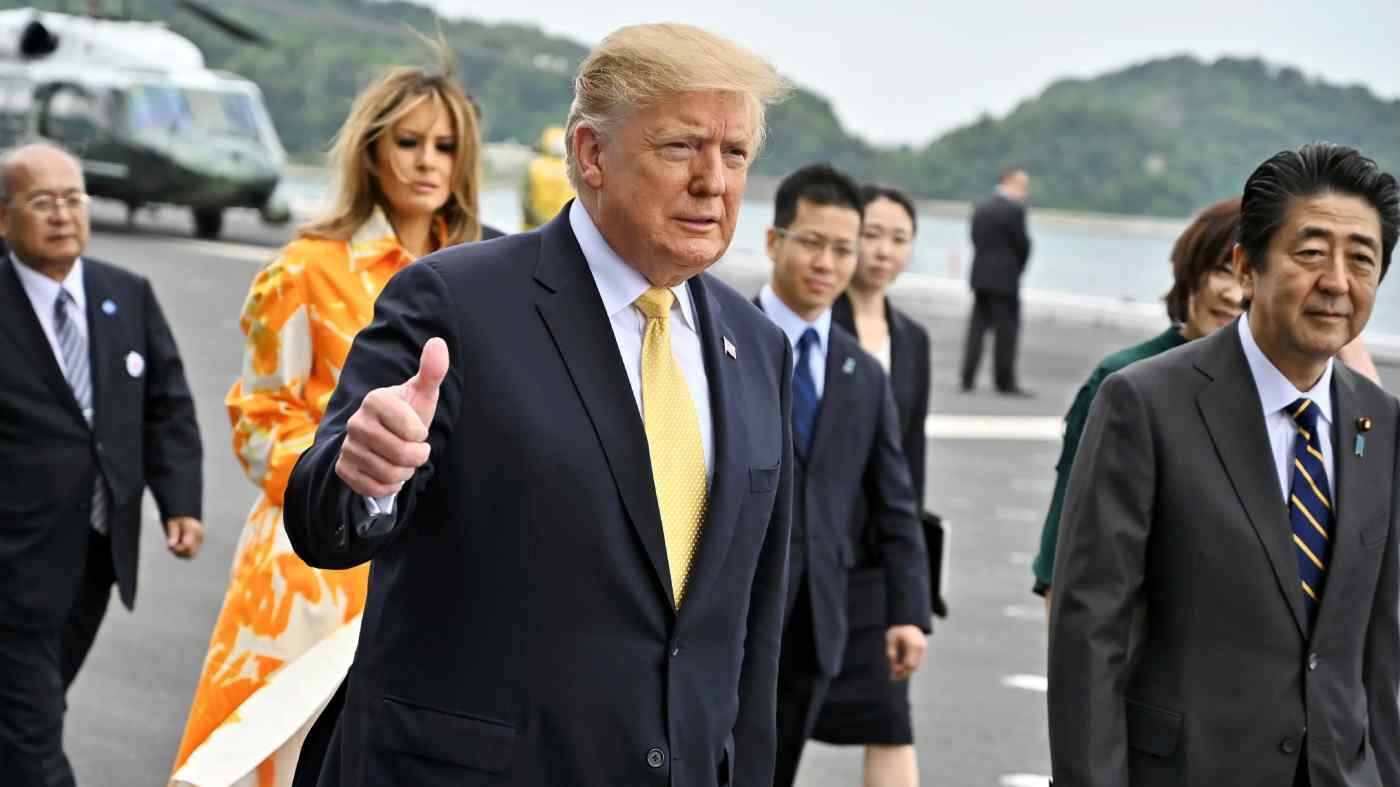 TOKYO -- Donald Trump on Tuesday became the first U.S. president to board a Japanese warship, in a symbolic tour designed to stress the allies' partnership amid increased tensions with North Korea and China.

Trump and Japanese Prime Minister Shinzo Abe visited the JS Kaga helicopter carrier, one of the country's biggest vessels, which is to be refurbished into a carrier for F-35B stealth fighter jets Japan is buying from the U.S.

"This purchase will give Japan the largest fleet of F-35s of any of our allies," Trump said in a speech in the hangar of the Kaga, at the Japan Self-Defense Force base in Yokosuka -- south of Tokyo. "And soon this very ship will be upgraded to carry that cutting-edge technology."

The president continued: "With this extraordinary new equipment, the Kaga will help our nations defend against a range of complex threats in the region and far beyond."

"Us standing here side by side on the Kaga today proves that," the prime minister said, adding, "We have to make the Indo-Pacific free and open to become a solid foundation for the region's peace and prosperity." The F-35B is capable of short takeoffs and vertical landings.   © Reuters

Last year, Japan decided to refurbish the decks of its two largest warships -- the Kaga and Izumo -- to allow the F-35B to make short takeoffs and vertical landings. The government had originally ordered 42 F-35As, which can perform only conventional takeoffs and landings, but last year approved plans to buy 105 more jets including 42 F-35Bs.

Trump's tour of the Kaga came on the last day of his four-day visit to Japan. Afterward, the president moved to the USS Wasp, a U.S. Navy multipurpose amphibious assault ship, where he told military personnel that his administration approaches regional security by ensuring "peace through strength." Japan's Kaga helicopter carrier will be refurbished to accommodate F-35B fighter jets purchased from the U.S. (Photo by Konosuke Urata)