Trump's Asian successes and failures after one year in office

Dealmaker president has won on investments, defense, but not on diplomacy 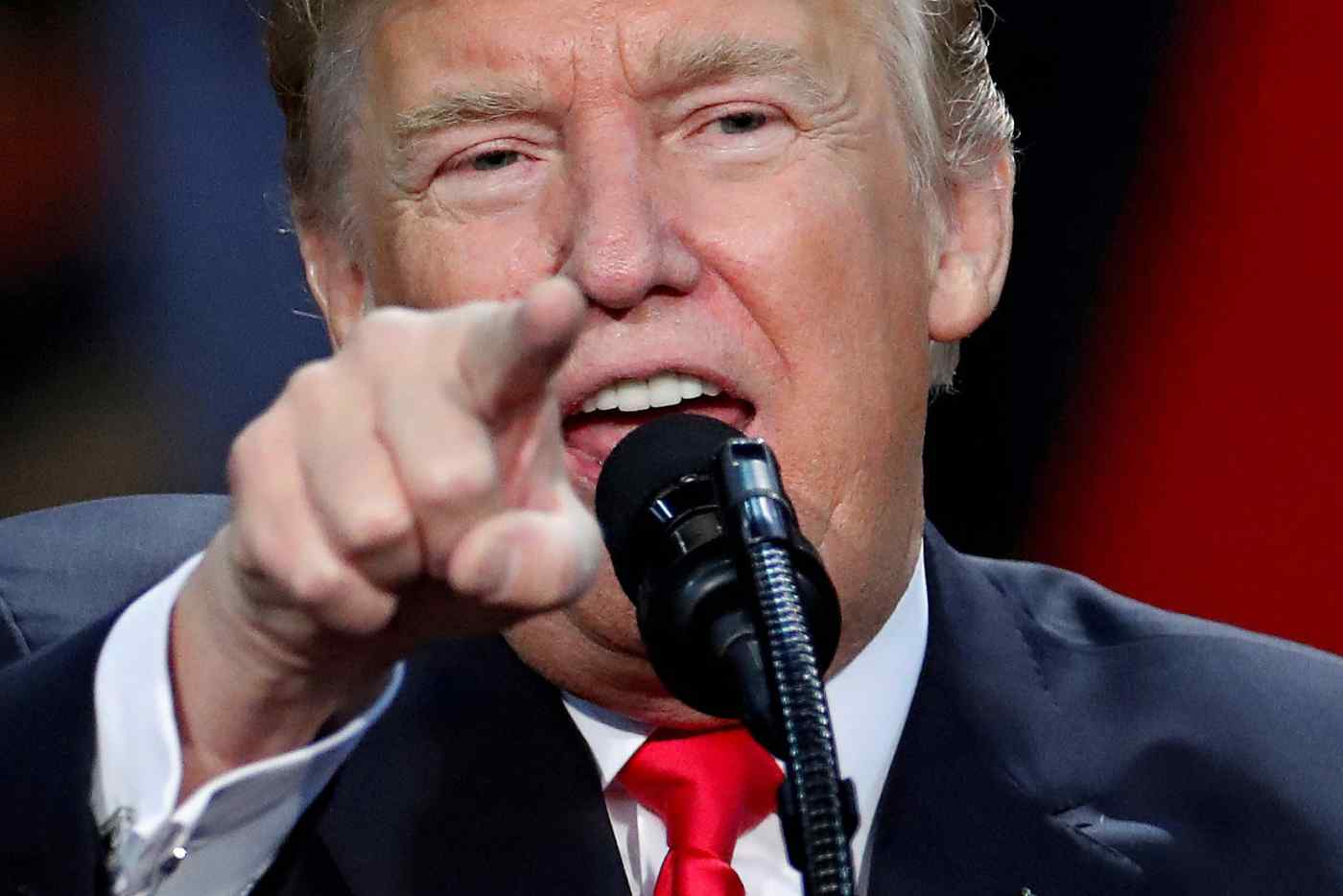 TOKYO -- U.S. President Donald Trump on Saturday will mark his first year in office -- a tenure that has so far seen rising fears of trade wars, an escalating missile crisis with North Korea, deepening dismay at his endless gaffes and his country's growing isolation. We take a look back at his first year with a report card on his key Asia-related policy pledges.

North Korea has been his key foreign policy focus, an issue on which he has sometimes taken a hands-on approach. Memorable examples are when he gave North Korean leader Kim Jong Un the nickname, "Rocket Man," and bragged that his nuclear button was "bigger and more powerful" than Kim's. In terms of addressing the ultimate goal of making Pyongyang give up its nuclear weapons program, he asked China, the North's economic benefactor, to restrain the Kim regime. "China should solve that problem for us," he said during his election campaign.

China has cooperated with this wish, to an extent. It backed U.S.-sponsored U.N. resolutions to impose crippling economic sanctions on Pyongyang and cut off supplies for its illegal weapons program.

But China stood firmly against the more drastic measures Trump was seeking, such as a full embargo on the supply of crude oil to the rogue nation. For now, Kim remains defiant, betraying no sign of acceding to the U.S.' demand to denuclearize, even as it has shown a more conciliatory attitude towards South Korea by resuming inter-Korean dialogue and agreeing to participate in the Winter Olympics Seoul is hosting in PyeongChang next month.

In a bid to reduce the U.S.'s $700-billion-plus annual trade deficit, Trump demanded that Japan and South Korea buy more U.S. military hardware, threatening that Washington might reconsider its security commitments to the two Asian countries if they did not.

The bluff may or may not have worked, but the escalating saber-rattling between Trump and Kim did prompt Tokyo and Seoul to do more for their own defense. Japan is boosting its defense budget, looking to acquire cruise missiles and considering converting its helicopter carrier into a full-blown aircraft carrier. South Korea, too, is ramping up its defense spending to acquire more F-35 stealth fighters.

"South Korea will be ordering billions of dollars of that equipment, which, frankly for them, makes a lot of sense," Trump said. "And for us it means jobs; it means reducing our trade deficit with South Korea." Mission accomplished. 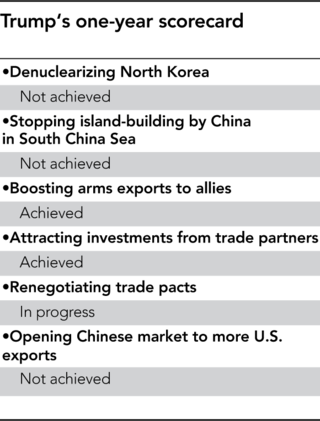 The Trump administration has been pressing China to adhere to international rules in the South China Sea where the country is creating artificial islands to build military outposts. Beijing has asserted control over the sea lane that carries a third of global maritime trade, and ignored rival claims to the territory by five Asian nations including the Philippines as well as a ruling against its island-building by a court in The Hague. The U.S. has warned against use of intimidation, force or any action that would escalate tensions.

Is China taking heed? Far from it. On the contrary, it is trying to make Washington accept its territorial interests and its aspirations as a superpower.

Creating more jobs, especially in manufacturing, is one of Trump's top priorities. He has tried to achieve this by threatening to punish companies that move jobs outside the U.S.

Many U.S. and foreign multinationals have dutifully obliged. Toyota Motor in January last year announced a $10 billion investment plan in the U.S. over the next 5 years. The automaker followed this up in August with the announcement of a $1.6 billion Corolla sedan plant to be constructed in Alabama with Mazda Motor.

As a billionaire businessman, Trump touts his negotiating prowess, promising to secure better free trade deals from Mexico, Canada and South Korea. All three have accepted the need to renegotiate. He also followed through on his pledge to pull the U.S. out of the Trans-Pacific Partnership free trade pact that his predecessor Barack Obama put together with 11 other Pacific-rim countries in 2016.

But it wasn't without a cost. The U.S. had been looking to Malaysia as a counterweight to China, but the U.S. withdrawal has reduced the attraction of the TPP, leaving Malaysia in a big dilemma because for Malaysia, the U.S. market was supposed to be the biggest prize for joining TPP. Malaysia did choose to stay in TPP with ten other nations for so-called TPP-11, but now has a good reason to lean toward Beijing.

Renegotiating trade deals is also a work in progress for Trump. There has been little progress in talks to amend the North American Free Trade Agreement with Canada and Mexico, while negotiations with South Korea on the bilateral free trade pact have just begun, with market access for autos seen as a major focus.

Trump is also seeking trade deals with Japan, but Tokyo has so far resisted bilateral free trade talks, insisting instead that the U.S. should return to the TPP. 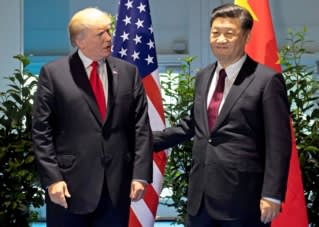 China, according to Trump, is America's "number one abuser" in matters of international trade. He vowed to designate the country as a currency manipulator and to impose "appropriate countervailing duties on artificially cheap Chinese products." There would be zero tolerance on intellectual property theft and forced technology transfer, he said.

His first move? A phone call to Tsai Ing-wen, president of Taiwan, a region China considers as a renegade province. The controversial move was widely seen as a tactic to set the pace of the negotiations with his Chinese counterpart, Xi Jinping.

But Xi was just as skillful in steering Trump away from the key U.S. demand of deep structural reforms and greater market access. In summit talks in Beijing in November, Xi feted Trump with a private dinner in the historic Forbidden City and trade deals worth $250 billion, but no visible progress was made on the core U.S. demand.

Washington will make decisions on pending trade issues with Beijing this year, including its exports of solar panel, aluminum and steel as well as allegations of forced technology transfer and intellectual property theft. But analysts say that Washington may find it difficult to play hard ball, given its need for Chinese help in dealing with North Korea.