US president's postings garner 4 million views -- and some controversy 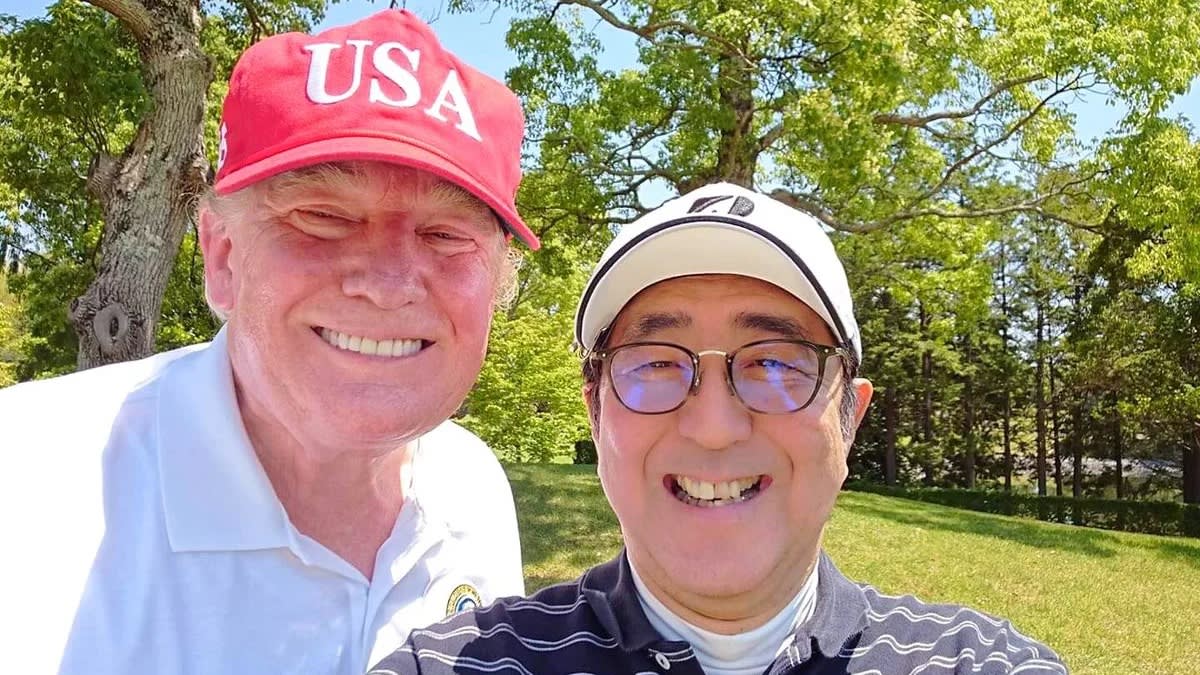 Trump posted an Instagram story on his official account that featured his golf outing with Abe, the sumo tournament, and a photo of the Tokyo Sky Tree's evening illumination. "Outstanding," Trump said. A short video posted on Trump's Twitter account shows the audience at the sumo tournament on Sunday pointing their smartphones in unison at Trump, as well as the president presenting the over-60-pound President's Cup to the tournament winner, Asanoyama, at Ryogoku Kokugikan stadium. That video has topped 4 million views as of early Tuesday.

Not to be outdone, Abe posted on Twitter and Instagram a buddy photo of himself and Trump while playing golf at Mobara Country Club east of Tokyo earlier on Sunday. "We hope to further solidify the Japan-US alliance in the new era of Reiwa," tweeted the prime minister. The two leaders mutually retweeted and liked the other's postings.

Trump's unpredictable tweeting has fueled speculation about Japan's electoral timetable. After his golf outing, Trump wrote about the progress being made on the trade negotiation, "Much will wait until after their July elections where I anticipate big numbers!"

The upper-house election is likely to be held in late July, but could be pushed back to August if the legislative session is extended. Reading into Trump's tweet, some wondered if this meant the legislative session would not be extended. Others speculated whether the tweet could refer to a snap lower-house election in July, held concurrently with the regular upper-house race.

Some of Trump's postings during this trip have sparked controversy. "Numerous Japanese officials told me that the Democrats would rather see the United States fail than see me or the Republican Party succeed -- Death Wish!" the president tweeted Sunday.

Trump returns to the U.S. on Tuesday.