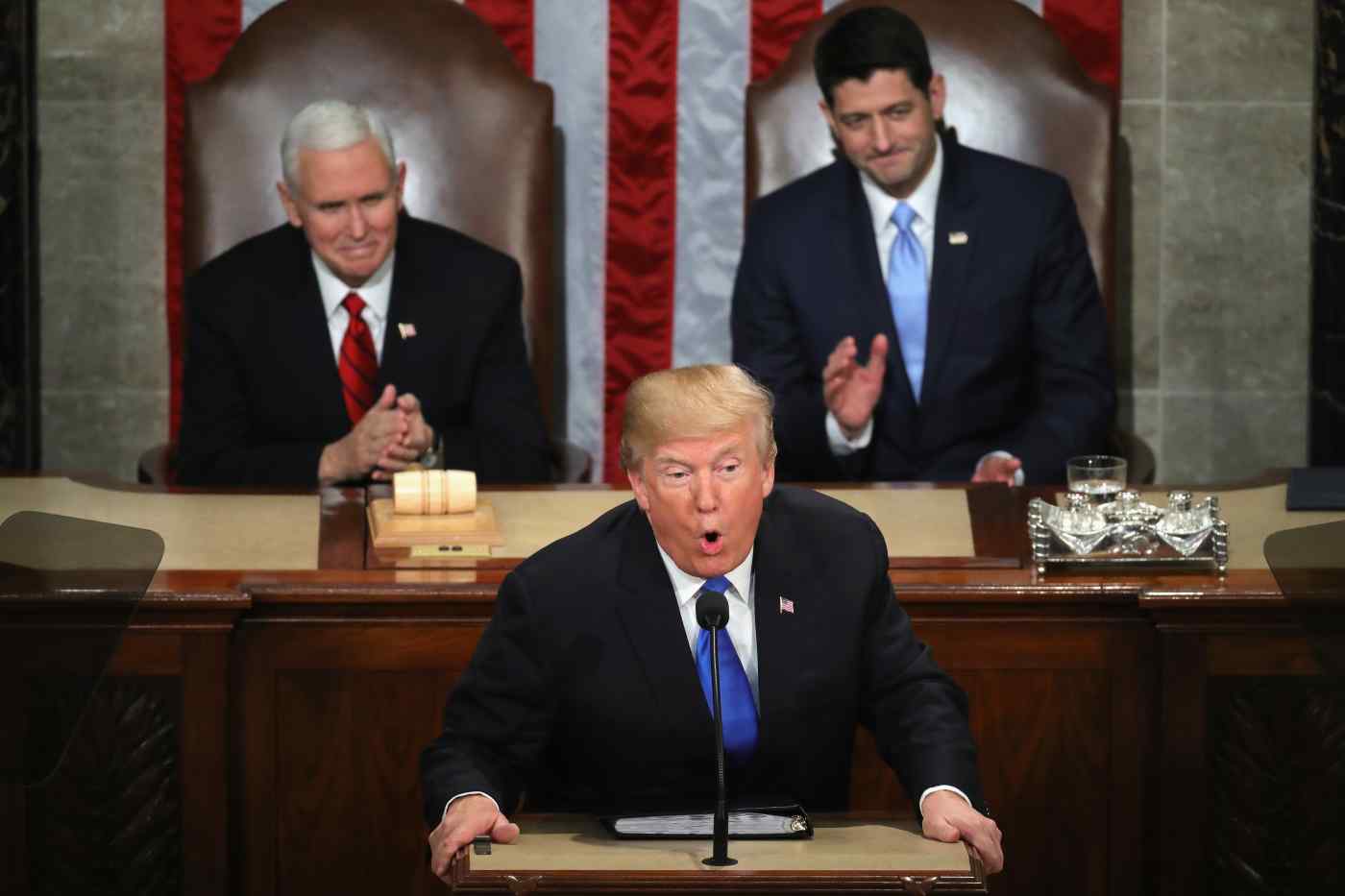 JAKARTA -- A week after announcing tariffs on washing machine and solar panel imports, U.S. President Donald Trump claimed that "the era of [U.S.] economic surrender is totally over" during his maiden state of the union address.

But the speech did not go into detail on trade with Asia or about the Trans Pacific Partnership, an American-led Asia-Pacific free trade deal that Trump withdrew from one year ago.