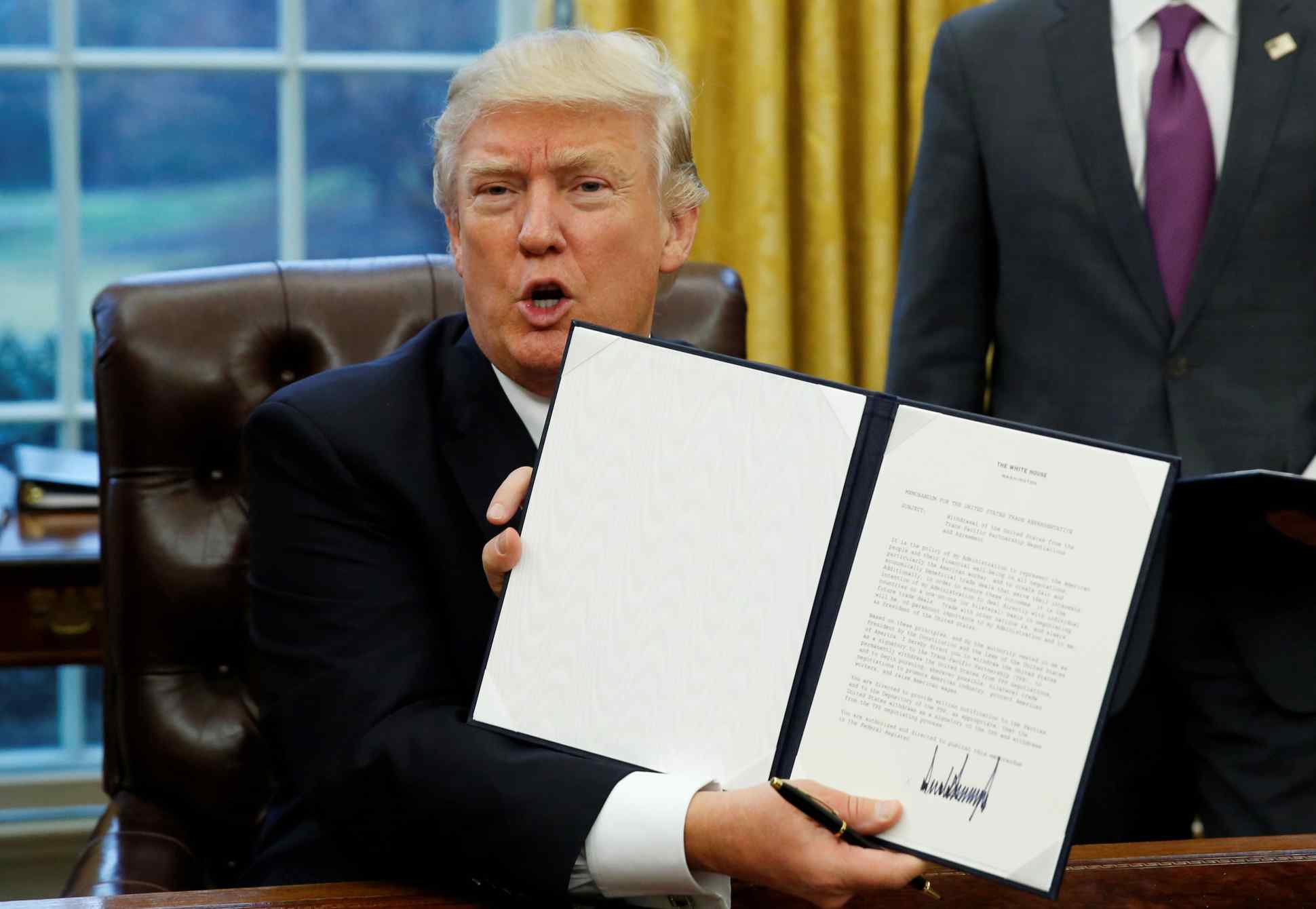 U.S. President Donald Trump holds up the executive order pulling his country out of the TPP in January 2017.   © Reuters
International relations

Trump's about-face on the TPP keeps the world guessing

But as US president sends mixed signals on trade, governments move ahead with deals

SINGAPORE -- Echoing his boss's apparent turnaround in Davos, U.S. Treasury Secretary Steven Mnuchin has said the possibility of America rejoining the Trans-Pacific Partnership is "on the table."

Mnuchin's comments at an investment forum in Washington on Feb. 27 lend weight to the notion that President Donald Trump could be willing to change his tune on the trade pact. In late January, Trump surprised attendees at the World Economic Forum when he told U.S. cable news channel CNBC, "I would do TPP if we were able to make a substantially better deal." One of his first acts as president was to withdraw the U.S. from the pact it had spearheaded through years of often fraught negotiations.