Any new tariffs over coronavirus likely to hurt American farmers 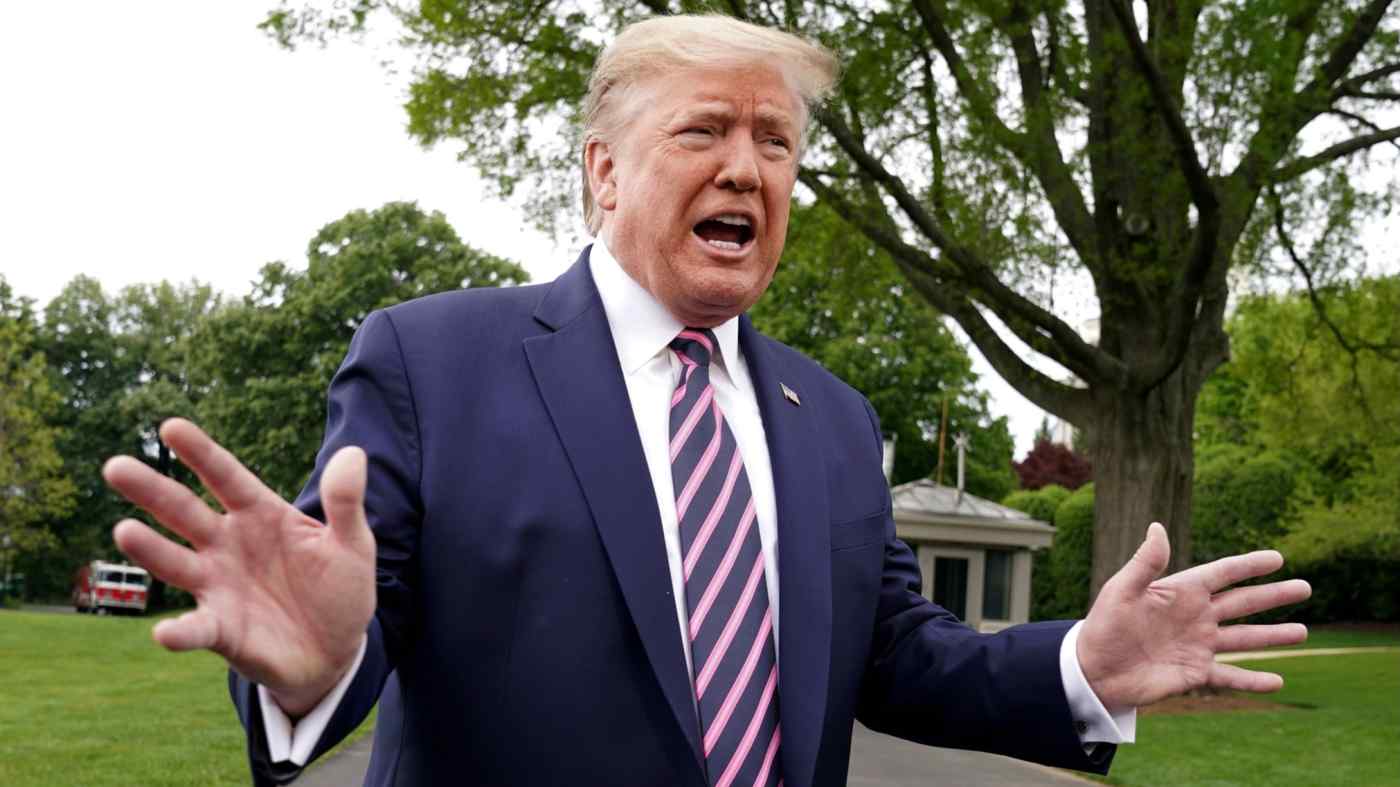 WASHINGTON -- The U.S. administration has stepped up consideration of economic measures against China, holding it accountable for failing to prevent the global spread of the new coronavirus.

But while multiple options are on the table, including lawsuits seeking damages, President Donald Trump's options become limited when factoring in risks to his reelection bid.

In recent days, the president looks to have strengthened his belief that origins of the virus are related to a laboratory in China's Wuhan. He has instructed intelligence agencies to gather information as quickly as possible.

"We'll be reporting on it over the next period of time," Trump said Tuesday in response to a reporter's question. "We want to find out what happened so it never happens again," he added later.

Regardless of the origin of the virus, Trump's Republican Party is calling for sanctions on China, accusing Beijing of covering up the epidemic and citing the government's lack of transparency.

"I am very confident that the Chinese Communist Party will pay a price for what they did here, certainly from the United States," Secretary of State Mike Pompeo said last month in a Fox News interview.

The White House is busy exploring ways to punish Beijing. One option is to sue the Communist Party for financial damages. The administration has started research into class-action cases brought by U.S. private citizens and companies against China, as well as into precedents established by other countries, a source close to the White House said.

Under international law, a sovereign state is generally not subject to the jurisdiction of the courts of another country. U.S. law does not recognize the court rulings of other nations.

Yet the Berman Law Group is representing plaintiffs in a class-action suit lodged in the U.S. against the Chinese Communist Party. Matthew Moore, an attorney with the American firm, notes that the party is not a sovereign nation.

A court victory could let authorities seize U.S.-based properties linked to the Communist Party, Moore said. But such an enforcement action risks retaliation against American companies operating in China, such as freezing of assets.

Trump has not ruled out punitive tariffs against China, painting them as the most powerful weapon on the table. But if he goes that route, Beijing's pledge to buy more American agricultural products under the "phase one" bilateral trade deal that took effect in February likely will not be realized.

This means the punitive tariffs risk hurting American farmers, who are crucial to Trump's hopes for reelection in November. If China responds with its own tariffs, the price of imports into the U.S. will jump, adding salt to an already wounded economy.

Republicans have suggested halting payments of debt obligations to China, an idea that Trump has rebuffed as harmful to the U.S. currency.

"We want to protect the sanctity of the dollar," Trump said Friday.

Breaking up the Sino-U.S. supply chain by relocating capacity out of China has been raised as another option, but few effects from such a move would be realized in the short term.

Trump faces an uphill climb in carrying out effective action against China, said a former senior American government official, who sees the China-bashing as merely an election-year ploy. Since U.S. opinion polls show bipartisan antipathy toward Beijing, Trump is touting his China-hawk credentials for his electoral base, the thinking goes.

In that case, the White House could enact symbolic sanctions against high-ranking officials in the Communist Party.

But the Trump administration's broadsides, if they lead to mounting international pressure against China, could forestall any designs by Beijing to undermine the U.S.-led global order in the post-coronavirus era.

China has claimed it was able to overcome the pandemic through heavy-handed tactics aided by security cameras and other high-tech means. Pompeo has hit back, saying the way the epidemic spread demonstrates the superiority of democracies over the Chinese system.

"This is an enormous crisis created by the fact that the Chinese Communist Party reverted to form, reverted to the kinds of disinformation, the kinds of concealment, that authoritarian regimes do," Pompeo said Sunday in an interview.