NEW YORK -- U.S. President Donald Trump's new envoy to Tokyo wants to advance the bilateral trade deal to "phase two" and include autos in the discussions, he said on Wednesday.

In testimony before the Senate Foreign Relations Committee, Kenneth Weinstein, the president and CEO of Washington think tank Hudson Institute, said that making further progress on trade issues with Japan is critical.

"We've had the phase one agreement and the digital agreement, but we really do need to go further, particularly in the auto sector," the ambassador-to-Japan-designate said.

Weinstein's words may raise fears in Tokyo that the Trump administration will use the threat of auto tariffs to secure favorable conditions for the U.S. in terms of auto trade.

In a 2018 agreement with South Korea, the Trump administration succeeded in doubling the annual quota of cars produced by American companies under U.S. safety standards that South Korea must accept into its market to 50,000 per automaker. 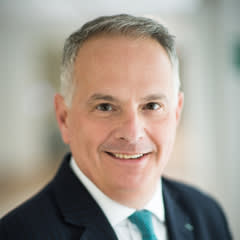 Last year, Trump dangled the threat of an additional 25% tariff and quotas on foreign cars, citing the growth in such imports as a national security threat. So far, Japanese Prime Minister Shinzo Abe has succeeded in fending off these threats.

A 25% tariff could cost automakers such as Toyota Motor billions of dollars.

Meanwhile, on the security side, Weinstein made clear that he will encourage Japan to strengthen its defense capabilities and shoulder greater responsibility within the alliance with America.

"For six decades, the U.S.-Japan Alliance has served as the cornerstone of peace, security and prosperity in the Indo-Pacific region," he said. "Japan hosts over 50,000 U.S. military personnel and advanced U.S. defense assets, including the U.S. 7th Fleet, enabling both countries to ensure peace and stability in the region and beyond."

But as the two allies engage in a competition with China in the Indo-Pacific, "We all need to do more," he said.

The U.S. and Japan are scheduled to discuss "host-nation support" -- the money Tokyo pays to cover part of the cost to station American troops -- in the coming months.

The Trump administration has already demanded that South Korea increase its host-nation support fivefold to $5 billion a year, which Seoul has refused.

"Japan has certainly significantly increased its purchases of U.S. military equipment, whether it be F-35s, whether it be the Hawk Eye, whether it be Global Hawk," Weinstein said. "And I'm optimistic we will come to some sort of fruitful conclusion for these host-nation support negotiations."