Trump says Abe nominated him for Nobel in 'beautiful' letter 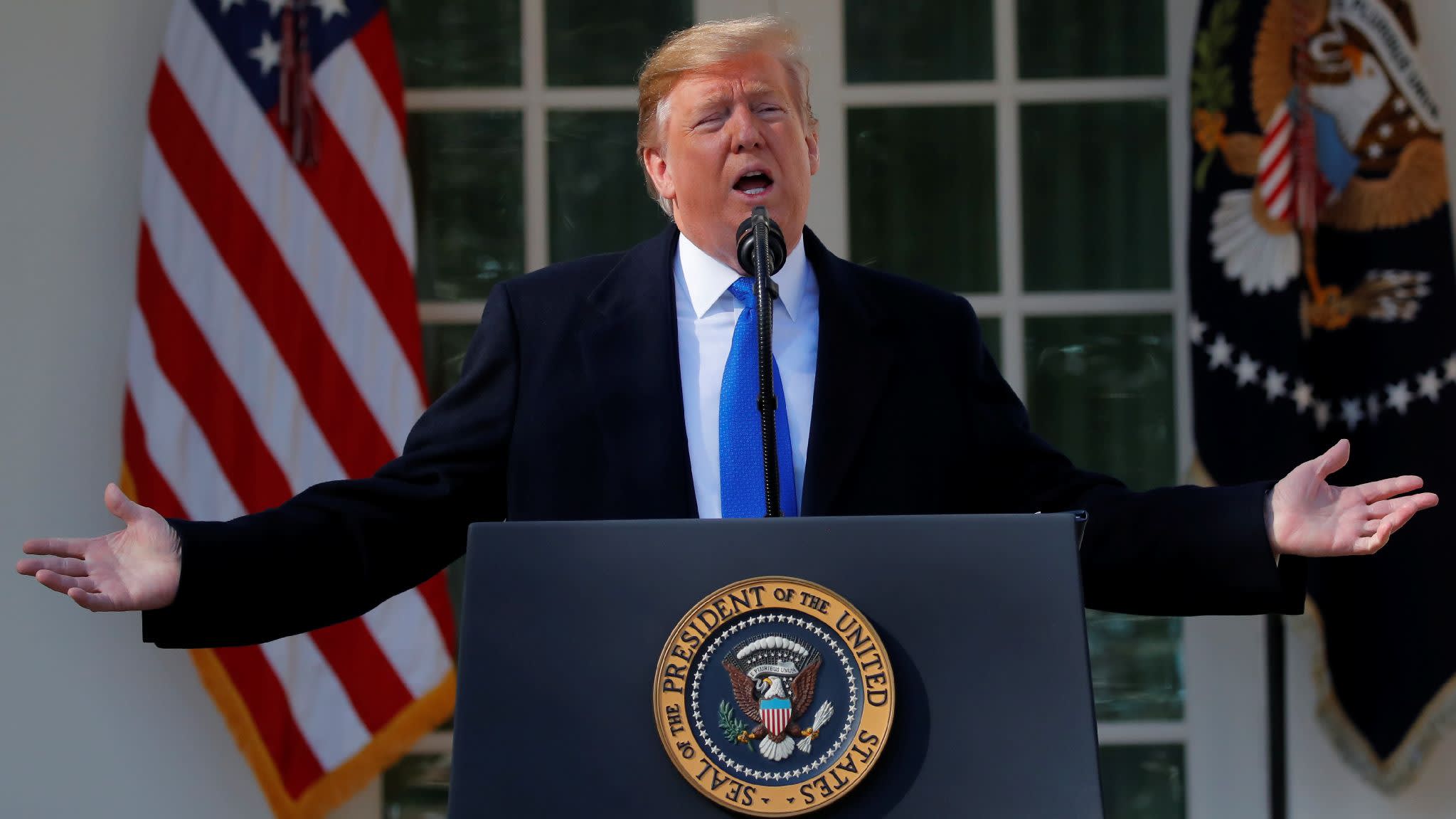 Trump said that Abe showed him a letter he sent to the Nobel committee, prompting the American leader to thank the prime minister.

"Prime Minister Abe of Japan gave me the most beautiful copy of a letter that he sent to the people who give out a thing called the Nobel Prize," he said. "[Abe] said, 'I have nominated you, respectfully, on behalf of Japan. I am asking them to give you the Nobel Prize.'"

"He had rocket ships, and he had missiles flying over Japan, and they had alarms going off, you know that," Trump said. "Now all of a sudden, they feel good. They feel safe. I did that."

The president added that he "probably will never get it."

Trump was nominated for the same prize in 2018 by Republican lawmakers but was not selected.

South Korean President Moon Jae-in said in April that Trump should receive the peace prize, but it is unclear whether he sent a nomination to the committee. It is possible that Trump confused Abe and Moon in the retelling.