Trump to represent US at APEC

Attendance at Nov. 20 meeting will be his first since 2017 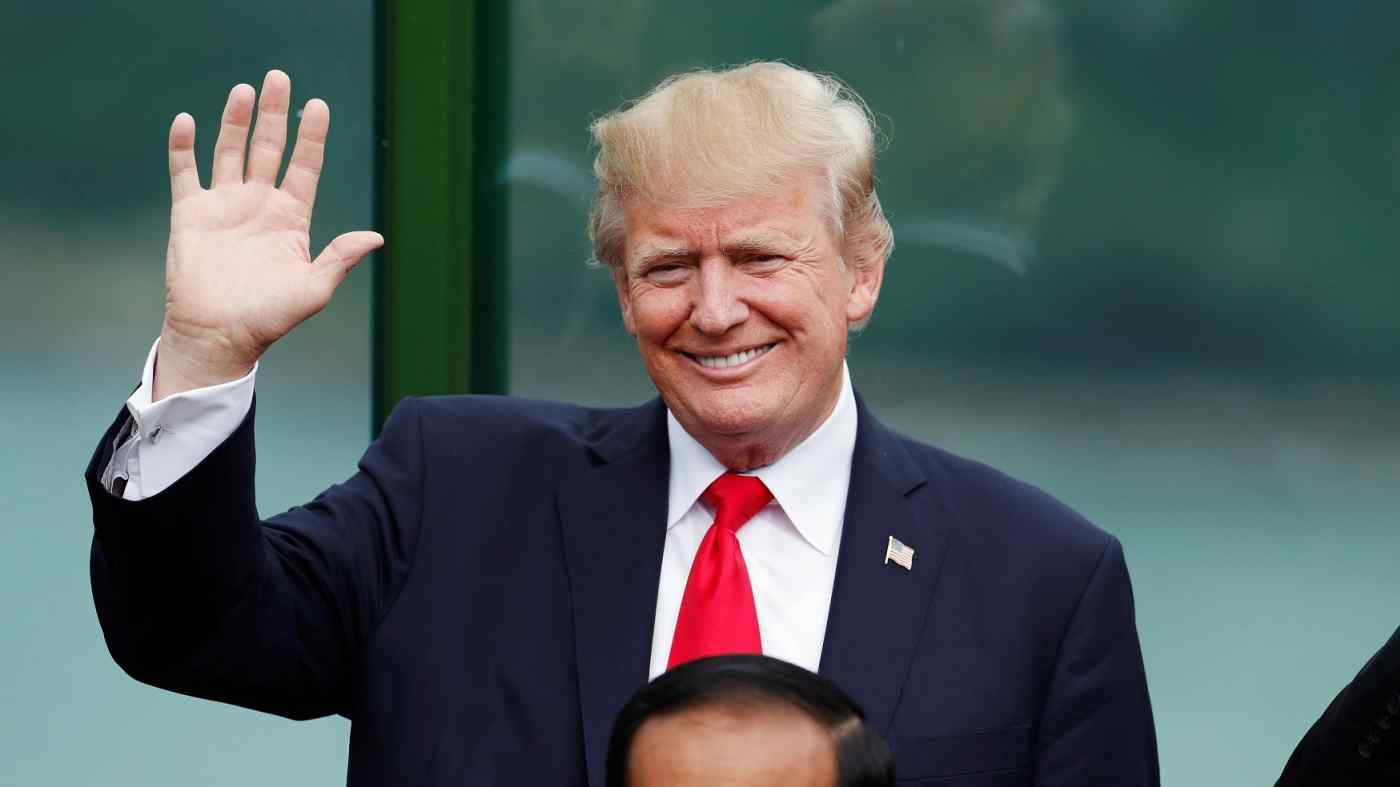 Trump's participation in the Asia-Pacific Economic Cooperation (APEC) forum hosted virtually by Malaysia on Friday will be his first in the event since 2017, the only time he has participated.

"POTUS is doing APEC," said a U.S. official, who did not want to be identified, using the acronym for the President of the United States.

The White House declined to comment and while the current plan is for Trump to take part in APEC, the Republican president is preoccupied with an uphill battle to contest his defeat in the Nov. 3 presidential election. In the past, he has changed his mind about taking part in such meetings.

China's Xi is scheduled to be among the participants in Friday's APEC leaders' meeting and will also address a chief executives' conference starting on Thursday.

Last year's APEC summit, which Trump had been due to attend, did not take place because Chile backed out of hosting it amid violent street protests.

Vice President Mike Pence represented the United States at APEC in 2018 amid heightened U.S.-China tensions, which have deteriorated since to their worst level in decades.

Trump failed in his re-election bid after a campaign that highlighted rivalry with China, although he has refused to concede defeat. Democratic rival Joe Biden is due to take over on Jan. 20.

APEC is being held virtually this year due to the COVID-19 pandemic, which has hit the United States hardest and which Trump has blamed on China.

The U.S. official in charge of APEC said last week the United States had yet to decide who would attend the leaders' meeting, suggesting Xi would take the spotlight at a time of steadily increasing Chinese influence across Asia.

A joint APEC ministerial statement on Monday outlined the need for free, fair and non-discriminatory trade practices to drive economic recovery from the pandemic and structural reforms to promote sustainable and inclusive growth.

Trump's East Asia Summit no-show was viewed by many analysts as a snub even though even his administration had declared the Asia-Pacific and competition with China a foreign policy priority.

The U.S. Chamber of Commerce said on Monday it was concerned the United States was being left behind after the 15-nation Regional Comprehensive Partnership Agreement (RCEP) formed the world's largest free-trade bloc, cementing China's dominant role in regional trade.

The United States is absent from both RCEP and the successor to the Trans-Pacific Partnership (TPP) trade agreement, which Trump withdrew from after taking office in 2017.