President urges Abe to correct the 'trade imbalance' between the allies 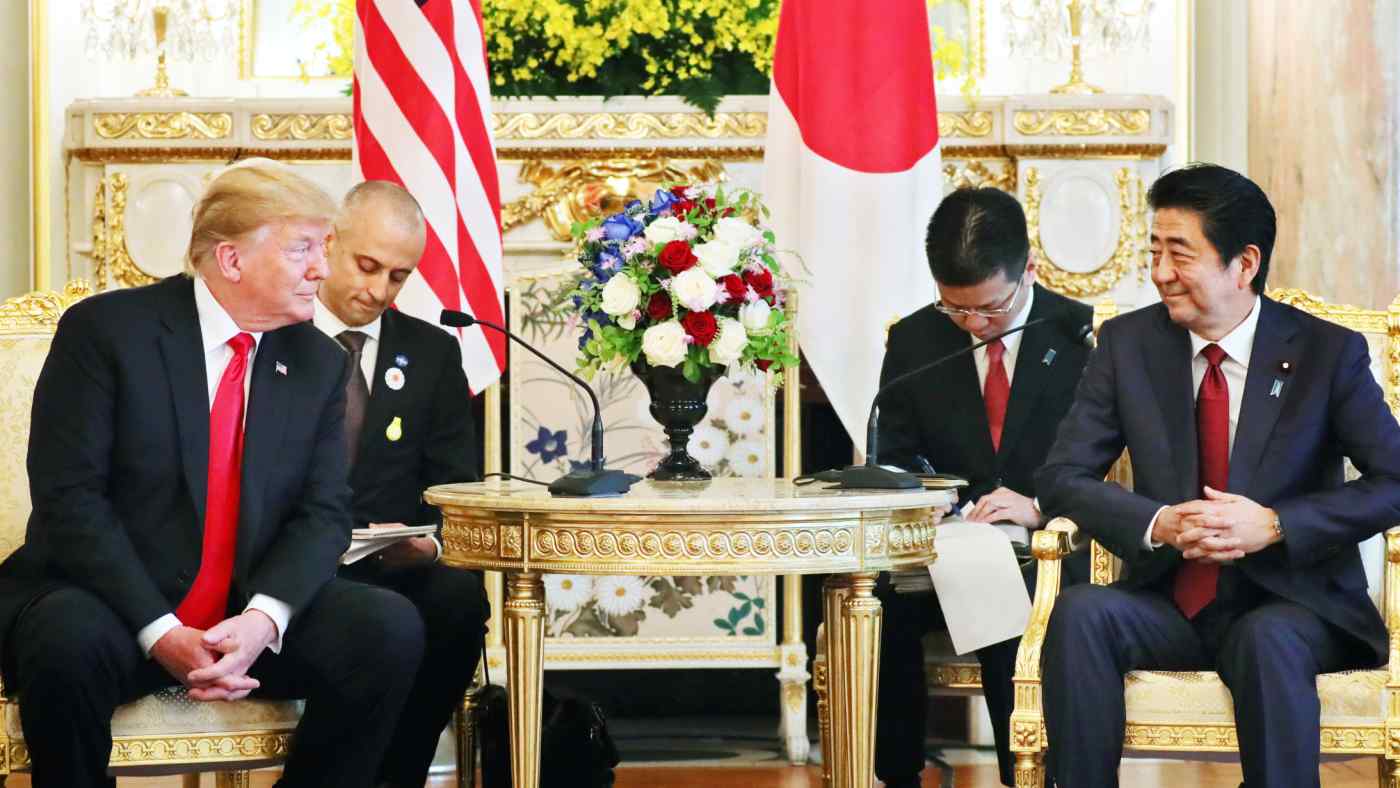 TOKYO -- U.S. President Donald Trump urged Japanese Prime Minister Shinzo Abe to correct what he said was a trade imbalance between the two countries, saying that the two allies should be able to announce a deal in the summer.

"We will be announcing some things, probably in August, that will be very good for both countries," Trump said in opening remarks before talks with Abe at the Akasaka state guesthouse in Tokyo on Monday.