Turkey jockeys with China for influence in Africa

From railways to diplomacy, Ankara looks to extend its geostrategic reach 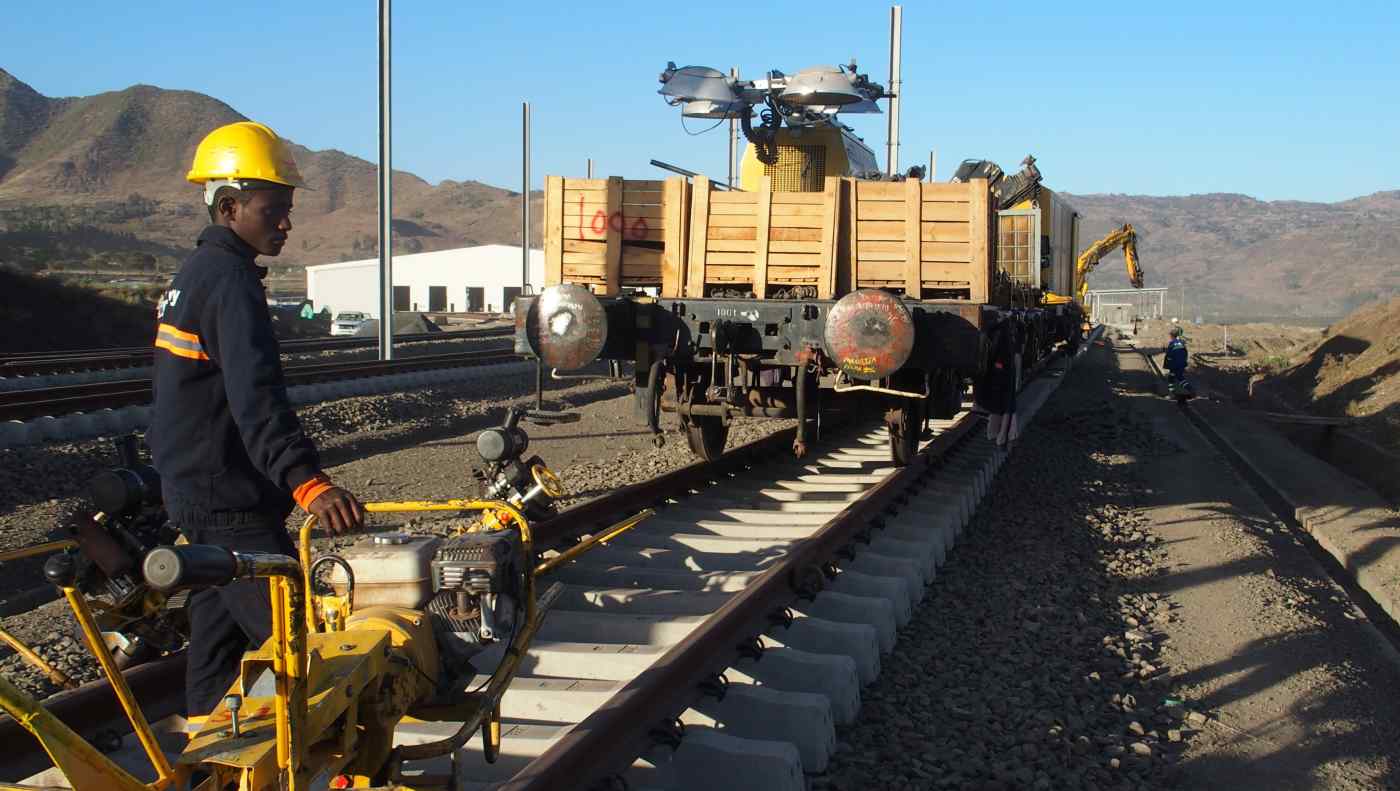 ISTANBUL -- Much has been written in recent years on China's growing influence in Africa. But it has a challenger in Turkey, which, like China, is looking to expand its strategic and economic reach.

Turkish construction companies have recently bested Chinese rivals on big infrastructure projects, winning orders in Ethiopia and Rwanda. And Ankara has nearly as many embassies on the continent as Beijing.

Turkey, sitting astride Europe and Asia, will play an important role in the Belt and Road Initiative, which China hopes will forge stronger economic links between the two continents. Turkey has good relations with the emerging superpower, but that has not stopped it from competing vigorously with China in Africa.

Yapi Merkezi, a big Turkish construction company, has been building a 400km railway line in the Horn of Africa nation of Ethiopia since January 2015. The project "will change people's lives and contribute greatly to the fast-track development of Ethiopia," said Mustafa Ay, Yapi's deputy project manager in mid-February, as he stood in front of a bridge in the northern city of Kombolcha.

In 2012, Yapi won a $1.7 billion order to build the railway line, which features a 1,500 meter change in elevation, 51 bridges and 12 tunnels. Its competitors included state-run China Railway Group and China Civil Engineering Construction Corporation. The Istanbul-based company is due to complete the 270km first phase of the project for Ethiopia's national railway operator later this year. Turkish President Recep Tayyip Erdogan, left, is greeted by his Sudanese counterpart, Omar al-Bashir, at an airport in Khartoum, Sudan, in December 2017.   © Reuters

Turkish contractors, when working abroad, have mostly stuck close to home, carrying out projects in the former Soviet Union, Middle East and North Africa. North Africa accounts for 80% of the roughly 1,300 projects that Turkish companies have completed on the continent over the half century through 2017. The projects were worth $65 billion in all, according to the Turkish Contractors Association.

As African economies have grown over the past decade, Turkish construction companies have seen significant growth in orders from countries south of the Sahara. Summa built a parliament building and a shopping mall in Equatorial Guinea and a convention center in Rwanda. In both cases it outbid Chinese competitors.

The Turkish government supports these efforts. "We would like to cement our relations in several fields, including the military, the defense industry and cultural areas, based on friendship and cooperation," President Recep Tayyip Erdogan said of Africa in late February. Erdogan is a frequent visitor.

Following a tour of Sudan, Chad and Tunisia in December 2017, Erdogan visited Algeria, Mauritania, Senegal and Mali, starting in late February. He signed agreements with those countries aimed at expanding trade and strengthening defense cooperation.

Erdogan, who faces criticism from the U.S. and Europe over his authoritarian rule and military intervention in Syria, is striving to expand Turkey's influence in regions such as Africa and Central Asia. Turkish Airlines, which is 49% government owned, flies to 52 African cities in 34 countries. Turkey has embassies in 44 African countries, up from just 12 in 2009, narrowing the gap with China, which has more than 50.

But China's African footprint is huge. Some of its projects on the continent are worth more than $5 billion apiece. At the 2015 Forum on China-Africa Cooperation Summit, Chinese President Xi Jinping pledged $60 billion over three years to fund projects in Africa. Turkey cannot match China's financial muscle.

But Chinese goodwill can have strings attached. The African Union headquarters in Addis Ababa, built by China as a "gift," was reportedly bugged.

Some African leaders worry about China's dominance in major infrastructure projects, and stipulations requiring that the structures be handed over to Chinese control if the recipient cannot repay the loans made to finance them. Turkey offers an alternative.

While Turkey jockeys with China for influence in Africa, it also shrewdly welcomes Chinese investment, including a project to make electric vehicle batteries in Turkey. Two of China's four largest banks operate in the country. Ankara is also seeking China's participation in a high-speed railway line that will link eastern and western Turkey, as well as help building a nuclear power plant.