Man was seen being pulled into the facility's grounds and assaulted 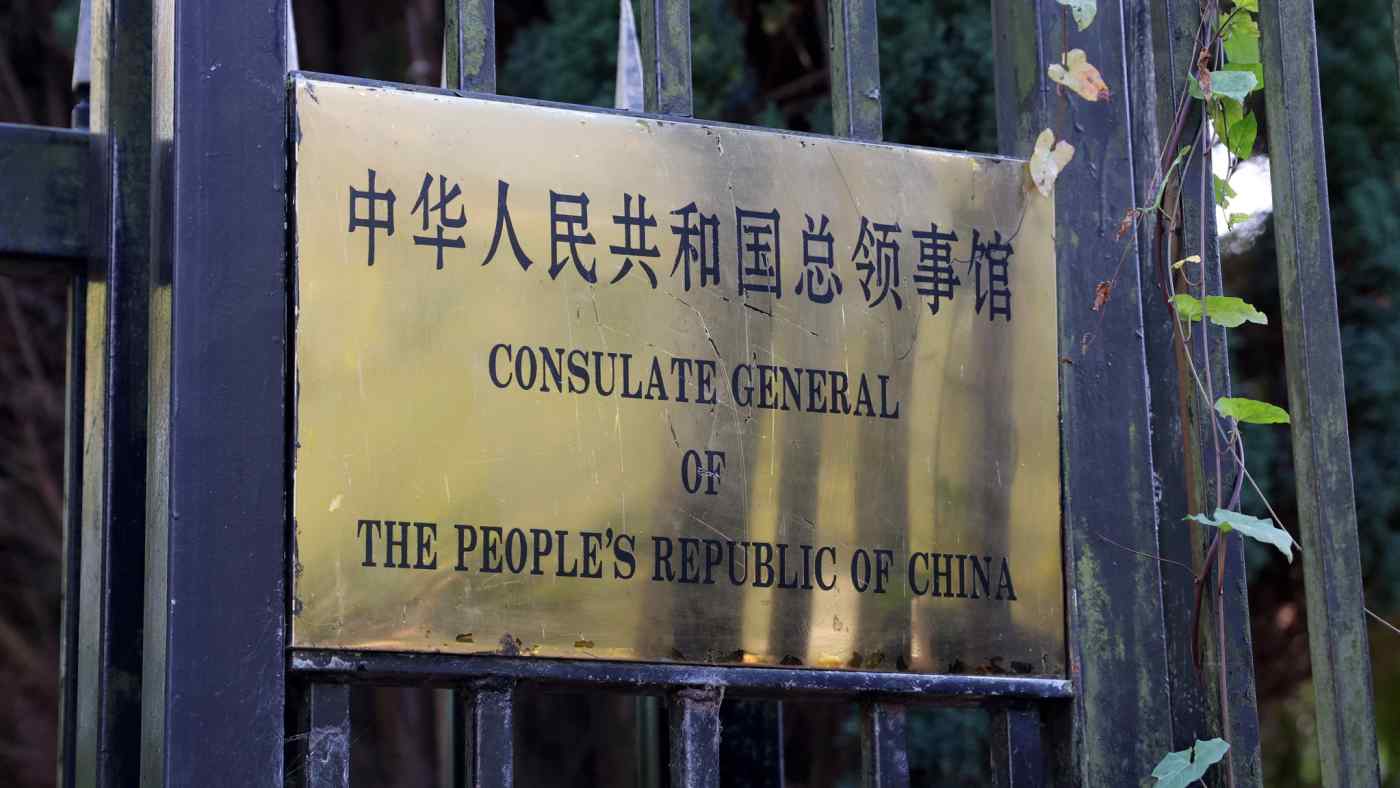 Britain has summoned China's Charge d'Affaires over an assault on a protester who was beaten after being dragged inside the grounds of the Chinese consulate in Manchester, England, British foreign office minister Jesse Norman said on Tuesday.   © Reuters
October 18, 2022 22:47 JST | China
CopyCopied

HONG KONG/BEIJING/LONDON (Reuters) -- Britain summoned China's Charge d'Affaires on Tuesday to explain an incident in which a Hong Kong pro-democracy protester was seen being pulled into the grounds of the Chinese consulate in Manchester, England and beaten.

British police are investigating the incident, which occurred during a demonstration against Chinese President Xi Jinping. Officers entered the consulate grounds to rescue a man who they said "was dragged" inside and assaulted by several men.

"Diplomatic institutions of any country have the right to take the necessary measures to safeguard the peace and dignity of their premises," he added.

Britain's foreign office said it was extremely concerned about what it called "apparent scenes of violence."

"The Foreign Secretary has issued a summons to the Chinese Charge d'Affaires at the Chinese Embassy in London to express His Majesty's government deep concern at the incident and to demand an explanation for the actions of the consulate staff," British foreign office minister Jesse Norman told parliament.

The meeting would take place later on Tuesday, Norman said.

"All those on our soil have the right to express their views peacefully, without fear of violence," Norman said.

The protest, involving 30-40 people including Hongkongers now resident in Britain, took place at the start of a twice-a-decade congress of China's ruling Communist Party in Beijing at which Xi is widely expected to win a third leadership term.

Footage posted by the BBC showed a man in a black cap and ponytail being hauled through a gate into the consular grounds, where he was kicked and punched by five men as he lay on the ground.

British lawmaker Alicia Kearns said China's Manchester consul general, Zheng Xiyuan, "had full sight, and was quite possibly involved, in the assaults." The Chinese spokesman, Wang, declined to confirm or deny whether Zheng Xiyuan was involved in the incident.

The victim spent the night in hospital for treatment and an investigation is ongoing, the British police added in a statement.

The man, whose first name is Bob, is in his 30s and emigrated to Britain from Hong Kong recently, according to a friend close to him.

Interviewed by British broadcaster Sky News, Bob said he feared for his life, and showed cuts to his face and bruises on his body after the assault.

"They are like gangsters, you know, doing things like gangsters. It shouldn't be like that. It's not in China you know. This is the U.K.," Bob told the news channel.

The incident was triggered when several men came out of the consulate to take down protest banners, including one with the slogan: "Heaven will destroy the Chinese Communist Party", and a caricature of Xi wearing a crown.