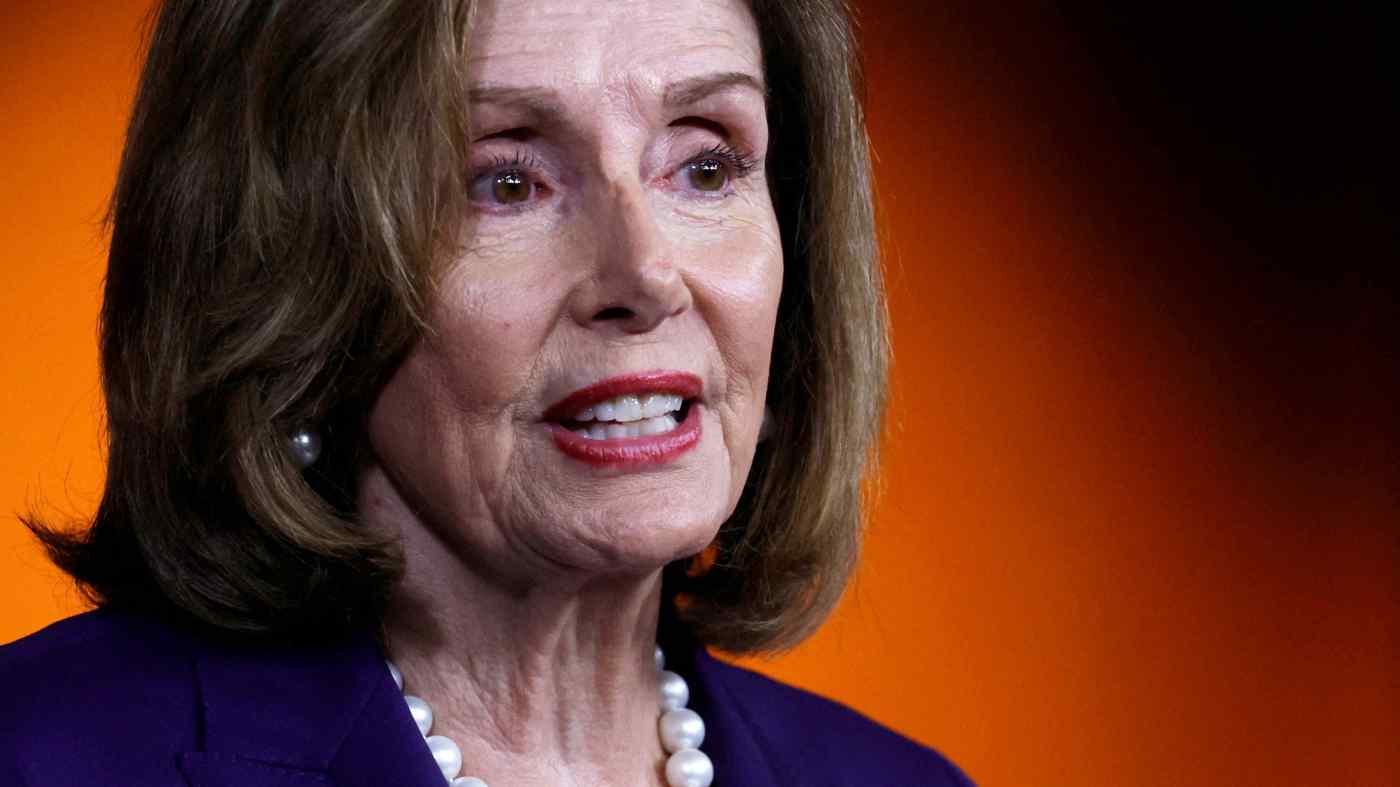 U.S. House of Representatives Speaker Nancy Pelosi leads a Congressional delegation to the Indo-Pacific region, her office said in a press release. It did not specify whether Pelosi might visit Taiwan.   © Reuters
July 31, 2022 17:12 JST | Taiwan
CopyCopied

BEIJING (Reuters) -- U.S. House of Representatives Speaker Nancy Pelosi starts a tour of four Asian countries on Sunday, her office said, without mentioning Taiwan amid intense speculation she might visit the self-ruled island claimed by China.

"Speaker Nancy Pelosi is leading a Congressional delegation to the Indo-Pacific region, including visits to Singapore, Malaysia, South Korea and Japan," her office said in a press release.

The release said the visit would include those countries, but did not specify whether Pelosi, who is number 3 in the line of presidential succession, might make other stops.

"The trip will focus on mutual security, economic partnership and democratic governance in the Indo-Pacific region," it said.

Gregory Meeks, chair of the House Foreign Affairs Committee, was among the delegation listed.

China views visits by U.S. officials to Taiwan as sending an encouraging signal to the pro-independence camp in the island. Washington does not have official diplomatic ties with Taiwan but is bound by law to provide the island with the means to defend itself.

President Xi Jinping warned his U.S. counterpart Joe Biden on Thursday that Washington should abide by the one-China principle and "those who play with fire will perish by it."

Biden told Xi U.S. policy on Taiwan had not changed and that Washington strongly opposes unilateral efforts to change the status quo or undermine peace and stability across the Taiwan Strait.

Shen said at a military airshow that the air force has many types of fighter jets capable of circling "the precious island of our motherland". He said China's "air force has the firm will, full confidence and sufficient capability to defend national sovereignty and territorial integrity."