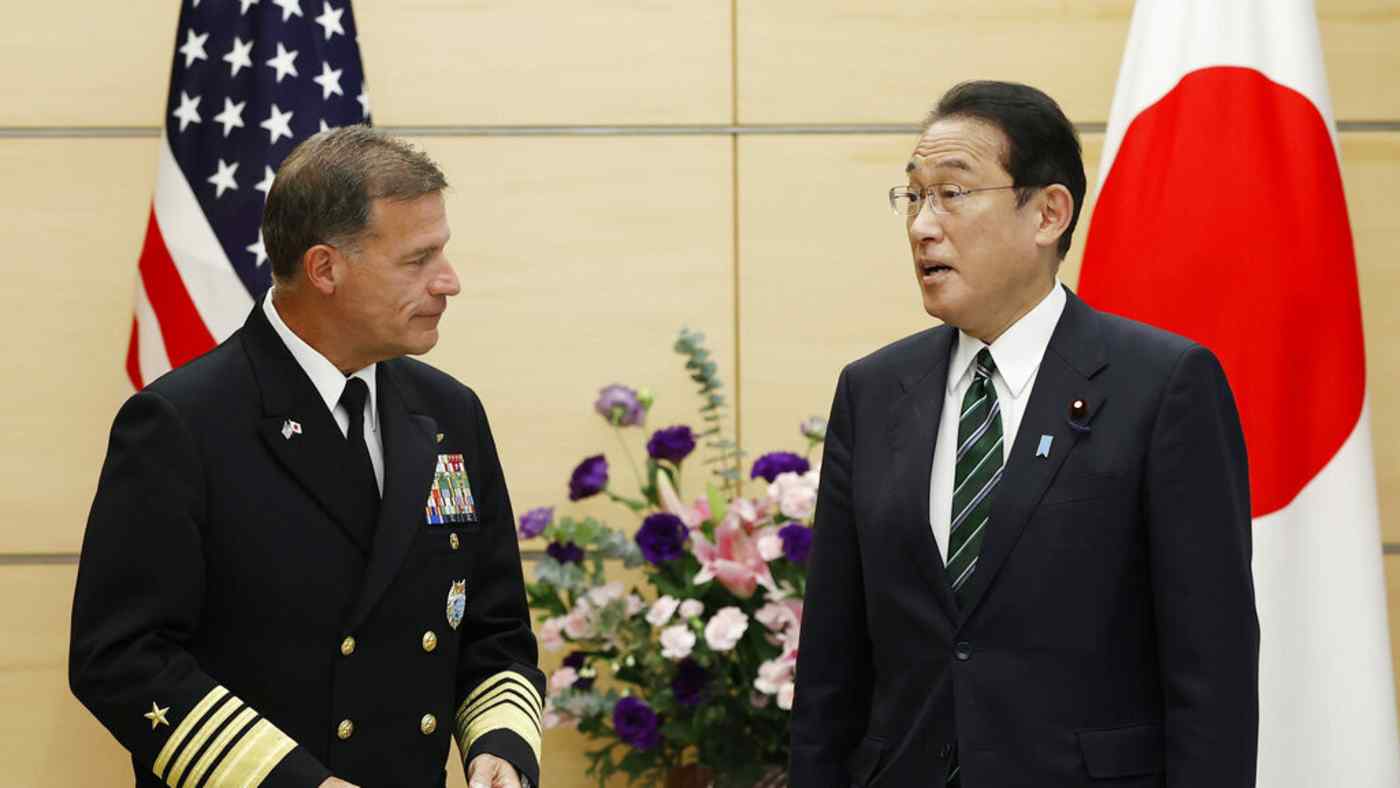 Adm. John C. Aquilino was in Tokyo following a three-day joint session with Chief of Staff Koji Yamazaki that included a trip to Japan's southern islands, where they observed Japan Self-Defense Force exercises in the same region where Chinese warships have been repeatedly spotted.

Aquilino told Kishida he is committed to working with Japan "to deliver a free and open Indo-Pacific and peace and stability and prosperity for the region."

He said the U.S.-Japan alliance is strong thanks to Japan and other allies and partners in the region.

The U.S. and Japan have been promoting the goal of a free and open Indo-Pacific to ensure peace, free navigation and rule-based international order in the key international sea lanes, a move also joined by Australia and India in a framework known as the Quad. The strategic dialogue is seen as a move to counter China's increasing influence in the region.

Britain and France, as well as some other European nations, have also shifted their attention to the region and recently conducted joint military exercises. Some of these countries are also participating in the United Nations Security Council's surveillance mission in the regional seas to monitor illegal North Korean maritime activities.

Kishida told Aquilino he wants to further promote cooperation with the United States in the region "for the stability of the region and the international community."

China, which claims most of the disputed South China Sea as well as Japanese-held islands in the East China Sea, has defended its growing maritime activities and says it has the right to defend its sovereignty, security and development interests.