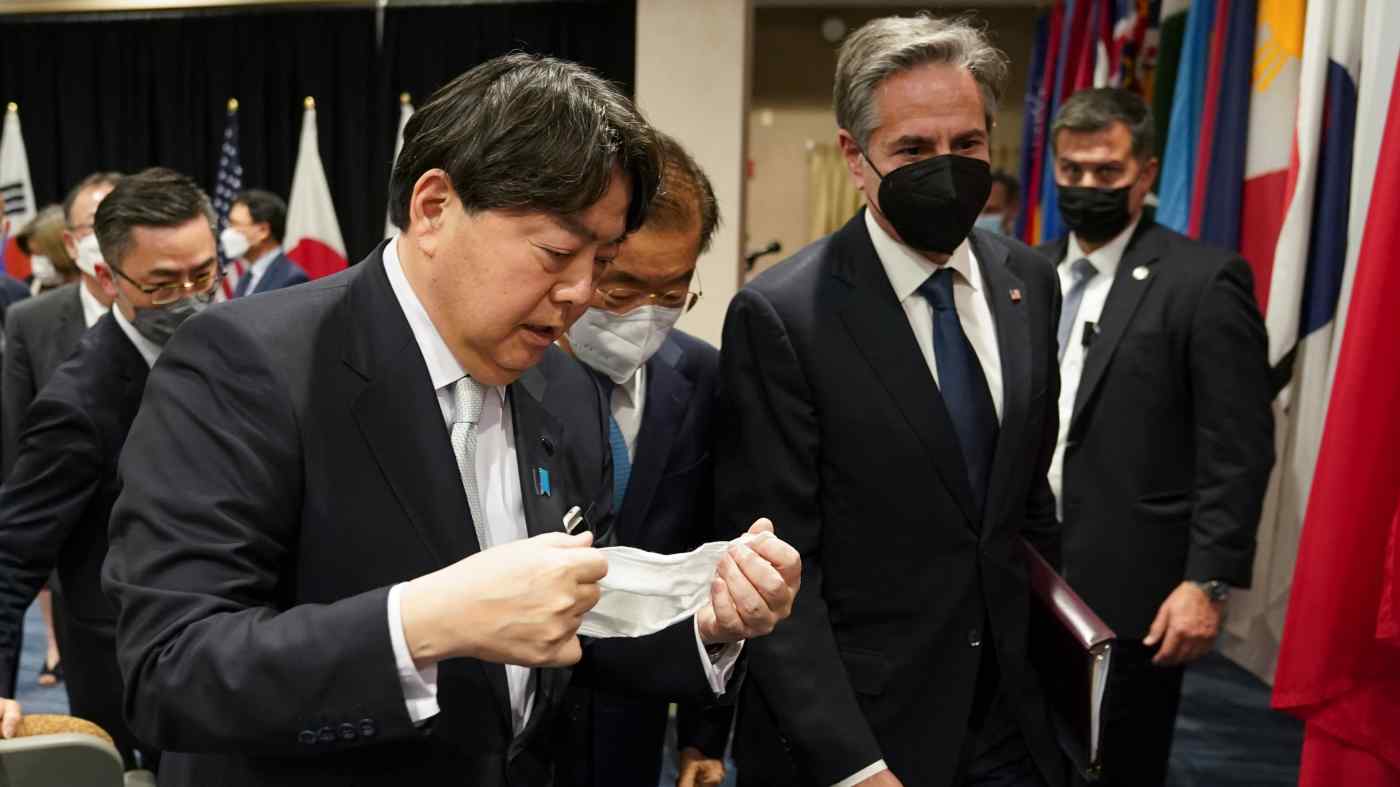 HONOLULU (AP) -- U.S. Secretary of State Antony Blinken met his Japanese and South Korean counterparts Saturday in Hawaii to discuss the threat posed by nuclear-armed North Korea after Pyongyang began the year with a series of missile tests.

Blinken said at a news conference after the meeting that North Korea was "in a phase of provocation" and the three countries condemned the recent missile launches.