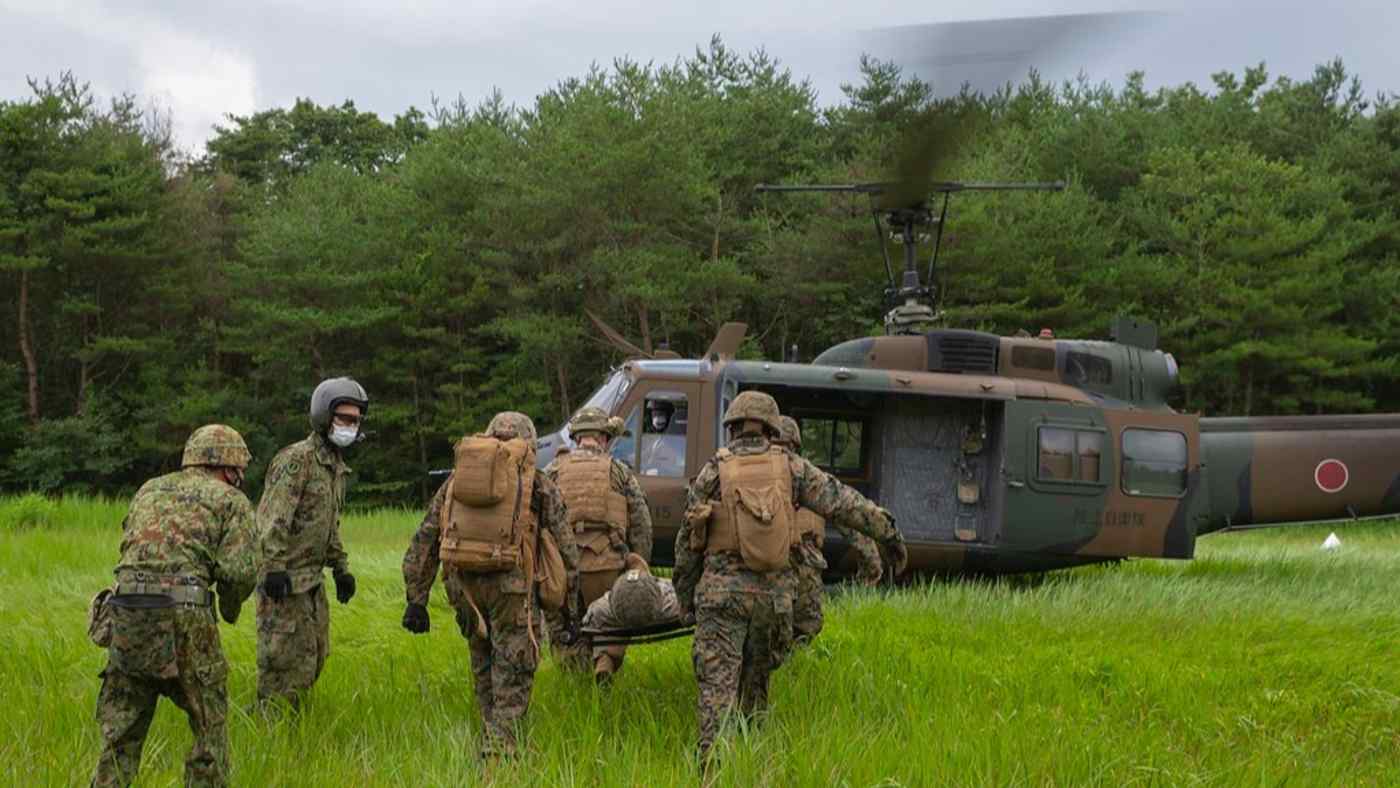 HACHINOHE, Japan -- Japanese and U.S. personnel concluded a two-day exercise on Wednesday that was designed as training for a rapid response to an amphibious invasion of a remote island.

The drill between the U.S. Marine Corps and Japan's Ground Self-Defense Force, which was open to the media, was the first to feature the High Mobility Artillery Rocket System, or HIMARS, that had been transported to the site by air.