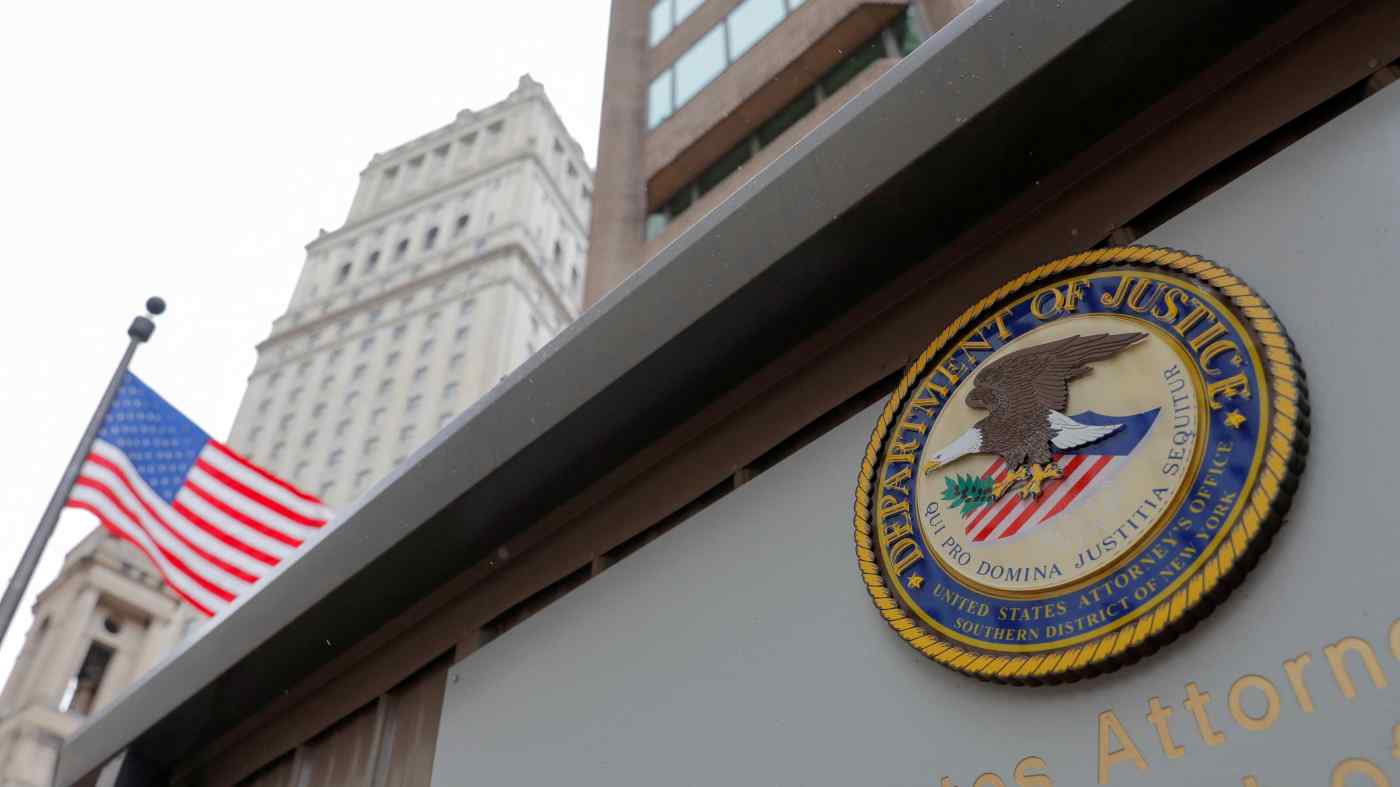 The seal of the U.S. Department of Justice. The indictment charges a American citizen and four Chinese intelligence officers with spying on Chinese dissidents and pro-democracy activists in the U.S.   © Reuters
May 19, 2022 03:12 JST | U.S.
CopyCopied

WASHINGTON (Reuters) -- A U.S. citizen and four Chinese intelligence officers have been charged with spying on Chinese dissidents, human rights leaders and pro-democracy activists residing in the United States, the Department of Justice said on Wednesday.

The indictment alleges Wang Shujun, of Queens, New York, used his status within Chinese diaspora and dissident communities to collect information about activists on behalf of China's Ministry of State Security (MSS).

Wang, 73, was arrested on March 16 and will be arraigned at a later date, the Justice Department said. The four MSS officials, whom the department named as Feng He, Jie Ji, Ming Li and Keqing Lu, are still at large, it added. The indictment was unsealed on Tuesday in a federal court in Brooklyn.

"Today's indictment exposes and disrupts an operation by the PRC that threatens the safety and freedom of Chinese nationals residing in the United States on account of their pro-democracy beliefs and speech," U.S. Attorney for the Eastern District of New York Breon Peace said.

Wang has provided information to the MSS since at least 2011, the indictment alleges. The MSS officials directed Wang to target Hong Kong pro-democracy activists, advocates for Taiwanese independence and Uyghur and Tibetan activists, it says.