Beijing and Moscow aim to double trade by 2024 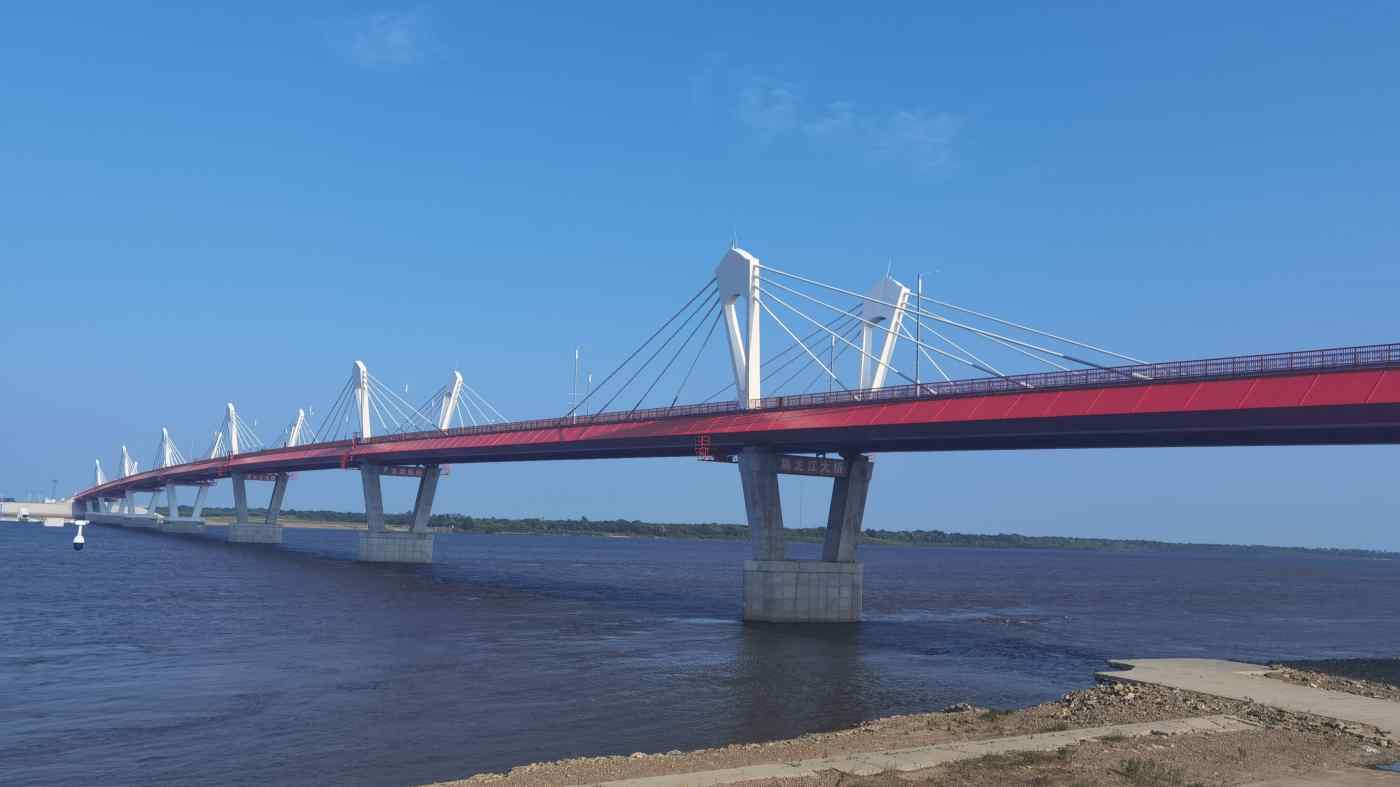 A car bridge connecting the Chinese and Russian sides of the Amir River was completed in 2019, though it remains shut to traffic due to coronavirus restrictions. (Photo by Shin Watanabe)
SHIN WATANABE, Nikkei staff writerSeptember 29, 2021 13:05 JST | China
CopyCopied

DALIAN, China -- A 2,200 meter rail bridge across the Amur River, between China and Russia, was completed in August this year, part of a push to deepen economic ties between the two countries facing U.S. sanctions.

The new bridge is a boon for companies that move goods across the China-Russia border.

"We'll be able to slash shipping times once the rail bridge opens up," said an employee at one trading company based in China's northeastern Heilongjiang Province.

Her company currently uses ships to move shipments across the river, then loads them onto trucks on the other side. But the once the bridge begins operations -- sometime between January and March -- according to Russian media, shipping will become much faster.

Beijing and Moscow have historically not always been close. But their shared rivalry with Washington has spurred greater cooperation between the neighboring powers, which aim to nearly double bilateral trade by 2024.

A car bridge that connects the Heilongjiang city of Heihe and the Russian province of Amur was also completed in 2019. Though still not open to traffic due to increased border restrictions from the coronavirus, locals believe it will play a key role in the development of the area.

"Isn't it an impressive bridge? It's even become a tourist attraction," a local taxi driver said.

The infrastructure drive extends to the energy sector as well. In December 2019, Russia's state-run Gazprom began operating the Power of Siberia -- a natural gas pipeline connecting the Russian Far East and northeastern China. Another pipeline is in the works.

China and Russia plan to increase bilateral trade to $200 billion in 2024. The figure has been trending up in recent years and reached $107.7 billion in 2020, according to official Chinese data.

Russian exports to China include natural gas and lumber, while Chinese exports include appliances and machinery.

"The countries provide what the other lacks," said Takafumi Nakai, deputy chief of the Japan Association for Trade with Russia & NIS.