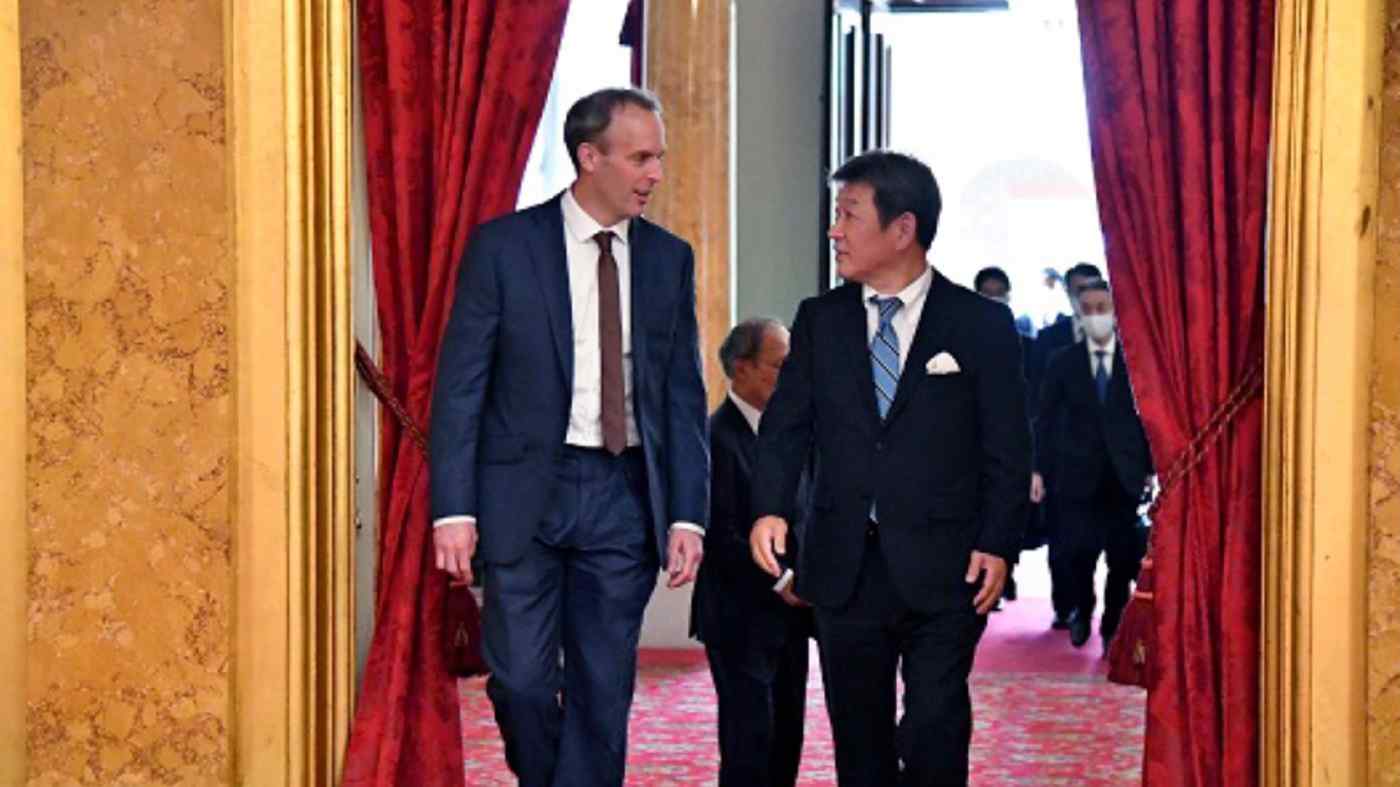 LONDON (Kyodo) -- Britain and Japan stand "side by side" on a range of international issues including Hong Kong and the coronavirus pandemic, Foreign Secretary Dominic Raab said Wednesday following talks with Japanese Foreign Minister Toshimitsu Motegi.

During their discussions in central London, the two also spoke about defense and security cooperation and ways to maintain a free and open Indo-Pacific region.

Calling Japan "a key security partner in Asia," Raab said in a statement after the meeting that the partnership "gains its strength from a mutual belief in collective security, respect for the rules-based international system and shared economic and strategic aims."

"Whether it's our collective response to COVID-19, cyber security, climate change, or support for freedom in Hong Kong, the U.K. and Japan stand side by side, and I look forward to an even closer partnership in future," the statement said.

Motegi became the first member of Prime Minister Shinzo Abe's Cabinet to travel overseas since the start of the coronavirus pandemic.

During his stay through Saturday, Motegi will be undertaking late-stage discussions with International Trade Secretary Liz Truss on a new free trade agreement between the United Kingdom and Japan.

The two countries are aiming to build on the existing Japan-EU free trade agreement that Britain will leave when the transition period for its exit from the European Union concludes at the end of the year.

London is hoping the deal can be signed in September. It would be the first free trade agreement since the United Kingdom left the European Union in January.

The two countries launched negotiations in June, with Tokyo looking to scrap auto tariffs as soon as possible, while London wants benefits for its financial services and textile industries.

Trade between the countries was worth about $38 billion last year, with Japan being Britain's 11th-largest export market and Britain the 12th-biggest market for Japan.