UK raises pressure on China with carrier deployment to Asia 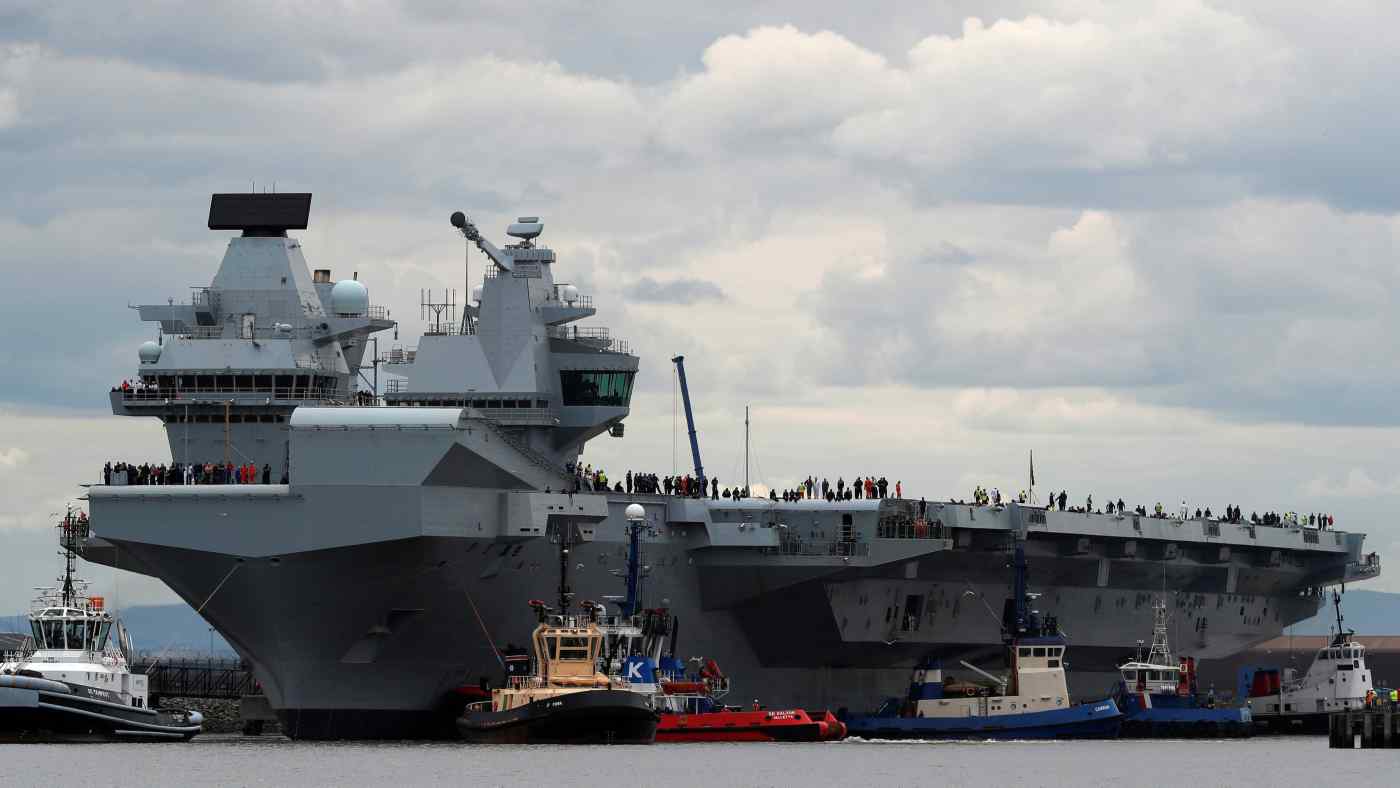 LONDON -- The U.K. will send an aircraft carrier to Asia in 2021 as diplomatic tensions with China mount over Hong Kong and other hot-button issues, part of new military plans that also include the creation of space and cyber defense forces.

"Next year, HMS Queen Elizabeth will lead a British and allied task group on our most ambitious deployment for two decades, encompassing the Mediterranean, the Indian Ocean and East Asia," British Prime Minister Boris Johnson said in an online speech to parliament Thursday.

Other British officials have raised the possibility of sending a carrier to the Asia-Pacific, though this is the first time Johnson explicitly commented on the idea. The move likely is intended to send a message to China, whose increasing political crackdown on Hong Kong has led to diplomatic tensions with the U.K.

Johnson gave no further details on the deployment. But The Times, a British newspaper, reported in July that military chiefs had crafted a plan to base the Queen Elizabeth in the Far East. The carrier could take part in joint exercises with U.S. and Japanese forces as well as freedom of navigation operations designed to challenge maritime claims deemed excessive.

In addition to the carrier deployment, Johnson on Thursday announced the creation of a National Cyber Force and a Space Command in response to emerging threats to national security.

The National Cyber Force, which he said was already in operation, drew personnel from the MI6 intelligence service and the Government Communications Headquarters to protect British people and companies from cyberattacks as well as target hostile actors like terrorist cells.

Johnson also said the U.K. will launch satellites and its first rocket from Scotland in 2022.

Altogether, London plans to spend 16.5 billion pounds ($21.9 billion) more on defense during the next four years than its previous commitment, Johnson said.

Washington has pressured NATO members to boost defense spending under President Donald Trump and is expected to continue doing so after President-elect Joe Biden takes office. British media have largely reported Johnson's plans as a way to reaffirm the U.K.'s commitment to the alliance with the U.S.

Britain also sees increased defense spending as a way to stimulate its coronavirus-hit economy. The U.K. estimates that bolstering its defense industry could create 10,000 new jobs a year.