PM also under pressure at home to resign over party row 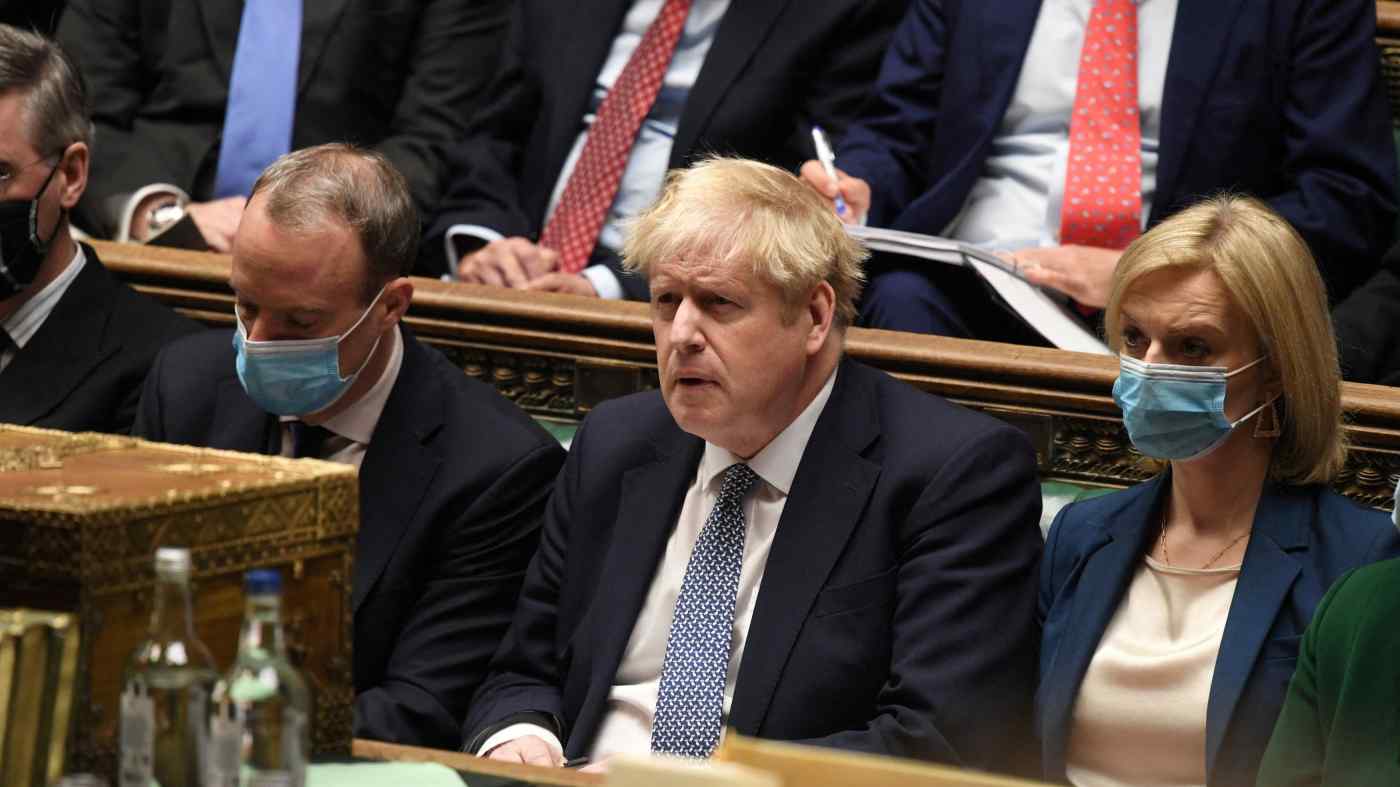 TOKYO -- The governments of Japan and the U.K. have decided to cancel British Prime Minister Boris Johnson's visit to Japan that was scheduled for mid-February, Nikkei has learned, as it has become increasingly difficult for Johnson to make the trip as tensions between Russia and the West intensify over Ukraine.

The two governments had planned for Johnson and his Japanese counterpart, Fumio Kishida, to meet in person to discuss security cooperation in the Indo-Pacific region.