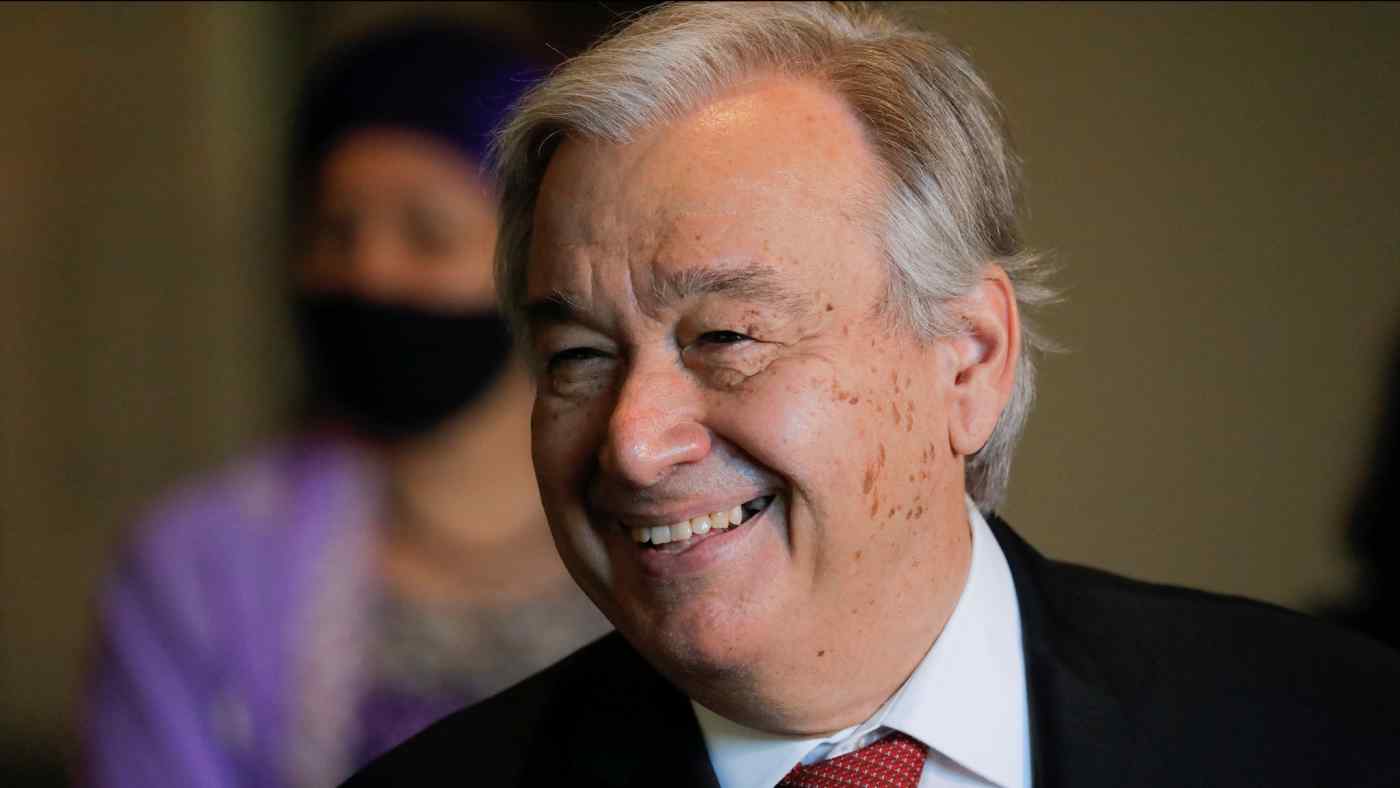 "I will give it my all to ensure the blossoming of trust between and among nations large and small, to build bridges, and to engage relentlessly in confidence building," Guterres told the General Assembly after taking the oath of office.

Guterres succeeded Ban Ki-moon in January 2017, just weeks before Donald Trump became U.S. president. Much of Guterres' first term was focused on placating Trump, who questioned the value of the United Nations and multilateralism.

The United States is the largest U.N. financial contributor, responsible for 22% of the regular budget and around a quarter of the peacekeeping budget. President Joe Biden, who took office in January, has started restoring funding that was cut by Trump to U.N. agencies and re-engaged with the world body.

U.S. Ambassador Linda Thomas-Greenfield said the United Nations faced historic challenges, but she hoped that with Guterres at the helm "the next five years will see more peace, more security, and more prosperity than the last."

"It will require hard work, political will, and accountability from all U.N. member states," she said in a statement, adding every member state should have "an impassioned commitment" to human rights.

Guterres, 72, was prime minister of Portugal from 1995 to 2002 and head of the U.N. refugee agency from 2005 to 2015. As secretary-general, he has been a cheerleader for climate action, COVID-19 vaccines for all and digital cooperation.

When he took the reins as U.N. chief, the world body was struggling to end wars and deal with humanitarian crises in Syria and Yemen. Those conflicts are still unresolved, and Guterres is also now faced with emergencies in Myanmar and the Tigray region of Ethiopia.