US, China and Russia lock horns over weaponization of space WASHINGTON/MOSCOW -- Space is both the battlefield's ultimate high ground and the Wild West. It provides a vantage point that gives a strategic edge against adversaries but it is governed by few international rules.

And now the world's big three space powers -- the U.S., Russia, and China -- are in an intense period of jockeying for advantage in the final frontier.

American and Russian delegates met Monday in Vienna to discuss issues concerning space security for the first time in seven years. Mikhail Ulyanov, Russia's permanent representative to the United Nations in Vienna, praised the quality of the exchange.

"I remember not a single instance over the past 10 years when the Russian-U.S. consultations had been so lengthy, and with such an intensive and substantive agenda," Ulyanov told Russian news agency Interfax on Monday. "It is not just talking, but such specific matters."

Yet the diplomat was less sanguine about the outcome of the talks.

"We can hardly expect any results," he said.

The sticking point involves how much both sides can militarize space and protect satellites and other orbital assets. Russia expectedly voiced opposition to deployment of space-based antimissile defense systems. The U.S., resisting such limits, instead wants both parties to work out some sort of code of conduct in orbit.

The meeting apparently ended with neither party seeing eye to eye. The talks appear to have touched on establishing a hot line between U.S. and Russian military brass, and on including China in a three-way meeting.

"Space has been a part of military conflicts since the late 1990s. But the difference is, in the future, a great power conflict may involve more direct attacks on satellites," said Brian Weeden, an expert once involved in policy planning for the American military's space operations. 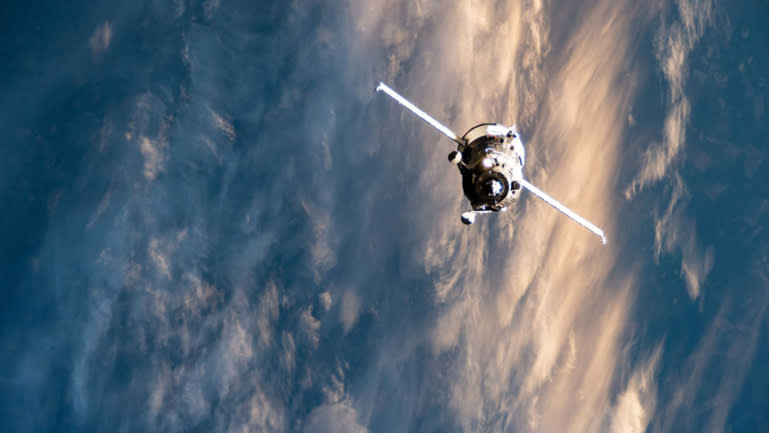 The U.S. Space Command accuses Russia of conducting an anti-satellite test on July 15. The Russian satellite Cosmos 2543 launched an object into orbit that day toward another satellite, the Space Command alleges.

The foreign ministry in Moscow says the satellite was inspecting another Russian space vehicle using small equipment, and that the operation did not violate international law. But the U.S. cites a similar incident in 2017 in which an object was released from a Russian satellite. Washington suspects Moscow of developing killer satellites that can destroy a rival's assets in orbit.

Regarding China, the U.S. Defense Intelligence Agency released a report in 2019 predicting that Beijing will deploy a laser weapon this year that can blind low-orbit satellites equipped with sensors.

China reportedly has installed electronic jamming equipment on outposts in the Spratly Islands. The archipelago in the South China Sea, claimed by China as Nansha, is the site of artificial island building. The suspected objective of the equipment is to neutralize U.S. drone activity by jamming GPS signals.

China aims to become a space power by 2030, third only to the U.S. and Russia. For that purpose, Beijing last month completed its own version of the GPS system, dubbed Beidou.

Last year, China conducted 32 successful rocket launches, said the Center for Strategic and International Studies, a Washington-based think tank. The frequency puts China on top for the second year in a row, exceeding the 21 launches in the U.S. in 2019. China is expanding its network of military intelligence satellites.

The multilateral Outer Space Treaty, which went into force in 1967, forbids arming satellites with weapons of mass destruction. But experts note that the pact is limited in promoting arms control.

In 2007, China destroyed one of its own satellites using a missile launched from the Earth's surface. The orbital debris from the operation risked damaging satellites launched by other countries. No mechanism exists for mediating disputes concerning the space treaty's obligations. Countries could only voice concerns to China about the missile firing.

India shot down a satellite with a missile in an experiment last year, making it the fourth country to carry out such a test successfully after the U.S., Russia and China. India said it had no country in mind when conducting the test, but the operation came as tensions brewed with both Pakistan and China.

The U.S. military is accelerating the exploitation of outer space. In last year's missile defense review, the Pentagon raised the possibility of space-based sensors that can detect and track missile launches from nearly every location on the planet, as well as a missile interception system from space.

That effort would recall the American "Star Wars" initiative from the 1980s, a concept that still faces technological and budgetary hurdles.

Experts say it will be difficult to forge international norms as long as Washington engages in military expansionism in space. China trails the Americans and Russians in the space arena, so Beijing is likely to follow suit if the U.S. continues on its current path.

The U.S. withdrew from the Intermediate-Range Nuclear Forces treaty with Russia last year. The New Strategic Arms Reduction Treaty expires in February. Russia wants to extend the latter treaty, but the U.S. looks to add China to the arms reduction framework. China, which has fewer nuclear weapons than either the U.S. or Russia, has refused to take part in START, putting a negotiated extension into question.

The Russian president also indicated that a discussion among the five permanent United Nations Security Council members during a leaders summit would be meaningful. It appears Putin looks to add space demilitarization to the agenda and amplify Russia's influence when it comes to multilateral cooperation.

The U.S. and Russia will discuss nuclear arms reduction in Vienna through Thursday.