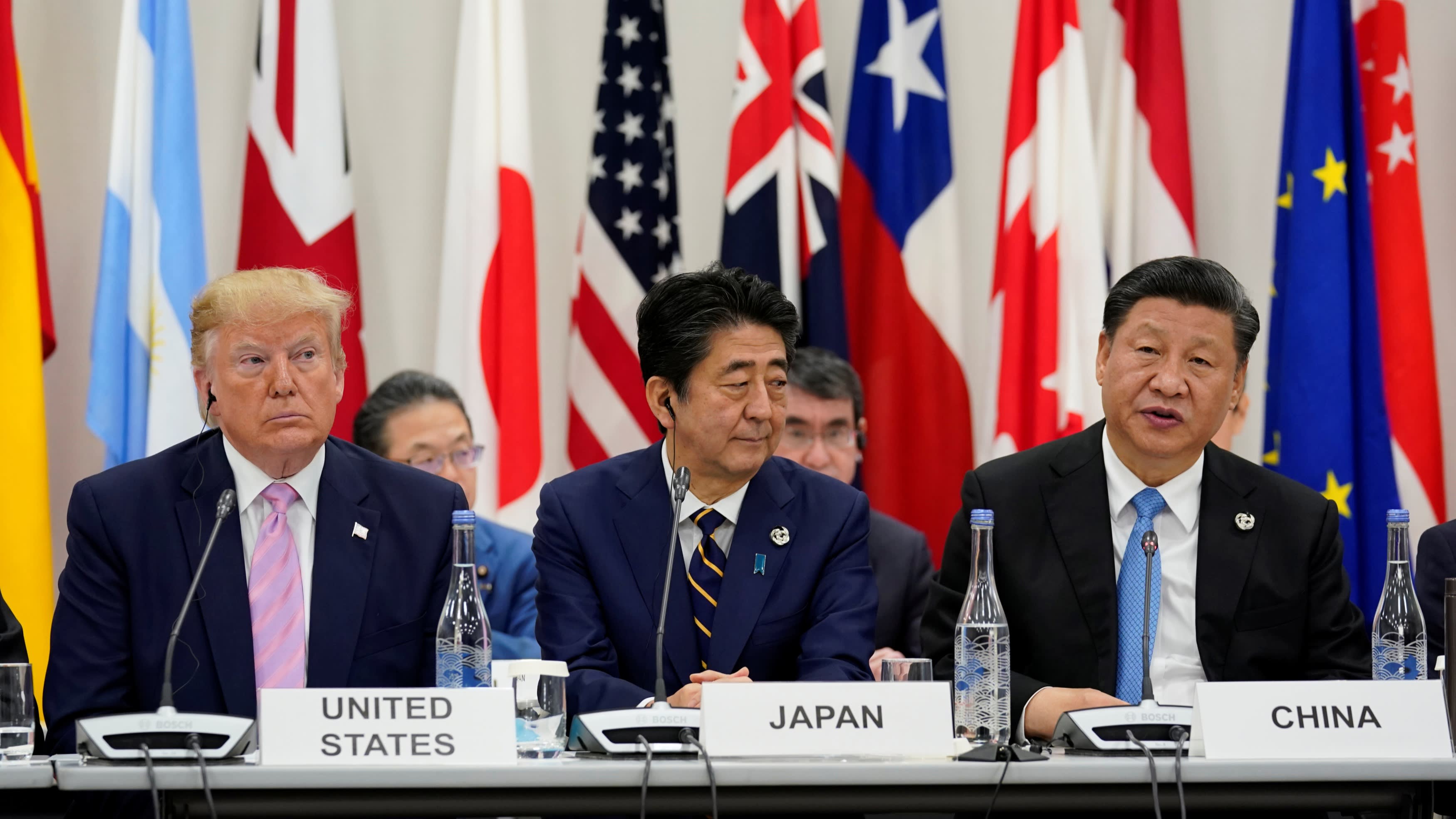 TOKYO -- The escalating U.S. pressure against China over Hong Kong has left Japan facing a delicate diplomatic balancing act between toeing the line with the top ally and boosting ties with a neighbor ready to send its leader for a state visit.

"It might be a G-10, G-11," U.S. President Donald Trump said Saturday as he suggested postponing this month's Group of Seven summit until at least September and extended an invitation to Russia, Australia, India and South Korea.

Australia, India and South Korea are key members of the "Free and Open Indo-Pacific" strategy -- the U.S.-Japan alliance's answer to China's Belt and Road infrastructure initiative. The invitee list conspicuously excludes China, the world's second largest economy, but includes Russia, one of Beijing's closer allies. The move is widely seen as Trump's attempt to form a coalition against China.

With the coronavirus death toll mounting in the U.S., Trump is taking a tougher line against China to drum up support for his reelection bid in November.

He has slammed Beijing's new legislation that places broad national security powers over Hong Kong. An expanded G-7 group could serve as a forum to encourage participants to follow the U.S. in criticizing Beijing.

But this push poses a dilemma for Japan. The Arleigh Burke-class guided-missile destroyer USS Barry transits past Mt. Fuji as it arrives at Fleet Activities Yokosuka in Japan. (Photo courtesy of the U.S. Navy)

The U.S. is an ally and a critical security partner for Tokyo in responding to Beijing's growing maritime ambitions in the East and South China seas. Prime Minister Shinzo Abe has leveraged his personal rapport with Trump into agreements on trade, security and other issues.

Yet Japan cannot simply go along with U.S. proposed sanctions against mainland and Hong Kong officials and stripping the financial hub of special treatment on trade and travel.

"Given the impact on our economy, Japan cannot easily fall in line with the U.S.," a Japanese Foreign Affairs Ministry source said.

Hong Kong accounted for 2.5% of Japan's total trade in 2019, making the city its ninth-largest trading partner. Over 1,400 Japanese companies had operations in the city as of October 2018, according to the foreign ministry, and Japan also grants special travel considerations for Hong Kong residents.

Mainland China holds even greater economic importance for Japan. The country has been Tokyo's top trading partner for more than a decade, and it accounted for 21.3% of Japan's total trade last year.

Japanese Chief Cabinet Secretary Yoshihide Suga declined to comment on the U.S. approach to the Hong Kong issue during a news conference Monday. He also offered little on any expansion of the G-7, except to say that the bloc "is an important partner for Japan."

The G-7 counts the U.K. and other European countries among its members, and thus the U.S. does not hold sway over everything. Japan's strategy has been to work with European members to prevent the escalation of the U.S.-China confrontation.

But an expanded G-7 targeting China could force Tokyo to take a harder stance on Beijing as well.

Abe's office has been preparing for a state visit by Chinese President Xi Jinping since last year, designed to symbolize an improved relationship between the countries. The trip was postponed in the spring due to the coronavirus, and now likely will not be rescheduled until after the G-7 summit.

Japan and the European Union plan to urge China to uphold the "one country, two systems" framework and human rights in Hong Kong, based on the Sino-British Joint Declaration that outlined Hong Kong's treatment after its handover to China.

But the G-7 summit now stands at least three months away. If Beijing makes further inroads on the Hong Kong security law, the U.S. could intensify pressure on Japan and the EU to toughen their rhetoric on China.