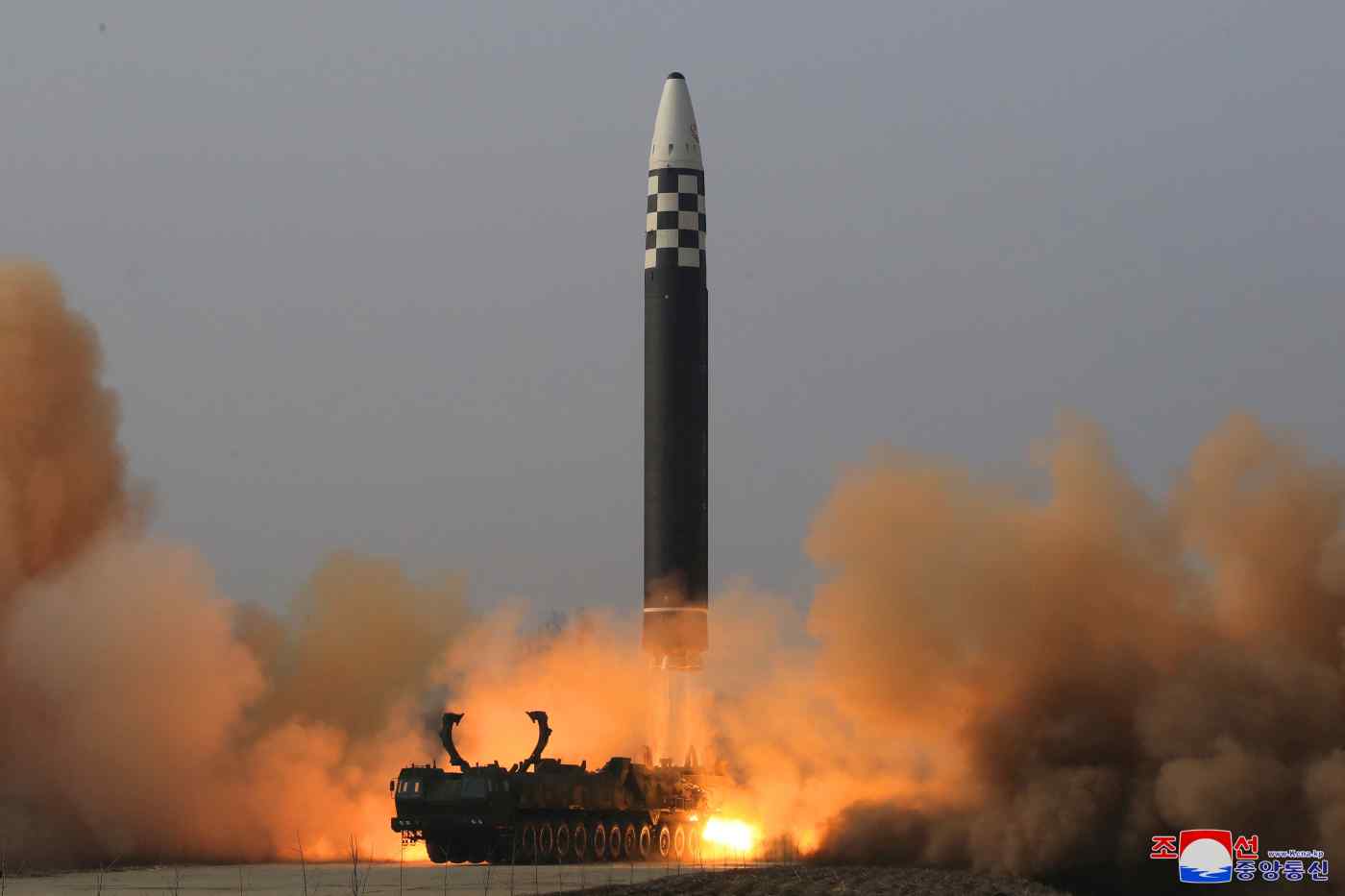 This undated photo released on March 24 by North Korean state media shows what it says is the test firing of a "new type" of intercontinental ballistic missile.   © Reuters
June 14, 2022 10:40 JST | North Korea
CopyCopied

Washington has warned that North Korea's first nuclear test since 2017 could happen at "any time." China says it does not want to see that happen, which is partly why in May it vetoed a bid to impose new U.N. sanctions on Pyongyang over renewed ballistic missiles launches.

A senior U.S. administration official told reporters during a briefing on a four and a half hour meeting between Sullivan and Yang in Luxembourg on Monday that the U.S. believed Beijing and Washington could cooperate on the North Korea issue.

"Jake raised concerns, in particular, about the veto, which comes following a significant series of ballistic missile launches in violation of previous U.N. Security Council resolutions and the preparations ... for potential nuclear tests," the official said.

"Each side laid out their positions and the way we see the situation, and certainly Jake made very clear that we believe this is an area where the United States and China should be able to work together," the official said

U.S. Secretary of State Antony Blinken said on Monday that Washington will maintain pressure on North Korea until Pyongyang changes course, following a meeting with his South Korean counterpart who urged China to persuade the North not to resume nuclear testing.

A readout by China's Xinhua News Agency on the meeting did not go into details on what was discussed, only saying that the two sides had exchanged views on international and regional issues such as the "Korean Peninsula nuclear issue."

Xinhua said Yang had in the meeting raised how China-U.S. relations were currently in a "very difficult situation" with the U.S. "insisting on further containing and suppressing China in an all-round way." He urged cooperation, Xinhua added.

The Sullivan-Yang meeting follows a late May call between the two officials after which Sullivan said it was possible President Joe Biden and Chinese leader Xi Jinping could speak soon, though no such engagement has been announced.

The official said the U.S. and China were maintaining high-level communication, including a meeting between U.S. Defense Secretary Lloyd Austin and his Chinese counterpart at a forum in Singapore on Friday.

"I'd expect to see additional potential meetings in the months ahead, but nothing specific planned at this time, the U.S. official said when asked if a Xi-Biden meeting or call had been discussed.

The White House said in an earlier statement on the Luxembourg meeting that the U.S. sought to keep lines of communication open with Beijing to manage bilateral competition.

Relations between China and the U.S. are at their lowest point in decades, as the two countries spar over difference on Chinese-claimed Taiwan, China's human rights record and what Washington says is Beijing's growing economic and military coercion around the world.