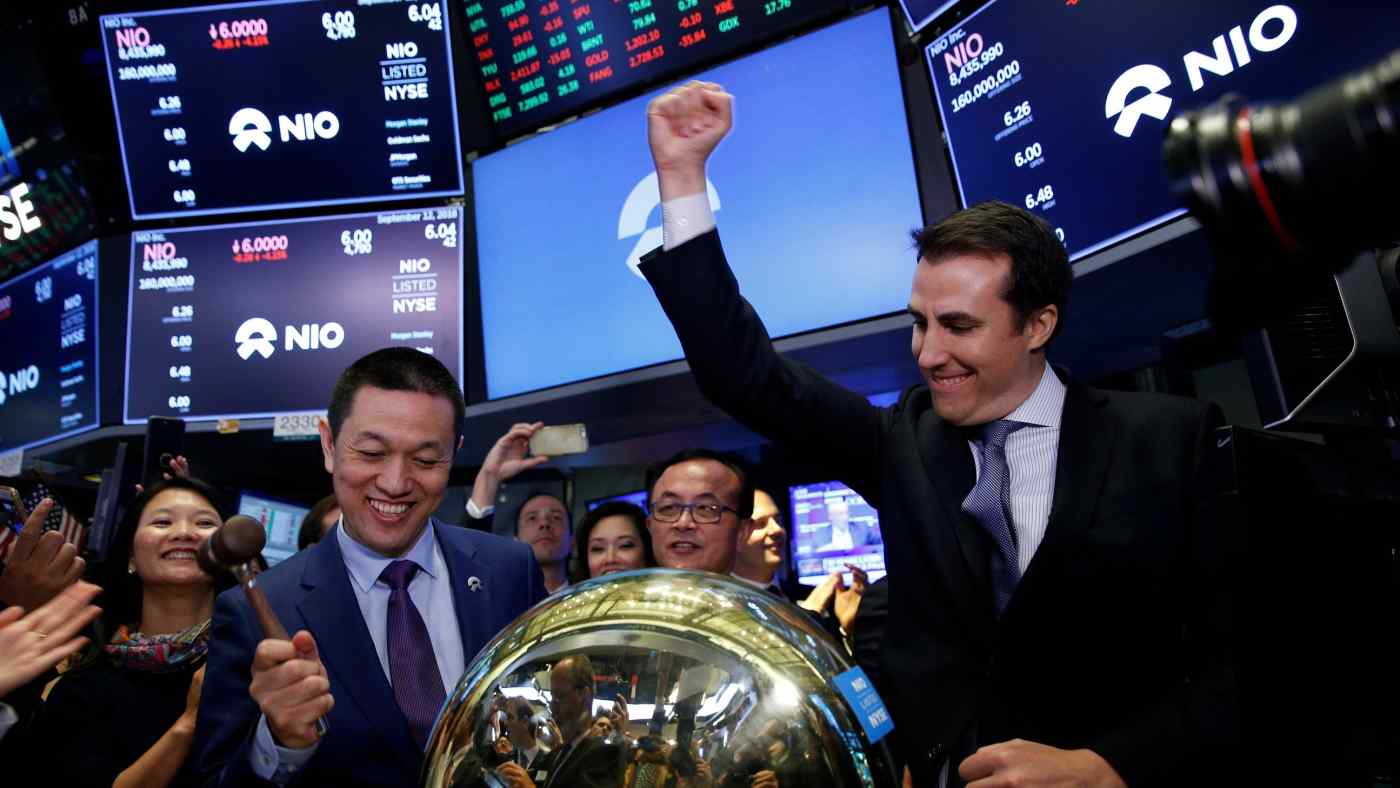 Bin Li, CEO of Chinese electric vehicle maker NIO, rings a bell as its stock begins trading on the floor of the New York Stock Exchange in 2018. The company could be forced to delist under a bill expected to be signed by U.S. President Donald Trump.   © Reuters
ALEX FANG, Nikkei staff writerDecember 3, 2020 08:30 JST | China
CopyCopied

NEW YORK -- A bill that would delist Chinese companies not following American auditing rules after a buffer period looks set to be one of the last President Donald Trump signs into law in the coming days, after it unanimously passed the U.S. House of Representatives Wednesday.

The Holding Foreign Companies Accountable Act, first introduced to the Senate by Democrat Chris Van Hollen and Republican John Kennedy, gives foreign companies listed in the U.S. three years to comply with the Public Accounting Oversight Board's audits before giving them the boot. The legislation also unanimously passed the Senate in May.