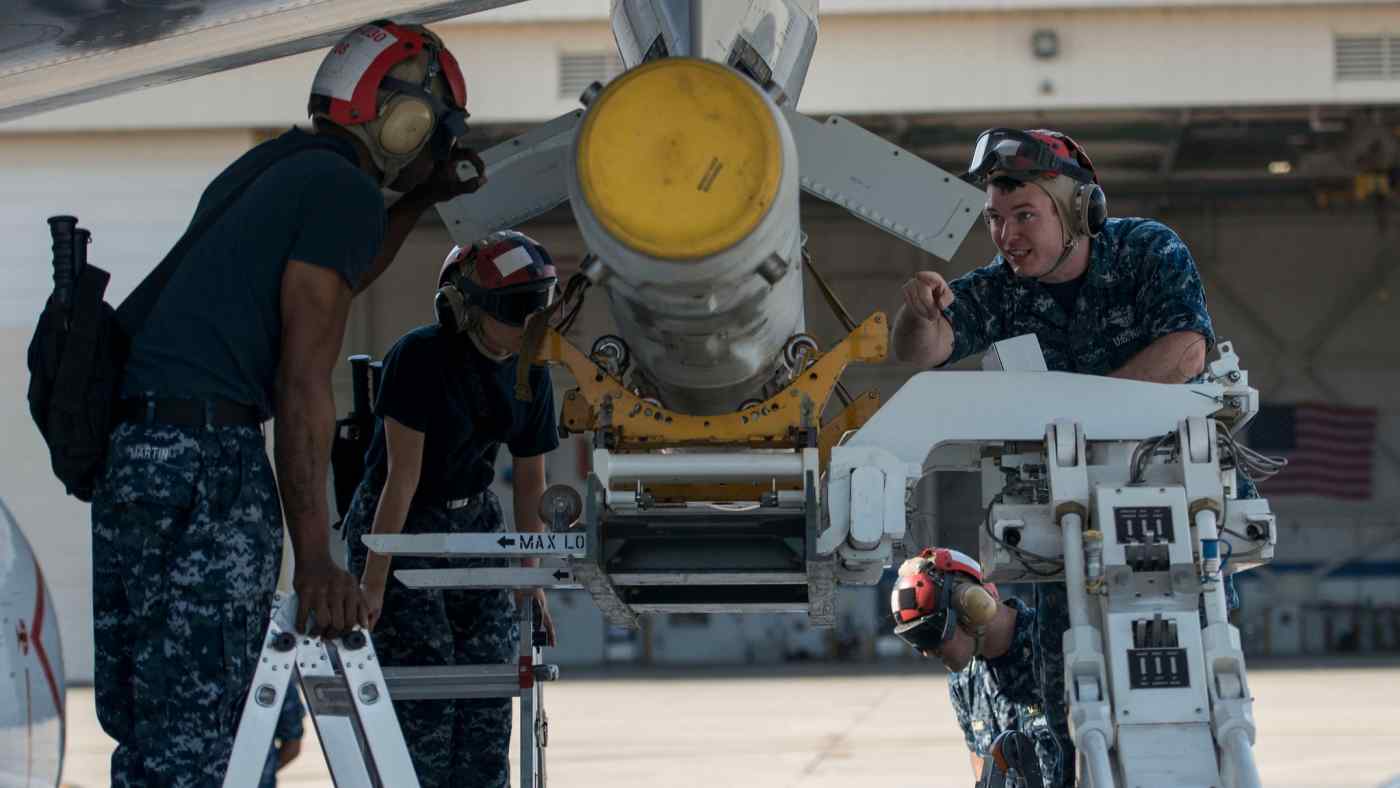 U.S. sailors load a SLAM-ER missile onto an aircraft in Florida. The State Department has approved the sale of the air-to-ground missiles to Taiwan. (Photo courtesy of the U.S. Navy)
TSUKASA HADANO, Nikkei staff writerOctober 27, 2020 00:11 JST | China
CopyCopied

"Lockheed Martin, Boeing Defense, Space & Security (BDS) and Raytheon, as well as the U.S. individuals and entities who played an egregious role in the process" will be sanctioned, Zhao said, without providing details about measures to be taken against them.

The State Department announced its approval of a $1.8 billion sale last week that includes air-to-ground missiles as well as technological support.

"The U.S. arms sales to Taiwan severely violate the 'one China' principle," Zhao said, referring to Beijing's stance that the island is an inalienable part of a single China. "We will continue taking necessary measures to safeguard national sovereignty and security interests."