NEW YORK -- Cherry blossoms bloomed, and coronavirus vaccinations boomed, in Washington as lobbyists plied their trade in a spring that saw some of the Chinese technology sector's biggest names ramp up spending on influencing the U.S. government.

Huawei Technologies and the owner of TikTok poured more money into federal lobbying in the April-June quarter than in the first three months of the year, according to disclosure reports.

Presidential transitions are typically a time of flux for K Street, as the Washington lobbying community is known. Fresh faces who may be more familiar with the new administration arrive, and Capitol Hill gets a feel for White House policy.

"Whether it's an opportunity or a crisis, K Street wins," said Ben Freeman, director of the Foreign Influence Transparency Initiative at the Center for International Policy, a Washington think tank.

For Huawei, the spending may be more reflective of a crisis as Biden extended restrictions enacted by predecessor Donald Trump on dealings with the Chinese telecommunications hardware giant, walling out the company from the $65 billion in broadband spending under Biden's infrastructure plan. 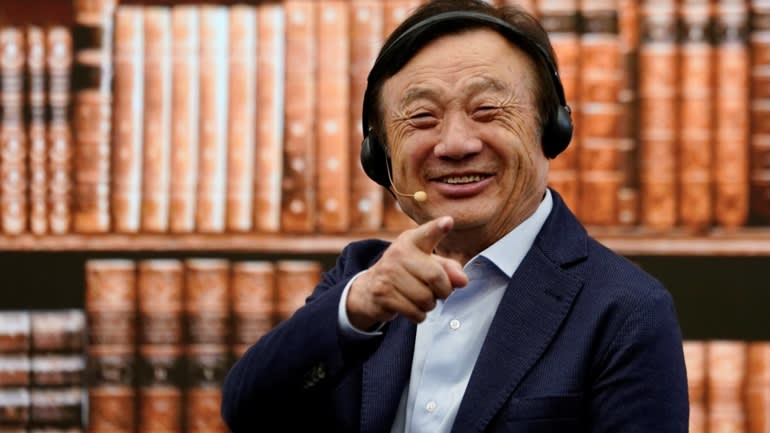 Huawei founder Ren Zhengfei: The Chinese technology group has expressed hope for better relations with the U.S. under the Biden administration.   © Reuters

Shortly after Biden won the November 2020 presidential election, the chief technology officer of Huawei's 5G-focused carrier business group expressed hope for better relations with the U.S. under the Biden administration. And this May, shortly after Biden extended the Trump-era restrictions, Huawei Senior Vice President Vincent Peng invited the new administration to open a dialogue.

There is little evidence of that dialogue coming to pass. But Huawei's higher lobbying expenditures -- more than $1 million in the second quarter against roughly $200,000 in the first -- may reflect continued optimism.

"Huawei is engaging with a growing number of government relations consultants and lobbyists to help the Biden administration and the company itself develop a deeper mutual understanding," a source familiar with the matter said.

The quarterly spending is Huawei's largest since 2019, when the Trump administration added it to the export blacklist formally known as the Entity List.

Huawei has also reportedly hired prominent Democratic lobbyist Tony Podesta, who has ties to Biden and others close to him.

But it is unclear what the company can get for its money and whether someone like Podesta can soften Biden's stance on trade with China.

"I just do not see this administration changing tack on Huawei anytime soon," said Henry Tugendhat, a senior policy analyst who watches Chinese telecommunications and cybersecurity at the U.S. Institute of Peace, another Washington think tank. "So my best guess is this is a shot in the dark."

Nor is it just Huawei opening up its pocketbook.

ByteDance and its TikTok short-video unit spent roughly $2 million on lobbyists in the second quarter, up from roughly $1 million in the first, according to company disclosures. Unlike Huawei, this spending came at a time of improved conditions in the U.S. for the company. In June, Biden signed an executive order revoking previous orders signed by Trump that aimed to ban the TikTok app and Tencent Holdings' WeChat messaging app. Japan, China and South Korea have been the highest-spending countries from 2016 to now, according to nonprofit group OpenSecrets' calculations based on Foreign Agents Registration Act filings.

Freeman said this was fueled largely by the Trump administration and its tough talk on China, as well as its threats to make Japan and South Korea pay more for the American forces they host.

Now, under Biden, the rhetoric toward Japan and South Korea stresses the importance of both allies -- but trade and economic tensions with China persist.

Biden has pledged to ban lobbying on behalf of foreign countries generally, saying on his presidential campaign's website that if a government wants to sway U.S. decision-making, "it should do so through regular diplomatic channels."

The site also says that "any foreign business" seeking to lobby will have to verify that no foreign government "materially owns or controls any part of it" -- a promise greatly complicated by a country like China, where lines between public and private blur.

But a January executive order focused on the "revolving door" between government and business, including a ban on former officials working as lobbyists on behalf of foreign governments and corporations.

Critics of the president point to son Hunter's former lobbying activities, as well as to the lobbying for General Motors by Jeff Ricchetti -- brother to White House counselor Steve Ricchetti.

Millions of dollars for lobbying may be difficult to justify, especially for a company like Huawei with little reason to expect a change in policy. But Freeman said it is important to keep the spending in perspective.

"That is a rounding error in their company profits," Freeman said. Huawei reported revenue of $136.7 billion and a net profit of $9.9 billion for 2020.

But revenue declined 16.5% on the year for the first quarter of 2021. Restrictions on access to chips made with American technology -- like many made in Taiwan -- have hurt the company's ability to keep up with rival phone brands in areas like 5G. Huawei has also suffered from restrictions on using Google's Android operating system and popular services.

Correction: An earlier version of this story misstated the level of spending by Tencent Holdings on lobbying activities.