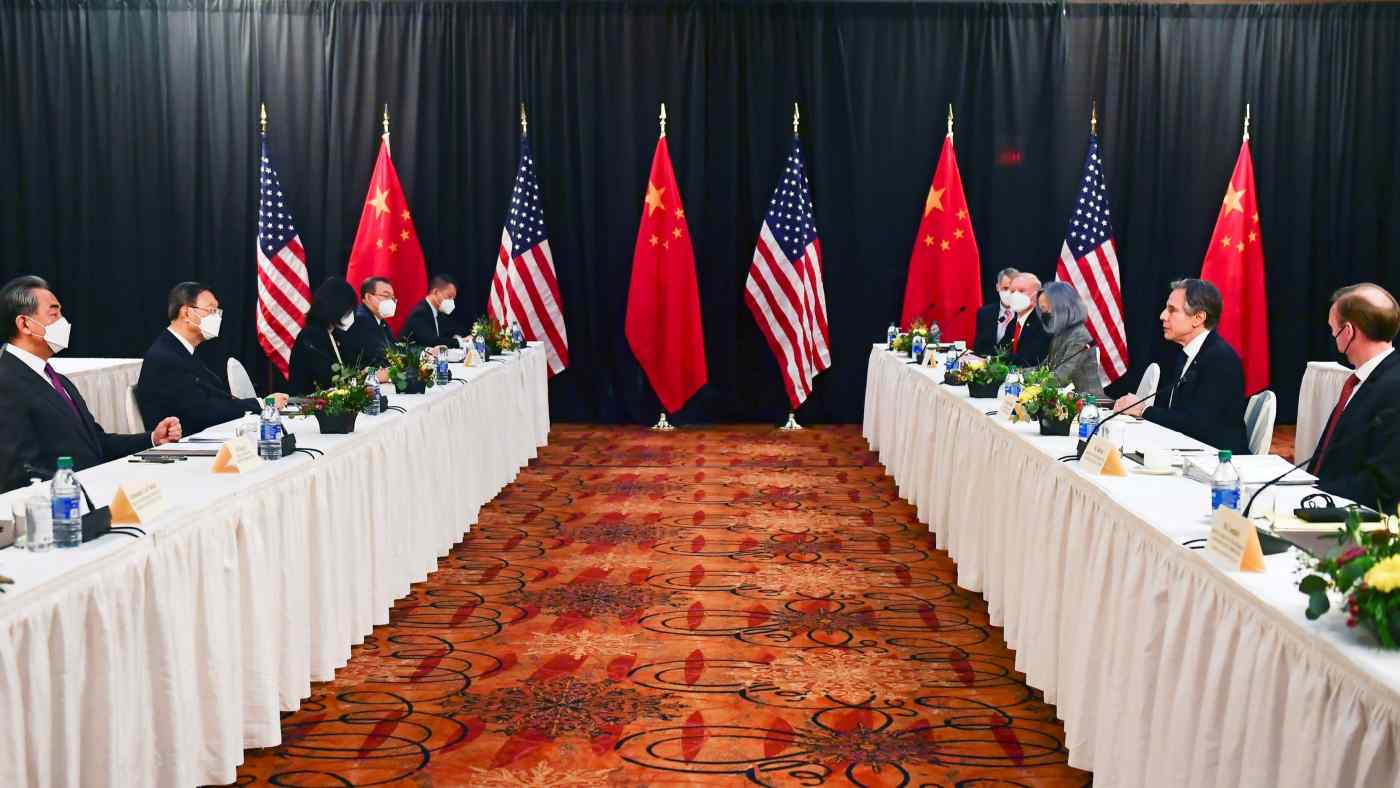 NEW YORK -- Democrats and Republicans may still squabble over the nitty-gritty, but on the urgency to have a comprehensive U.S. strategy to counter Chinese influence globally including on American soil, the two parties are in consensus.

On Wednesday, the Senate Foreign Relations Committee approved the Strategic Competition Act of 2021 -- a sweeping bipartisan legislation laying out a strategic approach toward Beijing -- by a vote of 21 to 1. The bill now is set for a vote by the full Senate.

"This committee has not marked up a bill of this size and with this many amendments for several years," said Sen. Robert Menendez, chairman of the Senate Foreign Relations Committee and a Democrat, who worked with the committee's senior Republican member Sen. Jim Risch to put forward the bill this month.

The legislation notes that "it is now clear that the PRC [China] has chosen to pursue state-led, mercantilist economic policies, an increasingly authoritarian governance model at home through increased restrictions on personal freedoms, and an aggressive and assertive foreign policy." "In response to this strategic decision of the CCP [Chinese Communist Party], the United States has been compelled to reexamine and revise its strategy towards the PRC," reads the bill, which states such objectives as maintaining U.S. global leadership and upholding a free and open international order.

The sprawling legislation wants to make China a whole-of-government priority to an extent not seen before: it recommends that every federal department and agency designate a senior official at the level of undersecretary or above to coordinate policies around Washington's strategic competition with Beijing.

The U.S. must also ensure that "the federal budget is properly aligned with the strategic imperative of competing with" China, the bill states.

Among its proposed budget: $655 million in assistance to foreign countries to finance their purchase of American-made weapons, service and training for activities in the Indo-Pacific for fiscal 2022 to 2026.

Other spending plans in the bill include $300 million annually for the Countering Chinese Influence Fund to support broad action -- from promoting transparency in Belt and Road countries to fighting online disinformation campaigns -- against Beijing's "malign influence." Another $100 million would go to the Digital Connectivity and Cybersecurity Partnership to help Washington work with foreign countries on tech, including helping build digital infrastructure in emerging markets and promoting American technology exports.

Domestically, the bill would fund programs including one that would help American companies shift supply chains out of China. It would also involve the Committee on Foreign Investment in the United States to scrutinize China's gifts to and contracts with American higher education and research institutions.

In its own backyard Latin America, the U.S. would counter China's lending practices by pushing for an increase of the Inter-American Development Bank's capital stock by $80 billion within five years.

While competing with China is the overarching theme of the bill, it is also Congress's version of an Indo-Pacific policy.

Mentioning "Indo-Pacific" more than 100 times, its suggestions include increasing the State Department's personnel and resources devoted to the region.

"It shall be the policy of the United States to ensure Department of State funding levels and personnel footprint in the Indo-Pacific reflect the region's high degree of importance and significance to United States political, economic, and security interests," the bill states.

It also calls for an increase in the number of defense attaches in the region. The bill also calls for prioritizing excess defense article transfers for the Indo-Pacific.

The program, under which surplus defense equipment is either sold at a reduced price or provided as a grant to help modernize a partner nation's forces, currently gives priority to the Philippines in Asia. The bill expands the priority list to include Thailand, Indonesia, Vietnam and Malaysia. The bill also authorized the president to gift two Oliver Hazard Perry-class guided missile frigates to a country among those listed above. The Oliver Hazard Perry-class frigate USS Rodney M. Davis returns to homeport at Naval Station Everett in Washington. The Strategic Competition Act authorizes the president to transfer two similar frigates to a country in the Indo-Pacific. (Photo courtesy of the U.S. Navy)

On Taiwan, which China has repeatedly warned Washington to steer clear of, the bill says the U.S. should not restrict its officials' ability to interact with their Taiwanese counterparts.

Among the last-minute amendments was a proposal for a "diplomatic boycott" of the 2022 Beijing Winter Olympics, which was approved.

Sen. Mitt Romney, a Utah Republican, called it "disgusting" that Beijing was being offered a global stage despite their human rights violations. The diplomatic boycott prevents any American diplomats attending the games, but does not block the athletes.

Though ambitious, the bill is seen by some only as a positive first step toward meeting the China challenge. Romney said Wednesday that while he applauds the legislation, "I don't believe anyone would think that this legislation is going to change China's march towards global hegemony of autocracy and repression."

The U.S. still lacks a "a comprehensive, effective strategy to change China's course and to assure America's leadership in the world going forward over the long haul," he warned.

The Strategic Competition Act is part of a larger legislative package on competing with China, orchestrated by Senate Majority Leader Chuck Schumer. The fast-tracked effort is seen by many as a sign of strong bipartisan mobilization on the issue of China, despite deep political polarization on Capitol Hill and beyond. One of the main areas of competition between China and the U. S. is in the tech industry.    © Reuters

Last week, the Senate Commerce Committee held a legislative hearing on the Endless Frontier Act, another prominent bill in the package with a laser focus on the tech competition with China.

The bill, first introduced in 2020 by Schumer and Republican Sen. Todd Young, would authorize $110 billion over the next five years to fund cutting-edge U.S. research in science and technology with practical uses in mind.

The Endless Frontier Act has also received a thumbs up from President Joe Biden's administration, which has said bolstering American competitiveness against that of China's is its priority.

"We look forward to working with Congress to further shape this legislation to renew America's global leadership in science and technology and to make sure we develop and manufacture the technologies of the future," she said.