China can 'grapple' US satellites with robotic arm, commander says

Space Command chief prepares for Day One of future warfare 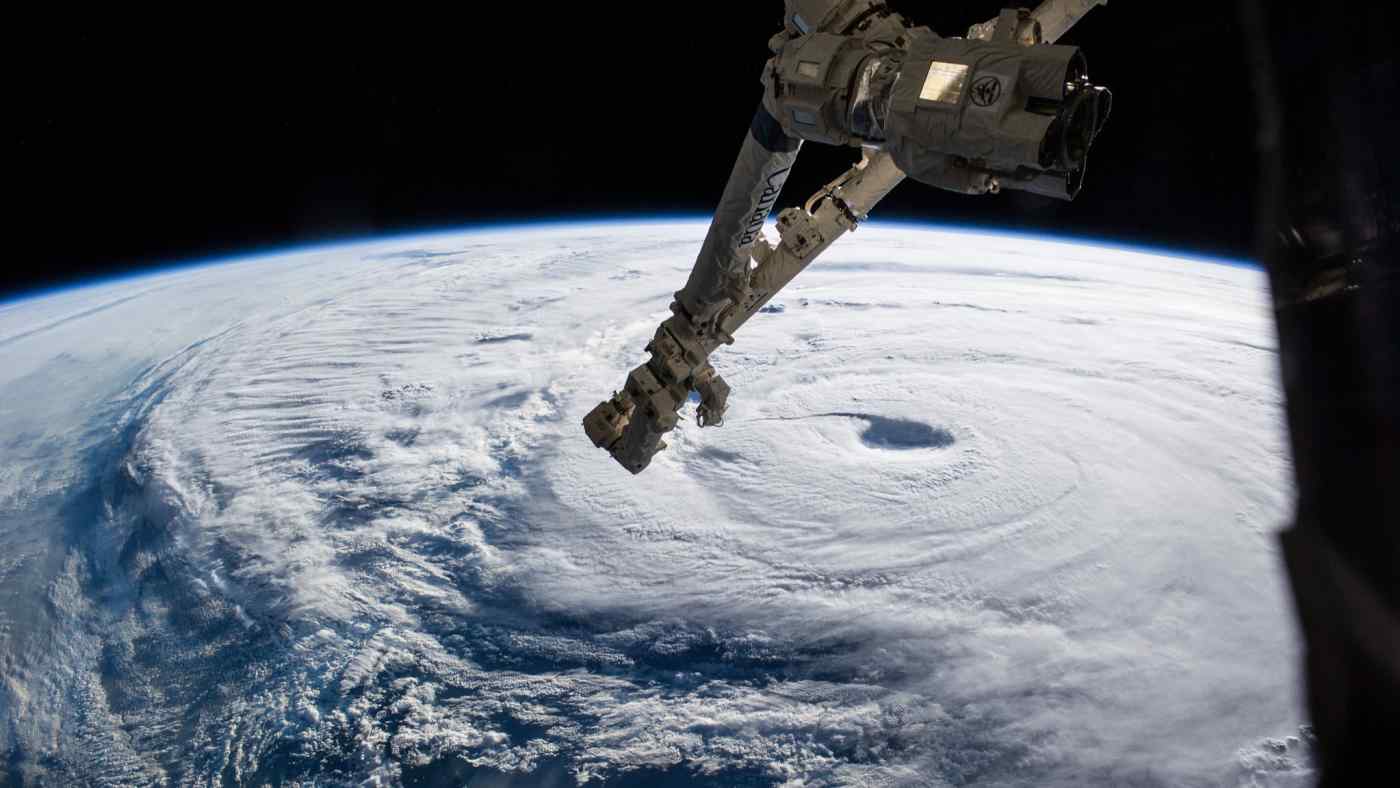 The robotic arm of the International Space Station: The U.S. military is concerned that a Chinese satellite with a similar arm may be used to grapple other satellites. (Photo courtesy of NASA)
KEN MORIYASU, Nikkei Asia chief desk editorApril 21, 2021 04:08 JST | China
CopyCopied

"Beijing actively seeks space superiority through space and space attack systems," Dickinson wrote in prepared remarks to the Senate Armed Services Committee. "One notable object is the Shijian-17, a Chinese satellite with a robotic arm."

China has said the Shijian-17, or SJ-17, is an experimental satellite used to run communication and broadcast services as well as observing space debris. However, some Western organizations, including the Washington-based think tank Center for Strategic and International Studies, have noted its "unusual behavior" while in orbit.

Space-based robotic arm technology "could be used in a future system for grappling other satellites," Dickinson said. "China also has multiple ground-based laser systems of varying power levels that could blind or damage satellite systems."

China's ability to take down an U.S. satellite is significant because it is widely believed that the next major war could be decided in the opening minutes of the first day, as each side attempts to disable the enemy's communication tools, such as the Global Positioning System (GPS). The U.S. military's entire operation -- aircraft carriers, fifth-generation fighters, tanks and missiles -- relies on GPS for positioning, navigation and timing. U.S. superiority in the military domain could immediately be eliminated if digital communication is disrupted.

In Tuesday's hearing, Dickinson called China the "pacing challenge" in the space domain, with more than 400 satellites in orbit, second only to the U.S. Russia has close to 200 satellites, but could double that by 2030, he said.

Sen. Angus King, an independent from Maine, noted that "in a conflict, the very first thing that an enemy will try to do is a major cyberattack and to try to blind us." King asked whether having a constellation of small satellites, rather than large, multibillion-dollar satellites, would be harder to disable at the beginning of a conflict. U.S. Space Command's joint operations center is tasked with monitoring and analyzing the capabilities of adversaries in space. (Photo courtesy of the U.S. Space Comamnd)

"Small satellites, many satellites in orbit, provides us a ... resilient capability that would be very difficult to degrade," Dickinson replied. "Whether it's communications, whether it's [intelligence, surveillance and reconnaissance], whether it's missile warning, those types of activities I think will absolutely be more redundant, more resilient, if we have a what we call a mesh network if you will, in a constellation."

"It's absolutely a warfighting domain," the four-star general said of the space theater. He said his top priority in defending the orbit "boils down to my ability to actually see and understand what's going on in the space domain."

Using a combination of satellites and terrestrial assets, the U.S. Space Command seeks to know where things are and analyze capabilities of adversaries to understand what the threat is, what those capabilities could do and their intent, Dickinson said.

But with commercial satellites increasing at a fast pace, the risk of congestion or collision is rising, he said. "On a daily basis we're tracking close to 32,000 pieces of debris," he said, of which nearly 7,000 are active or retired satellite payloads.

"To accomplish this, China's military in 2015 established the Strategic Support Force, which combines cyber, space, and electronic warfare functions" which it uses in its ground, air, naval and missile forces, the report said.