Amid tug of war with US, Beijing moves to secure supply chains 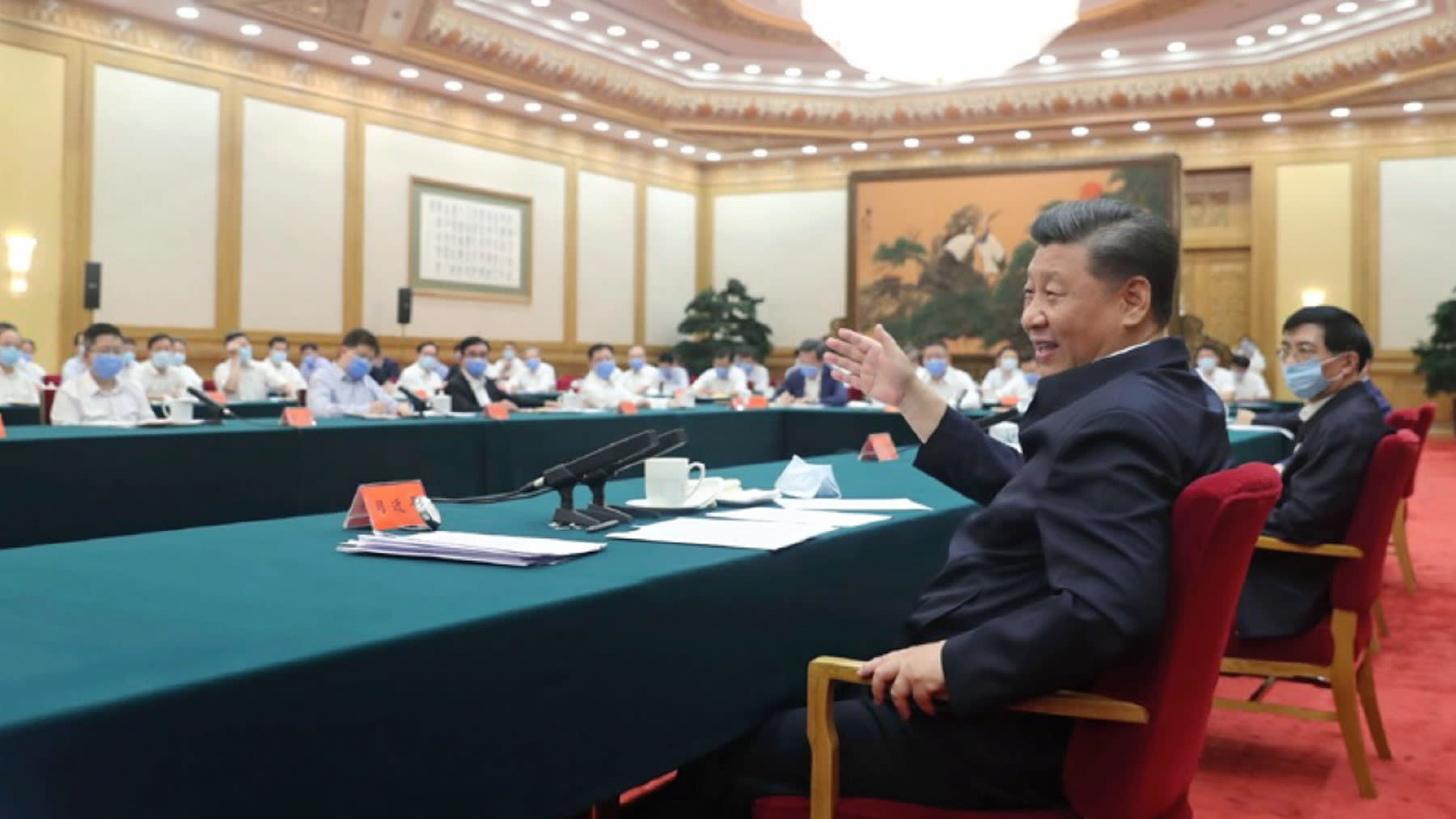 BEIJING -- At a symposium with entrepreneurs in July, Chinese President Xi Jinping praised the founder of Japanese electronics company Panasonic as a visionary alongside the likes of Thomas Edison.

A Panasonic representative was among the seven entrepreneurs allowed to share their opinions on the coronavirus-ravaged economy, signaling the importance the Chinese leadership bestows on the Osaka-based company. Matsushita met China's paramount leader Deng Xiaoping in 1978, and Panasonic launched its first joint venture in China in 1987.

The Chinese overtures come as Sino-American tensions expand from trade deficits to the battle over high-tech supremacy and, more dangerously, to control over the South China Sea.

Two days later, Xin Guobin, China's vice minister of industry and information technology, recommended to reporters that they visit Toyota Motor whenever they are in Japan.

"They continuously innovate," said of the automaker, "and continue to raise the quality of their product."

The showering of praise on Japanese companies looks to be part of a campaign.

As Beijing's leaders confront tensions with the U.S., their primary focus "is to build a Chinese supply chain that can't be blocked by Washington," an industry ministry source told Nikkei. "In that endeavor, it is crucial to cooperate with Japanese companies, who excel in manufacturing."

Japanese companies are a little overwhelmed.

"China has quickly rebounded from the coronavirus and is driving sales. We cannot talk about a growth strategy without China," a senior Beijing-based representative of a Japanese company said. "At the same time, we want to avoid being scrutinized by the U.S."

Another executive agreed. "We just don't want to stand out, even if the U.S. and China force us to chose sides."

But an executive at the China unit of an American company called it imperative to do business in both nations.

"At the end of the day, we think of our shareholders," this executive said. "We will avoid dealing with products and services that infringe on national security, calculate political risks and find a way to make profits in both countries."

A representative at a European company provided a similar perspective.

"We have experience of doing business with both sides during the Cold War," the representative said. "We will be pragmatic, maximizing our profit while adhering to laws and regulations."