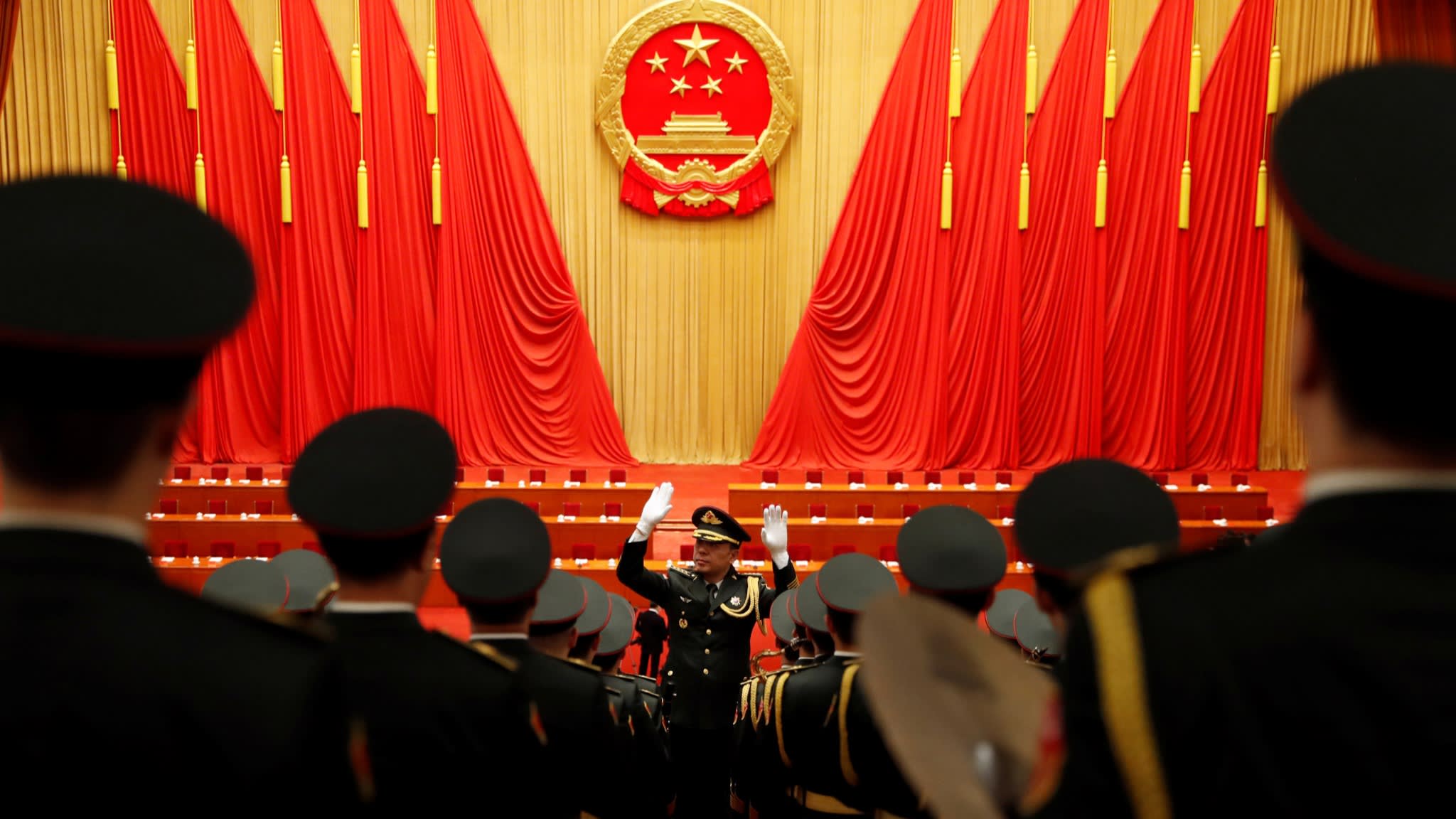 The bill uses the same national security arguments that the Trump administration has adopted in measures to isolate Chinese companies, including last month's de facto ban on exports to Huawei of semiconductors built using American technology. China has pushed back against the measures, slamming the U.S. for using national security as an excuse to pressure businesses.

Under Beijing's new legislation, authorities could ban exports of strategic materials and advanced technology to specific companies on its equivalent of the U.S. Department of Commerce's Entity List.

Such a blacklist would likely include American corporations, further stoking tensions between the U.S. and China. But companies in Japan and other countries could also face a risk if they abide by U.S. export restrictions on China.

"Japanese companies have no choice but to follow U.S. export rules, but there's a non-zero chance that will be seen as hurting China's national security," according to the Center for Information on Security Trade Control in Tokyo.

China's Ministry of Commerce first published a draft of this legislation in June 2017. The NPC Standing Committee has deliberated on the text in December 2019 and at the end of June.

The new law would designate specific products, technologies and services to be protected under the export curbs. Chinese companies that export items on this list would be required to submit documentation to Chinese authorities on their clients and the intended use of the products and services. The authorities would decide whether to approve the exports based on their impact on national security, potential for military use and the receiving clients.

The list of materials protected under the new law "could include rare-earth elements, for China holds a more than 60% share of production," a person familiar with the matter said.

China has used trade as a diplomatic tool before, such as when it froze rare-earth shipments to Japan amid heightened tensions over the Japanese-administered Senkaku Islands, claimed by China as the Diaoyu Islands. There is concern that the new export controls could deal an unexpected blow to companies across global supply chains.

For example, China produces almost all of the world's dysprosium, a rare-earth element used in magnets for electric cars. According to official Chinese data, 72% of its exports in 2018 went to Japan.

Japanese companies use the material to produce magnets, which they sell to clients around the world. Under the new law, China might restrict their supply if one of their U.S. clients were blacklisted.

Japan relies on imports from China for 62% of its drones and 52% of its semiconductor devices, according to Daiwa Research Institute. In terms of materials, China supplies roughly 90% of Japan's magnesium - used in alloys for auto parts -- and barium carbonate, an ingredient in the capacitors produced by top electronics suppliers like Murata Manufacturing.

The new legislation would also include a clause that allows China to hold companies liable for violating its export curbs even outside the country, though the specifics of this remain unclear.