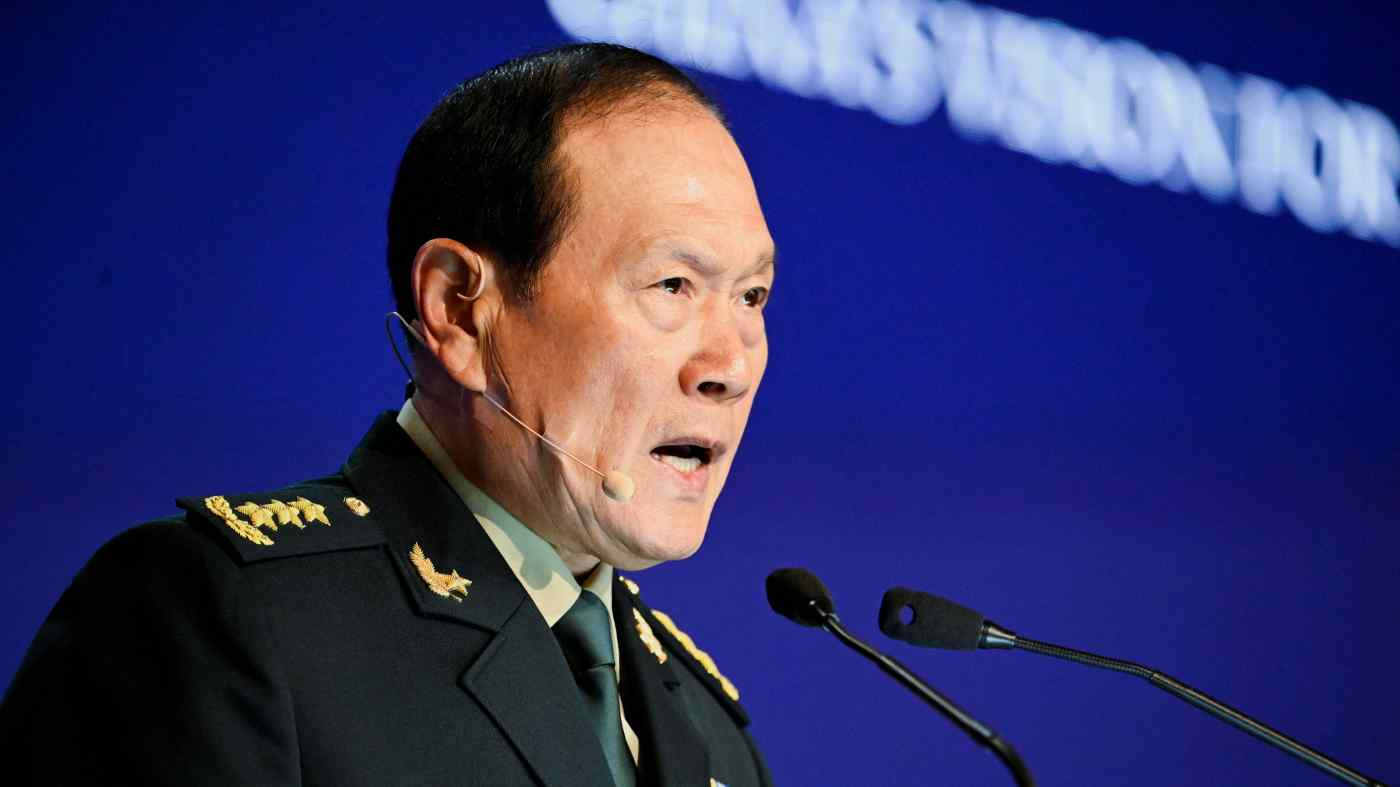 SINGAPORE -- Chinese Defense Minister Wei Fenghe on Sunday hit out at the U.S. for its Indo-Pacific strategy and perceived "threats against China," while saying the notion of Taiwan independence is a "delusion," in pointed remarks at Singapore's Shangri-La Dialogue.

In a speech that lasted over 30 minutes, Wei slammed Washington for making "smearing accusations" against Beijing. Dressed in his People's Liberation Army uniform with three stars on each shoulder, he said the U.S. must stop trying to contain China and should avoid interfering in its internal affairs.