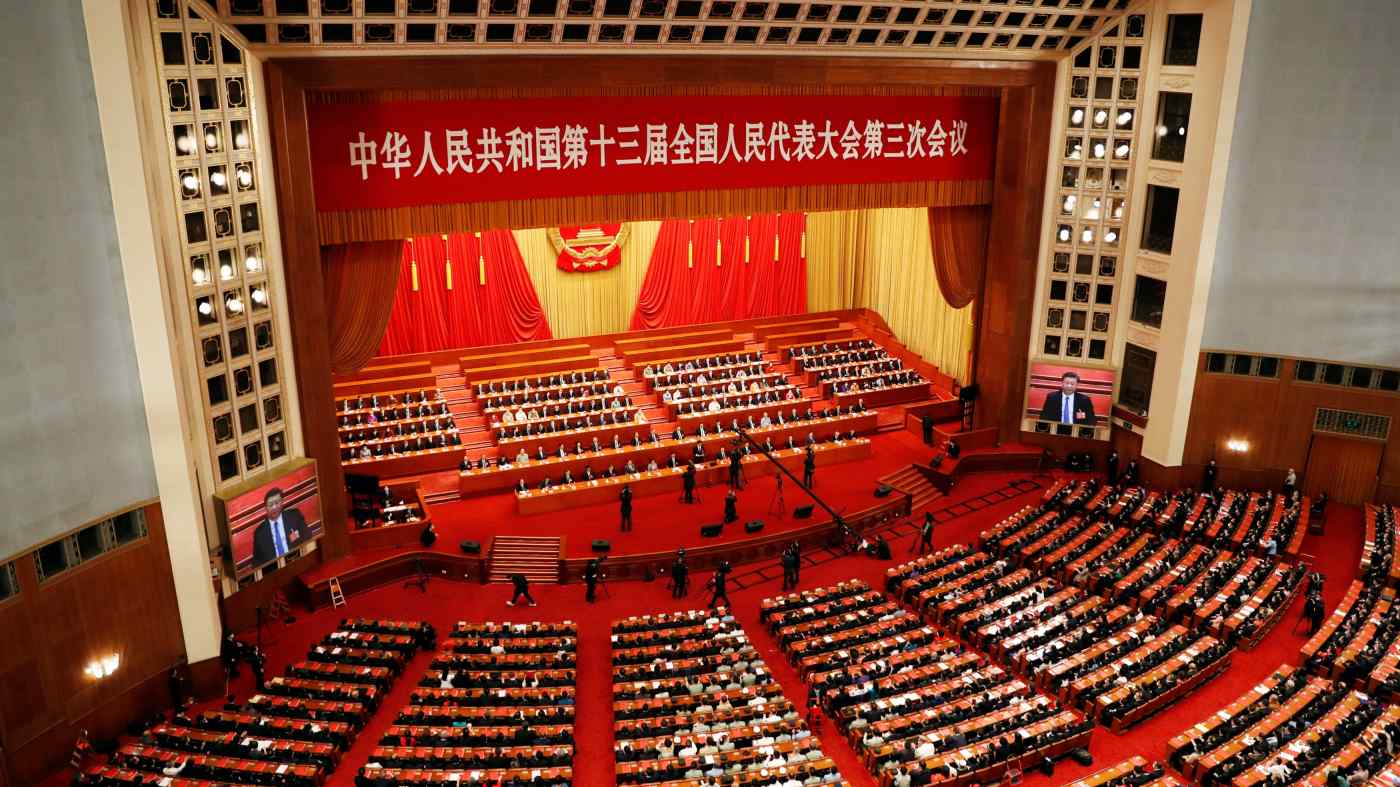 Officials attend the closing session of the annual National People's Congress in May 2020. China is expected to provide insights into its long-term economic strategy at this year's gathering, which begins March 5.   © Reuters
IORI KAWATE and TAKESHI KIHARA, Nikkei staff writersFebruary 27, 2021 07:58 JST | China
CopyCopied

BEIJING/HONG KONG -- When China convenes the most important event on its political calendar, the annual National People's Congress, on March 5, it will approve a long-term plan spanning 15 years. By the end of that road map, in 2035, China sees itself replacing the U.S. as the world's largest economy.

The NPC -- China's parliament -- will also move to quash any criticism of the Communist Party, weighing major electoral changes for Hong Kong to ensure that the territory is firmly under the control of Chinese "patriots."