Outgoing Secretary of State Mike Pompeo. One of his last official acts was to issue the statement on the Uighur situation in China.   © Reuters
TSUKASA HADANO and TSUYOSHI NAGASAWA, Nikkei staff writersJanuary 21, 2021 04:15 JST | China
CopyCopied

BEIJING/WASHINGTON -- China slammed outgoing U.S. Secretary of State Mike Pompeo on Wednesday for accusing the country of genocide against its minority Uighur Muslim population, likening the allegation to a "piece of waste paper."

Early on Thursday morning, local time, Beijing followed up by announcing sanctions on 28 Trump administration officials, including Pompeo, right after Biden was sworn in as president.

On Tuesday, Pompeo issued a statement saying he determined that China has committed a litany of human rights atrocities against minority groups, primarily against the Uighur population.

In response, Hua Chunying, spokesperson for China's Ministry of Foreign Affairs, called Pompeo "a doomed clown and a joke of the century" who is notorious for spreading "venomous lies" during a news conference.

"Pompeo's so-called determination is nothing more than a piece of waste paper," Hua said.

Announcing the sanctions list,the Foreign Ministry said in a statement that the people "planned, promoted and executed a series of crazy moves which have gravely interfered in China's internal affairs, undermined China's interests, offended the Chinese people and seriously disrupted China-U.S. relations."

Pompeo accused China of arbitrarily detaining over 1 million civilians in the Xinjiang Uighur Autonomous Region in western China. The state also engaged in forced sterilization, torture and forced labor, according to Tuesday's statement.

"I believe this genocide is ongoing, and that we are witnessing the systematic attempt to destroy Uyghurs by the Chinese party-state," said Pompeo, using an alternative spelling for Uighur.

Pompeo called upon China to release all those arbitrarily detained. He also urged relevant international bodies to join the U.S. "in our effort to promote accountability for those responsible for these atrocities."

Pompeo's statement appears to single out Chinese President Xi Jinping as a major party responsible for the genocide.

"The United States has worked exhaustively to pull into the light what the Communist Party and General Secretary Xi Jinping wish to keep hidden through obfuscation, propaganda, and coercion," Pompeo wrote.

The statement was issued on the eve of Joe Biden's inauguration as U.S. president, and comes in the wake of a series of diplomatic moves in which the outgoing Trump administration appeared to try to pin down the Biden administration on policy stances.

"All of that speaks to an effort to commit genocide," said Blinken. "I agree with that finding."

Blinken added that the U.S. should make sure it is not importing products made with forced labor in Xinjiang. He backs a tough approach against China and said he plans to maintain the hard-line policy against the world's second-largest economy.

Pompeo's designation of China as a perpetrator of genocide was not expected to lead to immediate sanctions. Biden, however, has placed emphasis on upholding human rights. His administration could potentially adopt a harsh response against China concerning the mistreatment of the Uighurs. 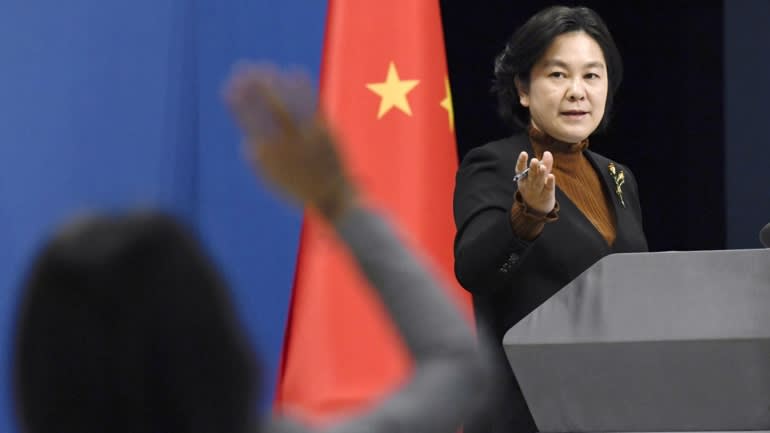 China began ramping up its crackdown and surveillance against the Uighurs following a deadly explosion at an Urumqi train station in April 2014, shortly after Xi visited the city. Authorities classified the incident as a terrorist attack, and Xi ordered them to take decisive action.

In September, the Xi administration held a central symposium on work related to Xinjiang -- the first such meeting in six years. The Communist Party's policies in Xinjiang are perfectly right and must be adhered to on a long-term basis, Xi said at the meeting.

Xi also told European leaders that month that China will accept no "instructor" on human rights, signaling that he has no intention of yielding on the subject.

"Turmoil in the Uighur region could spread to Tibet and Inner Mongolia, which have a large population of ethnic minorities, and could impact China as a whole," said one foreign policy expert at a university in Beijing.

The Convention on the Prevention and Punishment of the Crime of Genocide, adopted by the United Nations General Assembly in 1948 largely in response to Nazi atrocities against Jews during World War II, requires countries to punish perpetrators of genocide. The convention has been ratified by about 150 countries, not including Japan.