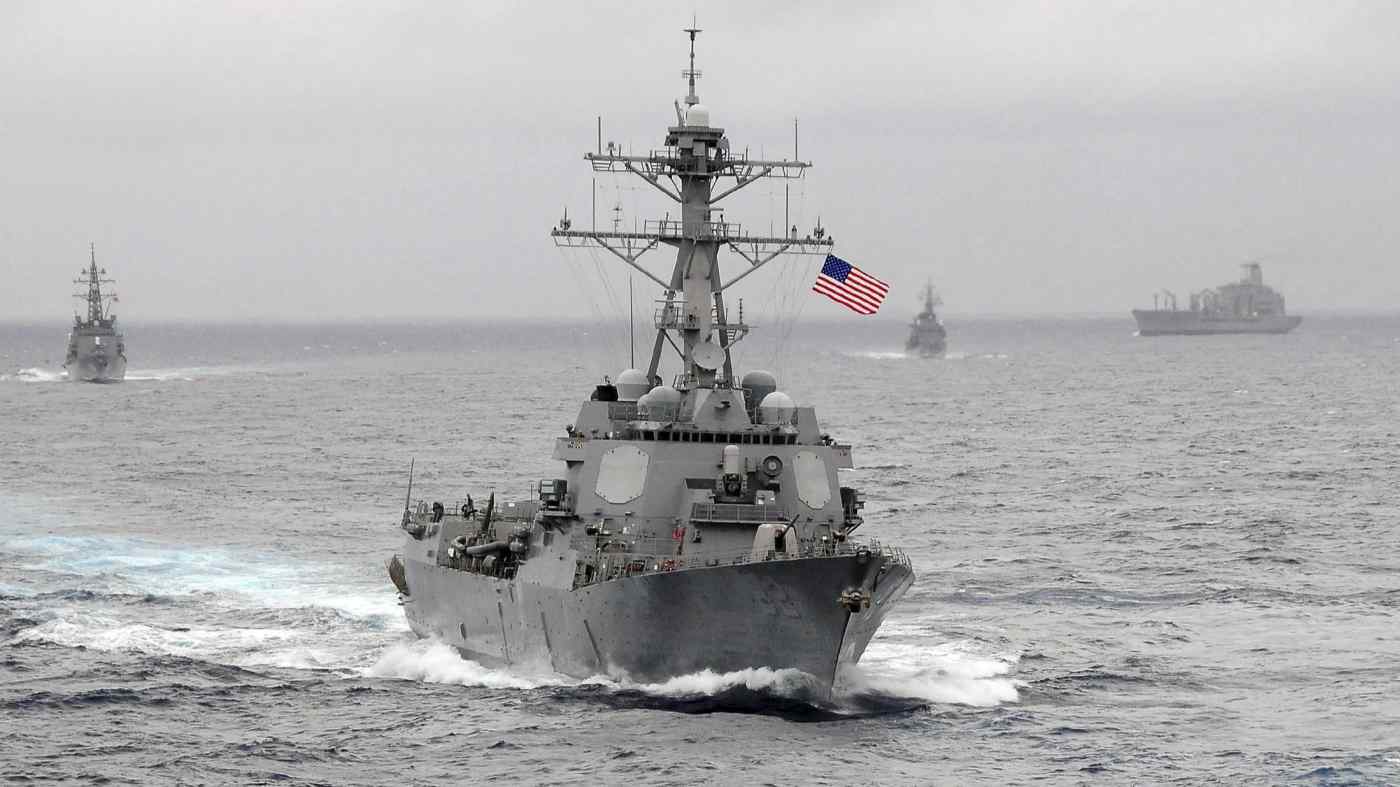 The guided-missile destroyer USS Lassen is seen in this October 2015 file photo: The U.S. Navy sent another destroyer, the USS Barry, through the Taiwan Strait on Oct. 14.   © Reuters
October 15, 2020 12:08 JST | China
CopyCopied

BEIJING/TAIPEI (Reuters) -- China said on Thursday the United States was seriously undermining peace and stability in the Taiwan Strait after a U.S. Navy destroyer sailed through the waters amid escalating tensions between Beijing and Taipei.

Zhang Chunhui, spokesman for China's eastern theatre command, said in a statement that the Chinese military followed and monitored the USS Barry when the destroyer made what the U.S. Navy called a "routine Taiwan Strait transit" on Wednesday.

China considers Taiwan a wayward province that needs to be reunited with the mainland, by force if needed. The United States government, on the other hand, has stepped up support for the island recently to support what it considers an important democratic outpost.

Beijing has accused Washington and Taipei of "collusion" towards the island declaring formal independence and recently ramped up air force activity near Taiwan in a show of force.

The White House is pushing forward to sell to Taiwan sophisticated military equipment including MQ-9 drones and a coastal defensive missile system, sources familiar with the matter told Reuters on Wednesday, fuelling further tensions in what is already an increasingly adversarial Sino-U.S. relations.

Taiwan's defence ministry said in a separate statement that the USS Barry sailed in a northerly direction through the strait and that its forces also monitored the warship, adding that the situation was as normal."